Whimsical Vision for the Future of Honda’s Self–Driving Car

On Wednesday, the Japanese Auto manufacturing giant gave a sneak peek into the prototypes of Honda self driving car. As per the reports from company’s spokesperson, the autonomous vehicle is already on its way of providing safety functions that are semi-autonomous to the mass market. 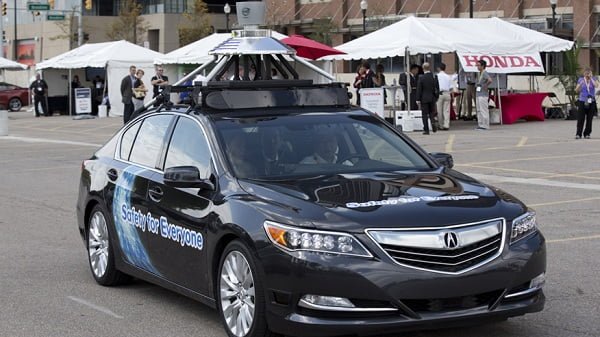 Recently in March, General Motors hit the news headline for the whopping amount it paid for acquiring a startup, which develops autonomous technology. The company forked more than $1 billion, which almost valued at $90M for Cruise Automation.

The Tokyo – based automaker, on the contrary, has been less vocal about plans related to Honda self driving car. The larger competitors of Honda like General Motors and Toyota have never shied away from the opportunities to show off their major development projects, major research, and big-ticket acquisitions.

Tech biggies like Google and Ford announced a partnership to build autonomous cars. It was reported that Ford will announce the partnership at CES in Las Vegas. Since neither company has confirmed the partnership, the exact details of the partnership are still unknown. By partnering with Google, Ford certainly received a huge jump in the self-driving vehicle market. While Ford has been experimenting with its own self-driving technology for years, it was revealed recently that it was planning to begin testing on streets of California. However, Google has 53 test vehicles on the road in Texas and California, with more than one million miles logged in autonomous driving.

The Self-driving car initiative of Google has been going quite well over the past year. Google is one of those earliest pioneers of the concept of self-driving cars. According to the report, Ford and Google’s partnership will mean a lot to autonomous vehicle industry. Also, Apple is quietly working on its own technology for autonomous driving, but it prefers to keep things under wraps rather than openly discussing it.

Honda self driving car has been making waves for the price tag, which is relatively puny, for its latest Civic LX Sedan, which arrives equipped with self driving capability. But under the intense radar, Honda is busy designing semi-autonomous elements. These elements include lane-keeping assist, lane-departure warning, and forward-collision warning. Honda self driving car price is relatively cheap as upcoming model Acuras and Civic in 2016 will cost around $22,000. This is indeed a great start for Honda.

Jim Keller, chief engineer for Honda Research and Development Americas, referring to the pervasive industry hype said, the company always under-promises and over-delivers. There are a lot of promises that have been made by lot of companies, especially Honda’s giant competitors. The introduction of autonomous feature in vehicles will play like a unique differentiator for the Japanese giant. The company is commited to the concept of safety for everyone.

Honda introduced self driving car with two prototypes, which it has been using in the testing feature at the GoMentum Station.