We make use of the social networking sites on a daily basis. It brings to us new ideas and news from all across the globe. But it is also a fact that social media can never be trusted with whatever you read. We hate to admit that we too make use of the social networking sites more than we should but then at least we know (or we feel so) that we need to be more cautious than ever!

Technology has taken over humans in a way that is shocking and mind-boggling. The internet then came into play and took over people’s lives in unimaginable ways. What is really freaky is how the young don’t know the difference between the real and virtual, usually thinking that they mean the same. The erosion of the real world is something that must really be the concern of our times.

Language has gone for a toss, boss!

The first thing that bothers us a lot is the language of the digital natives. The general internet culture has also had its effect on the English language, which breaks our heart. Social media has the effect of dumbing down people. We have heard instances where people have lost the art of talking and more so, talking elaborately and eloquently. Oh the charm of writing and receiving letters!

The conversations online are really scarring, to say the least. There seems to be no such thing vowels in words. They are left upon the reader of the text to add them wherever required. So words like ‘text’ become ‘txt’ and ‘road become ‘rd’. This is just the beginning. Another thing that is amusing is how numbers become a smaller part of a bigger word. So forward becomes 4wrd and great becomes gr8. Let’s not discuss the acronyms they use for phrases. This affects children in their studies as well because they do not seem to know the real spelling at all.

It is also sad how people no longer use their brains to come up with better usage of adjectives. Everything we see is ‘just awesome’ or ‘way sexy’ according to the social butterflies. What happened to coming up with words and sentences that have an uncanny yet an elegant flow. 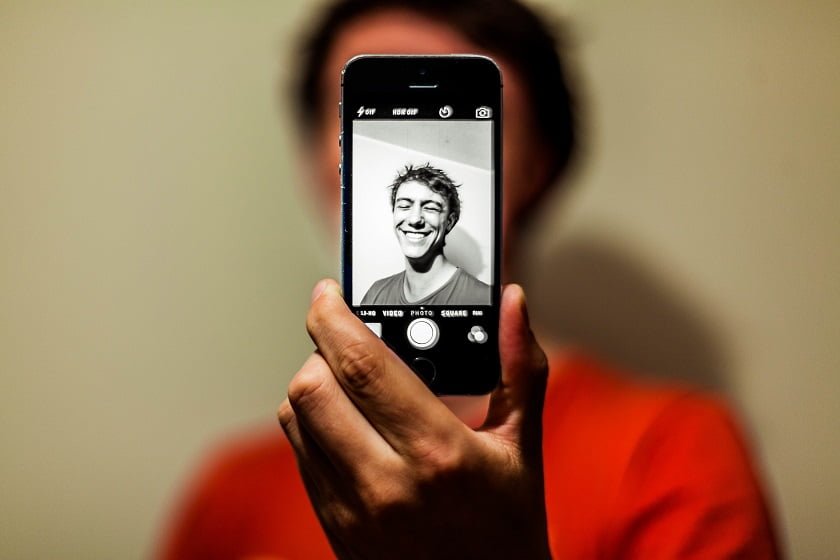 There is a lot that is circulated on the net these days. It is not uncommon to want to belong to a community. It is healthy in fact, to be a part of a group and indulge in conversations. But in all of this we must choose wisely about what we take in and what we communicate. A lot of debates and war of words that take place online should not be given the credibility they deserve because not everyone is an expert. Baseless arguments made online can be extremely harmful to consume.

“Let’s take a selfie!” This phase is repeatedly used. Everyone wants to update their Whatsapp, Facebook and Instagram stories. They yearn to join the rat-race. What they don’t realise is that they are being foolish enough to let people into their time and space. There is also the other kind of Selfie culture which instigates people to post dangerous selfies. And the persuasion of it has driven many people to fall to their own deaths. According to the Daily Caller, U.S ranks third in the number of deaths by selfie. Forbes states that most of the “killfie” take place on buildings, mountains and places with extreme heights. The second highest selfie deaths are the ones which are water related.

Yes, it is good to keep up with the times but not everyone takes it in the way they should. Let’s take the game The Blue Whale for example. The Russian founder of the game specifically targeted youngsters who were vocal, in the wrong way, on social networking sites. He went through the posts of his would-be victims and targeted those who had statuses and posts claiming they were depressed or fed up of life. We can understand you open up about your troubles so that people can help but there is a way to go about it. To those who want to be heard, go to people who actually care about you, are concerned and know how to help out. They are called parents, police and shrinks.

The stupidity behind it all is that they either feel it’s cool to be vocal or they want attention. But what they fail to see is that there is someone out there looking at your vulnerabilities and waiting for the right time to pounce on you. When dealing with stressful situations and depression, announcing on social media is the most foolish thing to do. I am reminded of a saying which I will loosely translate- don’t share your troubles with everyone because 90% of the people won’t care and 10% of the people will be glad that you have them.

We all debate about the surveillance issue. We were all angry when we found out what NSA was up to. You have been fighting for your own privacy. Then why are you willing to openly divulge personal details and locations? Did you know that the minute you open an account with Google, all your details are no longer privy to you alone. Everything in your phone is easily accessed by Google. Your phone is way smarter than you think. It reads you, analyses your moves, knows where you are and what you do. When we feed our information –without thinking twice – we need to know that, indirectly we are giving them all the tools they need to spy on us. You think that they won’t do anything, but have you ever gone through the privacy policies of the social networking sites that you use? It is funny how subtly they ask us for getting access to our contacts and galleries. You cannot do anything about it because you have already agreed to their terms and conditions- without even reading a word. We easily get fooled by what they have to offer, forgetting the bigger picture in mind.

As a student, we had discussed in class how websites and social networking sites commodify people. If you think that you are a customer or a user, then I am so sorry to burst that bubble. In reality, you are nothing but a commodity to them. Sounds silly? The research paper titled Selling You and Your Clicks (I sincerely urge you to read this) states how our information –something that is very private – is shared by the service provider to other advertisers. The information is sold to other parties. So if you think that you are special when you get special offers, then think twice. You are just a small part of their greater plan. You are just a “commodity” for the advertisers. Imagine, what if all your details are leaked because of some technical goof-up? You really do need to concern yourselves with these issues because cases like identity thefts are beginning to sky rise. Don’t you see advertisements coming up on the sides of your Facebook and Google pages? And they are usually about something that you might have purchased or typed in your Google search. Should this not concern you? Is this not a kind of breach into our privacy too? Then why are we silent on this front?

Social networking sites look so appealing that we become numb to the possibilities of it spying on us. When we give in the information, we do not realise that it takes complete control of us and uses us as commodities, selling our information just to get money. Google works on the dumbness of people who feed all the information. This information is then sold to advertisers who will advertise their products through pop-ups and small advertisements that appear on the side.

The long-time debate of digital immigrants and natives is something that came along around the same time technology and the internet showed up. The digital natives are constantly at war with the digital immigrants blaming them for not being understanding and cool. Digital natives seem to be forgetting that the immigrants have seen the world a bit more than them and rather than branding them as old-school, they could take a leaf from them. Learn to look up from the screens, learn to live in the reality and use the lens of your eyes and not camera lens to appreciate the beauty outside. Frankly, we natives are the ones who are really stupid enough not to enjoy life the way it needs to.

We are so taken up by the goodness provided by the social media that we literally ignore the unimaginable harm it is causing us. We will also not tell you to be completely aloof from the online world, but when you are given the means of getting so much, choose wisely. Think carefully and select what to say and what to follow. Choose carefully, because there are possibilities that you may become what you follow.

Be mobile. Not – in your mobile.

“One key area that appears to have been affected is reflection”, states Marc Prensky in his write-up ‘Digital Natives, Digital Immigrants’. The net has gotten us into the habit of instant gratification. We no longer like to take time by going and reading up in the library. Also, once we get what we want, we don’t think about it and reflect over it, we move on to something else. Reading books (not digital, please), listening to music, sharing time with your parents and grandparents, talking with people face-to-face is something that goes a long way and teaches us more than what the online world has to offer. So keep that darned screen aside and go outside in the open, feel the fresh breeze and the warm sun. Play in the snow or just sit by the pond. This will help you think and ponder over things, make you ask questions, debate on various subjects and most importantly it will also help you think creatively and critically.

Our words may not seem to make sense now, but, we quote a line from Boyzone’s song “It’s only words, and words are all I have…” We end by saying please choose to be discreet when online. Be careful and be wise, not otherwise.