To unravel marine life mysteries rubbed by the spook-nature of other aquatic documenting models, MIT has unveiled a Robotic fish referred to as SoFi, which is designed to behave just like fish while studying the marine life.

The Robot fish, SoFi which can swim independently with real fish in the oceans was designed by the Computer Science and Artificial Intelligence Laboratory (CSAIL) team from MIT and published in a paper last week, March 21.

SoFi has been tested in Fiji Rainbow Reef where it swam up to 40 minutes in a single dive at depths beyond 50 feet. The Robot fish provided high-resolution videos and photographs using its fisheye camera lenses while also maneuvering the ocean currents perfectly. It has a rare ability to control buoyancy from its weight using an undulating tail, swim downwards or upwards and also in a straight line. The CSAIL team customized an acoustic communication system using a waterproof Super Nintendo controller which regulates the device speed and movement.

“To our knowledge, this is the first robotic fish that can swim untethered in three dimensions for extended periods of time,” says Katzschmann. “We are excited about the possibility of being able to use a system like this to get closer to marine life than humans can get on their own.” 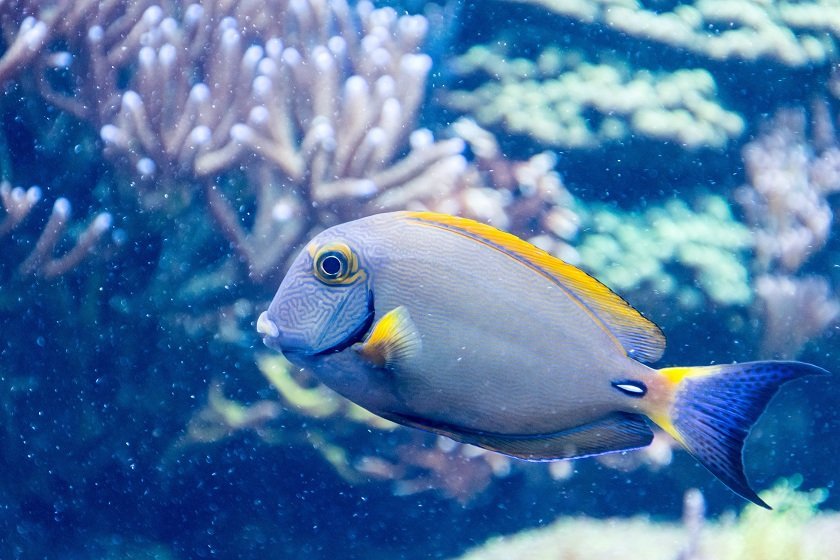 Most parts of the robotic fish are 3D-printed

SoFi’s setup makes it one of the simplest autonomous underwater vehicles (AUVs). It comes with one camera, an electric motor, and a lithium battery (same with those in our smartphones). Two balloon-like chambers mounted at the robotic fish’s tail are pumped with water by the electric motor, making it operate like conventional motor engine pistons. Each chamber expands to bend and flexes towards one direction which changes as the second chamber is pumped and the other deflated.

The quick direction changes create a motion that mimics how a real fish swims; side-to-side. Different tail movements allow the robot fish to attain different swimming speeds through the hydraulic system, achieving an average speed of about “half a body length per second.”

Biorobotics professor at the Sant’Anna School of Advanced Studies, Cecilia Laschi, said: “The authors show a number of technical achievements in fabrication, powering, and water resistance that allows the robot to move underwater without a tether. A robot like this can help explore the reef more closely than current robots, both because it can get closer more safely to the reef and because it can be better accepted by the marine species.”

Most parts of the robot fish are 3D-printed, including the head that contains all the electronics. SoFi’s back is made of flexible plastic and silicone rubber. To minimize the risk of having water leaks into the machinery, its head is filled with baby oil; a fluid that would not compress due to motion-induced pressure changes.

C'est génial! WaitChatter helps you learn French while you GChat