One of the most dreadful subjects in a student’s life is mathematics. Considered a challenging subject for majority of the students around the world, various companies launch ways to make maths easier by introducing math scanner. While learning algebra or any such advanced math, solving an equation can be confusing and complicated. Due to the advent of technology, various match scanner apps are available in the market which help in solving equations. But the math app known as PhotoMath is way different than all the other conventional math solving apps. This PhotoMath App helps one solve all complicated math problems just at the touch of a button in the literal sense. The PhotoMath app is available on the Google Play Store as well as the iOS store.

Why is PhotoMath a boon for the students?

As the name suggests, PhotoMath solves all sorts of maths equations through the technique of a picture. All one has to do is click a picture of the problem which needs to be solved and the app produces its solution immediately. In order to use this app, one needs a smartphone with a camera and this app installed in it. The installation of this app is absolutely free. After this, scan the problem which needs solving in the camera of the app. This will be followed by the detailed solution of the given problem. PhotoMath also provides a proper explanation of the process of the equation. 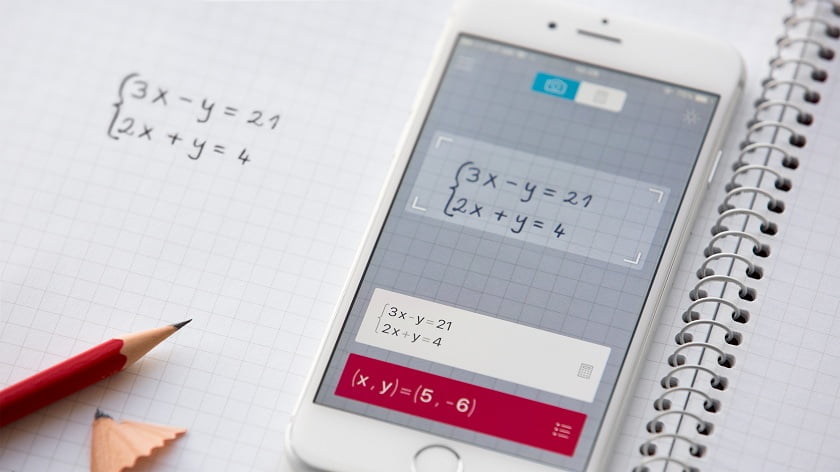 Why is the hype for PhotoMath 3.0 justified

Until now, the camera of PhotoMath could only scan printed equations and solve them. But this week, PhotoMath has released the 3.0 version of this app bringing a major update in its working. This new version can not only scan printed text but can also scan handwritten problems making things easier for the user. Now all one has to do is jot down the problem on a piece of paper. On scanning this problem, the solution is available making maths a piece of cake for the students.

This latest update also introduces a new math expert system known as PhotoMath+. This feature would solve problems close to the way humans solve them. It would also explain the users about how to solve it themselves. This is done by a step-by-step explanation and colourful illustrations. The idea behind this feature is that only providing the solution of the equation isn’t enough. It is more important for a person to understand the working of the problem. Earlier this app just helped students in completing their homework. But after this update, this app now also helps a student in understanding the subject better. Currently, this update is only available on iOS but it’s introduction on the Android portal will take place by the end of this month.

PhotoMath founder Damir Sabol says that this app has been downloaded over 36 million times on Android and iOS. It is consistently one of the top 5 educational apps in the US. The PhotoMath+ service is available on an unpaid basis till November 30. After this, a premium charge will be applicable on its use. The finalization of the pricing and subscription model has not taken place yet. But the core services of this app like solving problems by scanning formulas through the camera will remain complimentary.