Sony came up with its Alpha-series mirror-less system camera lenses, proving once again that it undoubtedly crafts the most exceptional full-frame camera in the market, with its real power shining bright with this new jaw-dropping lens. This entire professional-grade lens is all set to be shipping by mid of August.

The 12-24mm marks Sony’s 11th lens in its high-end G Master line. It presents an appreciably fuller field of view than Sony’s existing f/2.8 full zoom, the 16-35mm f/2.8, and competes straight out with the Sigma 14-24mm f/2.8 DN. With this new introduction, Sony’s gets an advantage over the Sigma with the extra 2mm on the wide end. While this mere 2mm seems like a small difference, it is more significant than one can comprehend. Sony asserts a close 10-degree increase in the field of view at 12mm compared to 14. 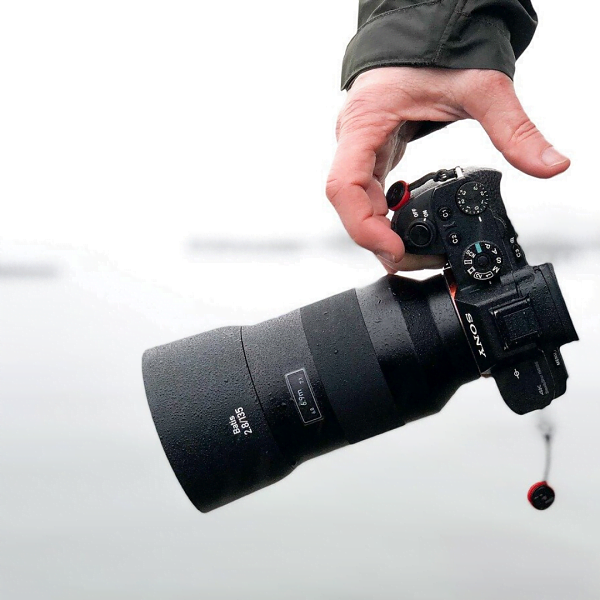 The Sony f/2.8 zoom lens isn’t merely for its field of view that the 12-24mm G Master looks to be a brilliant lens.

The new incomparable Sony lens is certainly situation-specific, but its ability to see damn near behind itself gives it an unbelievable capability to develop space in tight rooms and car interiors, action shots to be grabbed compellingly just inches away from the action itself. Additionally, it can also capture and perform some quite incredible things with the right landscape situation and also do wonders in astrophotography by pulling in vast quadrants of the night sky.

The Sony f/2.8 zoom lens isn’t merely for its field of view that the 12-24mm G Master looks to be a brilliant lens. It calls for a novel variant of the anti-reflective coating as the interior curvature is too stern for Sony’s existing lens coatings. Its optical design features three extreme aspherical (XA) elements, including a front objective lens that is the most significant XA element Sony has ever created for an Alpha series lens. It also comprises of four linear focus motors split between two focusing groups and is the first full-frame ultra-wide to use linear motors. These features indicate high-speed focus performance and enhanced accuracy for sports and action photographers depending on continuous autofocus.

This widest professional lens by Sony also features a sharp detail, high contrast, low chromatic aberration and minimal astigmatism and field curvature out to the corners of the lens. It’s hardy, with a dust- and moisture-resistant case and a fluorine front element coating that wards off the water, oil and other contaminants.

And all these fantastic features fit into a body that weighs just 29 ounces, a mere 4 ounces heavier than the Sigma 14-24mm DN, which was purpose-built to be as compact and lightweight as possible.

But as cool as this new lens is, it is essential to mention here that this superb piece of lens kit is super pricey, with a retail price of USD 3000. The profoundly alleged replacement to the A7S II camera has been confirmed for summer, but it seems like the wait for it is a bit longer for the official statement.