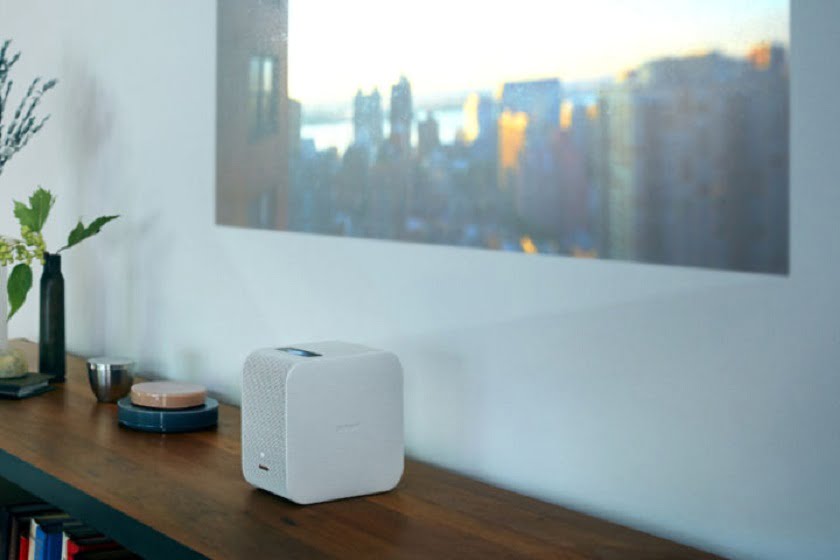 Sony is about to add a new product in its inspirational range. The new product is the Portable Ultra Short Throw Projector (LSPX-P1), which comes in the form of a little box that can beam an image onto any surface.

This projector can beam an image on a surface from a very short distance. The company also has another similar product named 4K projector which is much larger and uses the same technique as Ultra Short Throw Projector. However, this one can be integrated into your home with ease due to its smaller size and portability feature.

This tiny box is really different from conventional projectors that are bulky, require to be plugged in, and require big screens. While this projector is small enough to carry in one hand, it can be operated wirelessly and can beam images of 20 to 80 inches on any nearby surface.

This battery-powered projector has height and width of 5.16 inches and is 3.19 inches thick. It works for two hours between charges. You need to provide an HDMI input or through a wireless hub in your TV, PC or a Blu-ray player. You can also use it through your Smartphone with the help of Bluetooth Low Energy. It uses Wi-Fi module for communicating with your devices so you can take it anywhere within the range.

It comes with an optional stand that makes the device look more like some furniture. This device also comes with a built-in speaker.

This Portable Ultra Short Throw Projector will be launched on 13 February 2016 and will cost around $798. However, it will be available in the United States in spring.

Sony is also unveiling its Glass Sound Speaker on February 13. It is a 360-degree Bluetooth speaker, with an outer glass casing. The cylinder-shaped glass case comes with lightening around the rim and at the base. The design of this Bluetooth speaker is really amazing compared to other speakers available in the market. The price of this speaker is $634 and will be launched in the US in spring.