Sony’s Wearable AC ‘Reon Pocket’? – How Practical is it?

Summers are here, and everyone looks for relief and respite from the intolerable heat! In such a time, a transportable AC is the best option. Well, there is good news as relief from the summers. Sony recently launched a new pocket air conditioner which can be connected to the smartphone through Bluetooth connection. The ‘Reon Pocket‘ as it is called, is a handheld air conditioner and can be worn by a person. It was first unveiled in 2019 and was supposed to be launched during the 2020 Tokyo Olympics. However, as the Olympics are postponed, Sony decided to launch the device in Japan.

The Reon Pocket AC weighs 85 grams and is entirely small fit enough to snuggle in a regular-sized pocket. Sony also launched a unique t-shirt along with the AC to fit it into the pocket. Sony stated that the wearable AC would reduce the temperature by 13 degrees Celsius and can also increase it by 8 degrees. The wearer can adjust the AC temperature by connecting the Reon Pocket with an app installed on the smartphone. The wearable AC is supported both by Android and iOS devices. 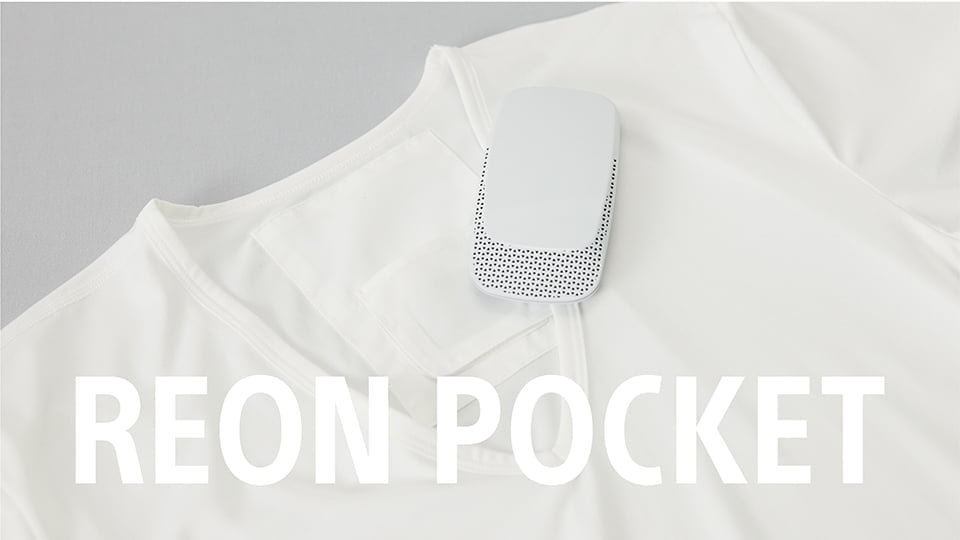 The Reon Pocket AC weighs 85 grams and is entirely small fit enough to snuggle in a regular-sized pocket.

The exclusive T-shirt suspends the wearable AC device in the middle of the back of the person just below the neck. The Sony Reon Pocket uses the Peltier effect to also serve as a heating pad and aims at helping cool the wearer’s body temperature by 23 degrees Fahrenheit at hot temperatures.  Coolness sets in when the heat is removed through small fan located at the back. It vents out warm air away from the body. The Reon Pocket can be manually adjusted as per the requirements of the wearer, or even set at an automatic mode which uses specific temperature and motion sensors to detect the activities of the wearer, how they’re feeling, and then accordingly adjusts the cooling mode to give comfort to the wearer.

The Sony Reon Pocket can also be used in winter months as it can function in reverse to help raise the body temperature of the wearer as by 14 degrees Fahrenheit.  Given its pocket size, the internal battery of the device is good to go for around two to four hours of comfort depending on how hard it has to work. The device takes around two hours for it to recharge before it can be used again. However, the Reon Pocket AC is not suitable for use when working out, during exercise, during work that involves intense sweating, and in situations when the body is exposed to water. The Sony Reon Pocket is available only in Japan for 13,000 Yen.

The Reon Pocket has a minimalistic and sleek design with optimal comfort for the wearer. With climate change and global warming heating temperatures across the globe, the wearable AC is an excellent device to use.

Sony’s Wearable Air Conditioner Can Fit in Your Pocket