After Microsoft wrapped up its E3 2017 conference it was Sony’s turn to reveal updates and new releases. The Sony E3 2017 keynote did not have a major show regarding announcements but there were some interesting updates and trailers. Last year, the company had released new hardware and this year, well, it is all about games. Basically, this was a keynote regarding the software line-up of the company. We have a round-up of the best software updates from Sony E3 2017 in this article. 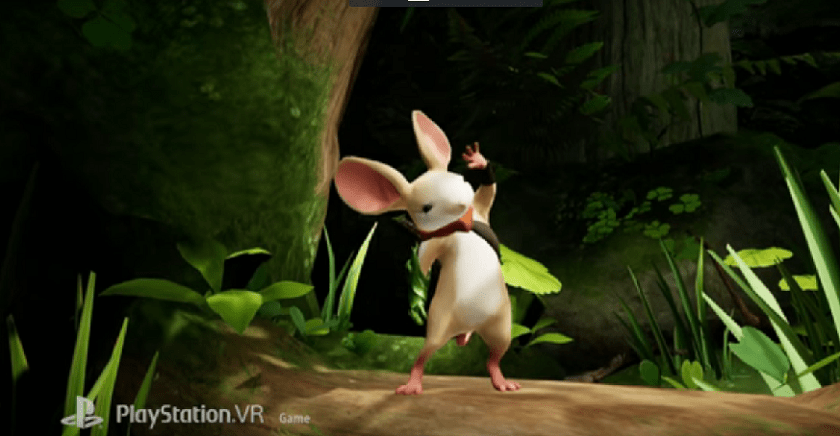 Screenshot from the Trailer of the game- Moss (Picture Credits- YouTube)

From the Unchartered series, this is the first one that will not star Nathan Drake. This game will have new female heroes- Chloe Frazer and Nadine Ross. This time it seems that they are behind an ancient treasure in India, probably the Ganesha’s tusk. This game is set for release on 22nd August for the Playstation 4.

Shadow of The Colossus- A HD Remake

This classic from the Playstation 2 is getting a remake, and this time in a HD version. Although this game was remastered for Sony’s Playstation 3 back in 2011, this time it will be a full HD version. The date is not out yet but it will release somewhere around 2018 (Don’t make us wait so much Sony).

At Sony E3 2017, the company released a seven minute gameplay for its game- Days Gone. This game is based on zombie survival in an open world. It is set in the high desert of Pacific Northwest. The seven minute trailer starts with a chase sequence eventually ending to a hostile camp. The game does not have a release date yet.

We can obviously not forget to include Marvel’s Spiderman in this list. The gameplay of the upcoming Spiderman game by Insomniac games, Marvel, and Sony Interactive Entertainment has amazing acrobatic abilities and web-slinging in the open world. This game is set for release in 2018 and for now, it’s a Playstation 4 exclusive.

VR Games for the PlayStation

The Playstation got a handful of new games for its VR experience. The list includes games like- Star Child, Bravo Team, Skyrim, The Inpatient, Monsters Of The Deep, and Moss.

Well, there were many other updates to games also. But for now, these are the most important game announcements made at the Sony E3 2017 keynote.