Elon Musk is everywhere in news these days with the TED Talk on tunnel vision, the company merging human brains with machines – NeuraLink, and more. This just in, Elon Musk’s SpaceX successfully landed the Falcon 9 rocket on the landing ground after launching the spy military satellite.

The Falcon 9 rocket touched down the company’s Landing Zone 1 located off the coast of Cape. It is the fourth time that SpaceX has landed its rockets on land and eleventh time the company has successfully recovered a rocket after the launch.

The rocket had taken off at 7:15 AM ET from LC-39A at Kennedy Space Center in Florida, loading a secret spy satellite NROL-76 for the NRO (National Reconnaissance Office). This is the first mission of SpaceX for the US military after receiving the official certification to launch the satellites for the Air Force two years back. SpaceX with this launch marked a breakthrough by breaking a 10-year old monopoly of United Launch Alliance. The remarkable launch had major concerns with the National security. Although, we do not have much information about the prime motive of the mission or the satellite’s orbit.

The broadcast of the spy military satellite’s launch displayed the portion that would not be subject to the National Security. The stream only showed certain shots of the initial loft and initial descent. We didn’t get to see any views of the spy satellite venturing deep in the orbits. The audience instead was shown the views of the payload-carriage rocket Falcon’s landing back to Earth. Additionally, there were continuous shots of the falling rocket with a never before seen an angle in the online streaming. 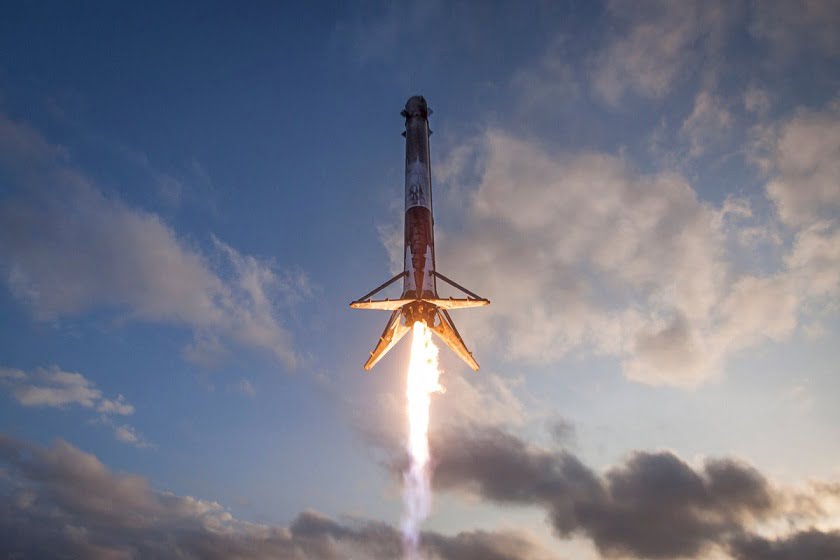 For the launch of spy military satellite NROL-76, SpaceX used the new Falcon 9. But the company had showed us that it possess the capability of re-flying the rockets that have flown earlier also. Using Falcon 9 first stage the company launched a satellite for SES in April 2016. The first stage of the Falcon 9 also landed after the take-off. Though, it landed at a point near one of the SpaceX’s drone ships in Atlantic.

We have no clue whether SpaceX will fly the Falcon 9 currently used to loft the spy military satellite. But we could see previous rockets taken for re-use for commercial launches as well as military mission. According to Florida Today, a commander of AirForce said that they would be comfortable with lofting with reused boosters. Since the boosters prove well that they are going to get their satellites into the orbit.