A test flight of the Starship of SpaceX – termed as the next-generation spacecraft by Elon Musk was launched for a brief flight. It, however, came to an explosive end. The brief flight was scheduled to rise to an altitude of around 6 miles and then move back to the landing pad. But when the prototype rocket fired its engines to position itself back to a vertical orientation, it seemed that one of its engines didn’t ignite properly and the Starship hit the ground at an angle and disintegrated into a massive fireball. “We need to work on the landing part a bit,” stated John Insprucker, a SpaceX engineer.

The end of this prototype was similar to the last test flight conducted in December which also ended in a big explosion at the landing. The Federal Aviation Administration, which is regulating the rocket launches, stated that it would analyze and investigate the crash of the prototype.  “Although this rocket was an uncrewed test flight, an investigation will surely be done to identify the root cause of the mishap and to find out possible opportunities to upgrade safety measures of the system”, an agency spokesman stated.  SpaceX has permission from the F.A.A for the launch. 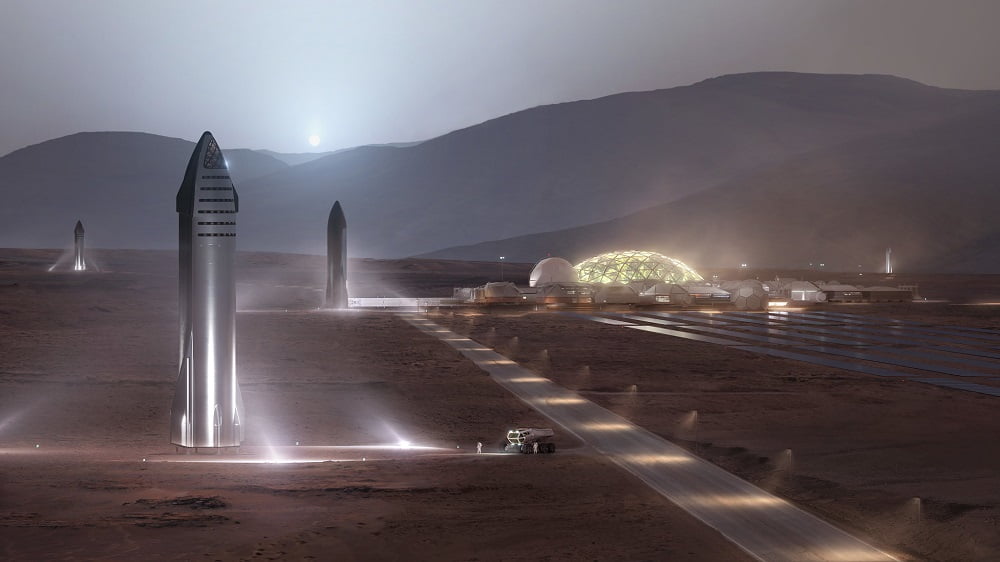 Last week, SpaceX and government regulators were in a standoff. SpaceX filled the Starship’s propellant tanks – its ninth, and was looking forward to the launch. But the rocket remained on the ground when it didn’t receive any approval from the F.A.A. Musk then expressed his frustration on Twitter, stating that the reaction from F.A.A. that oversees SpaceX as a “fundamentally broken condition.” He further stated, “The rules by F.A.A. are meant solely for a few launched every year conducted by few government facilities. If things have to go by those rules, humanity will never reach Mars.”

Later, the F.A.A. gave its approval for the launch but revealed that the December launch went on without any approval by the agency. SpaceX then requested a waiver to conduct the test flight even though there wasn’t any portrayal that a pressure wave may be generated by an explosion that would not pose a danger to the public. The F.A.A. denied the approval request. SpaceX then defied the ruling and went ahead with the launch. Even if the Starship rocket landed perfectly, launching the massive rocket without approval was a grave violation on the part of SpaceX.  “The FAA required SpaceX Company to carry on an investigation of the explosion in the last flight, including a comprehensive analysis and review of the safety culture of SpaceX.” an agency spokesman stated.

SpaceX was also asked to halt the testing process that may endanger the lives of the public until the company made any changes that adhered to the rules of the F.A.A. The F.A.A. stated that the changes were incorporated in the recent launch. “We anticipate to not take any other enforcement action,” the F.A.A. stated. It also stated that SpaceX this time adhered to the safety regulations, and hence a green signal was given to the text flight.

SpaceX has emerged successful in the rocket launch business. The company is now at the forefront and one of the most valuable privately held companies in the world. The Falcon 9 rockets by SpaceX have become a primary tool to send satellites to orbit. The rockets routinely transport cargo to the remarkable International Space Station and have also transported NASA astronauts twice to the ISS in 2020. More similar trips are scheduled for 2021.  However, many people are skeptical about the definite assertion by Elon Musk that SpaceX is just few years away from sending a Starship to planet Mars. They state that Musk has repeatedly set deadlines and timelines for the SpaceX Company in regard to the Mars mission and hence has proved beyond optimistic to hasten the entire process.

The tenth Starship prototype is already ready and rolled into the Launchpad. It may fly later this month, stated John Insprucker.

Starlink satellites in London, Paris, and Seattle: Get timings and details here