Microsoft plans a $100 billion buyout of the popular streaming app, according to rumors

Don’t jump the gun to call it a cock and bull story, as the growing buzz regarding the ‘Netflix Microsoft’ potential takeover has some serious underlying equations that support the assumption that this crazy deal might happen for real.

Isn’t Netflix one of the most profitmaking companies in the world?

“Those were the best of times!” when Netflix saw its global subscriptions experience an astronomical rise amidst the turbulent times of the Covid-19 pandemic. The popular entertainment streaming app made the most of the ‘Covid Positive’ as it worked on a war footing with ample brand new content. Viewers consumed endless Netflix movies and series worldwide during the prolonged lockdown.

But things changed quite rapidly and the Netflix juggernaut came to a sudden halt last year. The leading entertainment streaming app took a note of its first record-breaking loss of subscribers since 2011.

Aided by the outcomes of various data driven surveys, the Netflix streaming platform predicts the loss of millions of more subscribers in the coming months owing to a host of reasons including the present volatility of the market. The relationship between Netflix and its elite list of investors has become a bit topsy-turvy thanks to such forecasts and forces the former to look for a financial lifeline.

Is the Netflix acquisition really possible?

Though until a while ago, this very question would have seemed nothing more than a hoax, it appears to be a real possibility now. Netflix dictated terms in the stock market with its thunderous bull run for the last few years. But in the present day scenario, it’s desperately trying to launch a blitzkrieg before it’s too late, as it continues to incur severe losses with the passage of every single day. With a lack of firepower in its financial arsenal, resorting to a possible buyout by some angel investor or tech-biz superpower seems to be the only way to make amends. 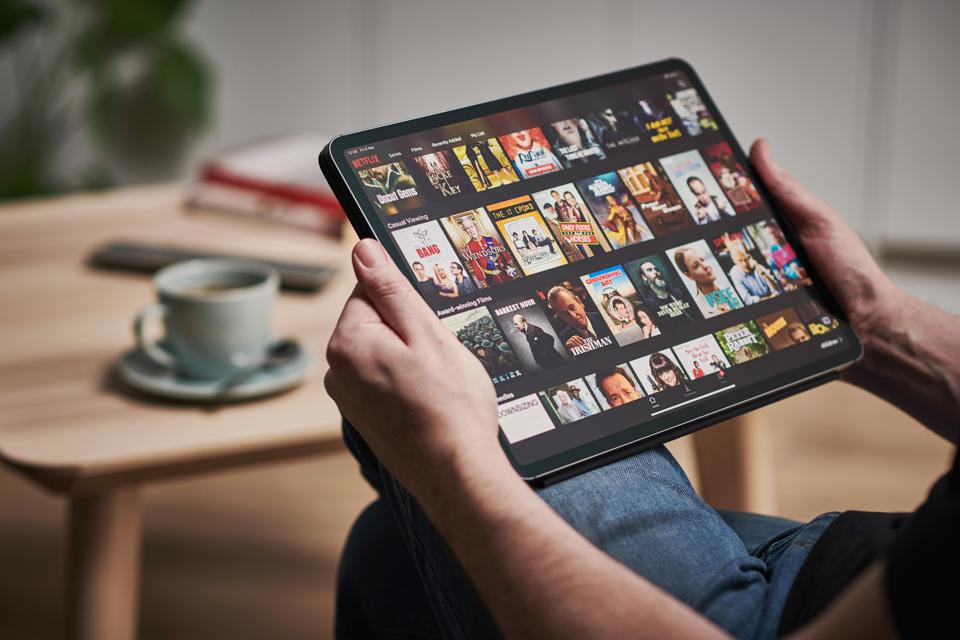 If Microsoft buys Netflix then it would indeed cause a massive turnaround for the global entertainment industry. (Image Courtesy: Forbes)

What makes Microsoft the frontrunner?

The potential Netflix acquisition would cost at least a staggering amount of $100 billion, and this leaves us with a handful of options. Microsoft, which has just joined hands with the Netflix app for a new ad-supported subscription model, aims to bring back some past glory by reviving the subscription sales of the Netflix app, has $105 billion of liquid cash in its kitty. This certainly adds fuel to the ‘Netflix Microsoft’ $100 billion deal speculations.

Another major aspect that adds more weight to the ‘Netflix Microsoft’ deal speculation, is Microsoft’s takeover spree – the tech giant company has successfully acquired as many as 19 companies since January 2021. One must note that the esteemed list comprises of the Activision-Blizzard deal priced at a whopping $69 billion.

Needham’s senior analyst Laura Martin, strongly feels that, “… Netflix is looking for an exit,” and “[it] is trying to get closer to Microsoft in hopes that, after Microsoft digests its Activision acquisition, it turns and buys Netflix next.” If Microsoft acquires Netflix, then it would be really interesting for the global entertainment industry, whose algorithms might change upside down. We need to give more time to see if the jaw-dropping $100 billion worth ‘Netflix Microsoft’ deal finally manages to see the light of the day. The thrilling episode appears ‘straight outta’ some Netflix series itself.