Technowize lists everything you need to know about the freshly-minted Splatoon 3.

You can’t afford missing out the intricate details regarding the Splatoon 3 mode changes and other important elements which are instrumental to unlocking the joyride called Splatoon 3. Let’s delve deeper into the world of Splatoon as its third installment has already started to set the Nintendo Switch platform on fire.

The World of Splatoon

Splatoon offers you to opt for the competitive online multiplayer mode as well as the story-driven single-player mode. It’s set in the city of chaos, Splatsville which is in the sun-scorched desert, Splatlands.

In the story mode (we advise you to start playing only after understanding the new Splatoon mode changes), your objective would be to join Agent 3 in a nerve-wrecking fight against the fearsome Octarians. In addition to this, you will be exploring various places in order to discover the secrets of Alterna, the Fuzzy Ooze and figure out how they are interconnected and overlap with the mode’s theme ‘Return of the Mamalians’.

The breath-taking animated visuals and background score are bound to give you goosebumps! You would love fight it out against fierce opponents in a serio-comic setting. 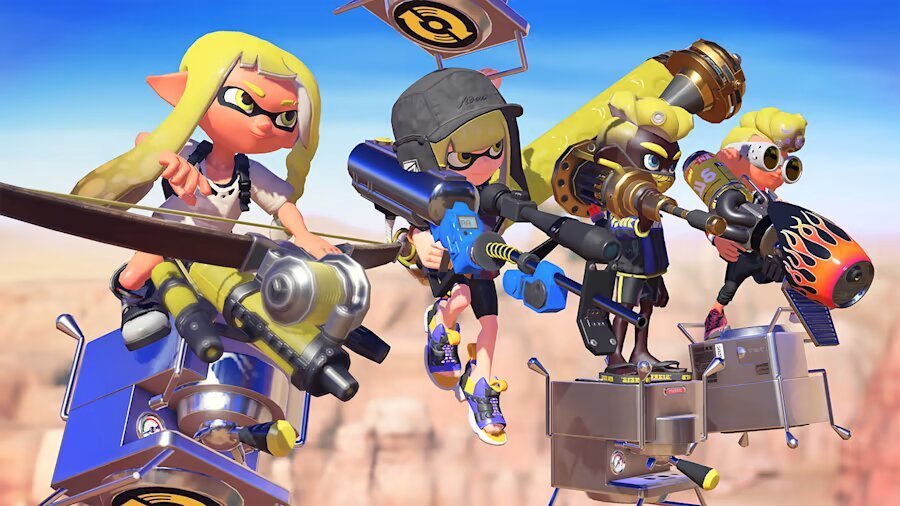 Splatoon 3 comes up with new maps and much more to give you an enhanced gaming experience. Alike, Splatoon 2, all the multiplayer modes function seamlessly in Splatoon 3. The major update in terms of Splatoon 3 mode changes, happens to be the new Rainmaker mode. Now, you have to carry it to a checkpoint first, then only you can transport it to an enemy base.

This Splatoon 3 mode changes the rules and allows you to access Anarchy Battles at level one, which could be accessed only at level ten earlier.

You have to answer ‘yes’ to the prompt which appears when you enter the Splatsville for the first time, to successfully transfer your ‘Splatoon 2 save data’. Remember, otherwise it will get lost permanently.

This is now live 24/7 and is equipped with the ability to toss golden power eggs to as far as the Splat Bombs can traverse.

You can unlock this new feature after a successful completion of wave 3. Don’t worry this could be predicted by the ‘Salmometer’.

How Many GB Is Splatoon 3?

The game-file size of the newly-launched Splatoon 3 is decent as it occupies a storage space of 6 GB. 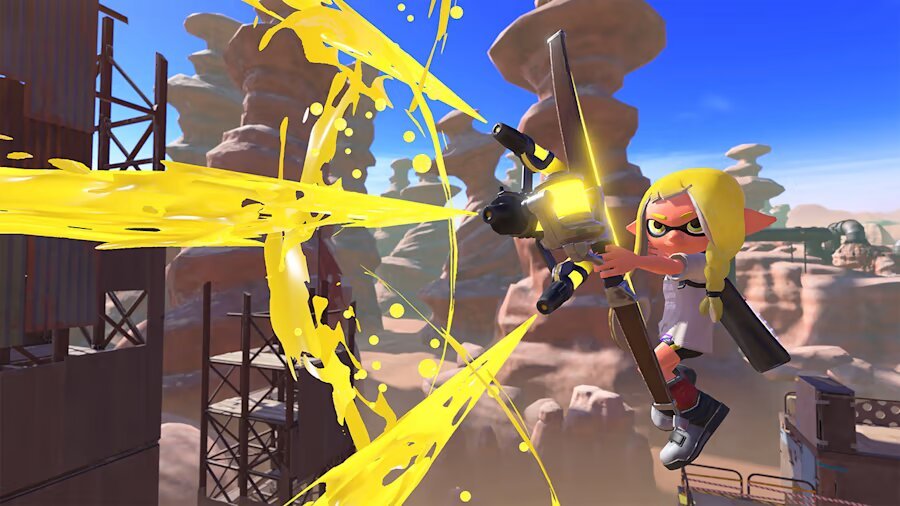 Splatoon 3 was slated to be released on September 9, 2022 and it has just released as expected. The third-person shooter video game developed by Nintendo Entertainment Planning & Development, is now available on Nintendo Switch.

Splatoon 3 Availability: Is Splatoon Only Switch?

Yes, this much-awaited multiplayer video game is only playable on Nintendo Switch. Alike the two other previous titles of this renowned franchise, Splatoon 3 will also remain a Nintendo-exclusive title. It can be played on the original Nintendo Switch, Switch Lite and Switch OLED.

To indulge yourself in the fun-filled multiplayer video game which demands third-person shooting expertise, you have to pay $59.99. If you buy the digital edition, then it would be sent to your system right away.

Where Can I Buy Splatoon 3?

You can buy the Toru Minegishi & Toshiyuki Sudo-composed game from the official site of Nintendo itself. It’s also up for grabs on popular e-commerce site Amazon and gaming store Mx2Games.com.

The initial reviews are quite positive and TechRadar has given it 4.5 out of a possible 5. Gamers are also praising the new Splatoon 3 mode changes wholeheartedly.