Spotify Blend is here to make you feel as if you’re curating a playlist with your best friend.

Developers at Spotify, the world’s most popular music streaming platform, have been hard at work to improve the user experience of its listeners. One of the more successful attempts at this was the Spotify Blend playlist feature, launched last year. The Spotify Blend allows users to create shared playlists between friends and other users.

Last month, the company expanded the Spotify Blend playlist and added some features that users would surely appreciate. The new Blend playlist can now include as many as ten people in the group. You can also use this feature with some of your favorite artists.

The Spotify Blend playlist expansion makes it easy for users to match everyone’s taste, whether you are curating a playlist for your family, friends, or coworkers.

Spotify has collaborated with some of the most popular artists, including BTS, Tai Verdes, Megan Thee Stallion, Mimi Webb, and others, to allow users to create a single Blend playlist with their own selected songs and those of the artists. 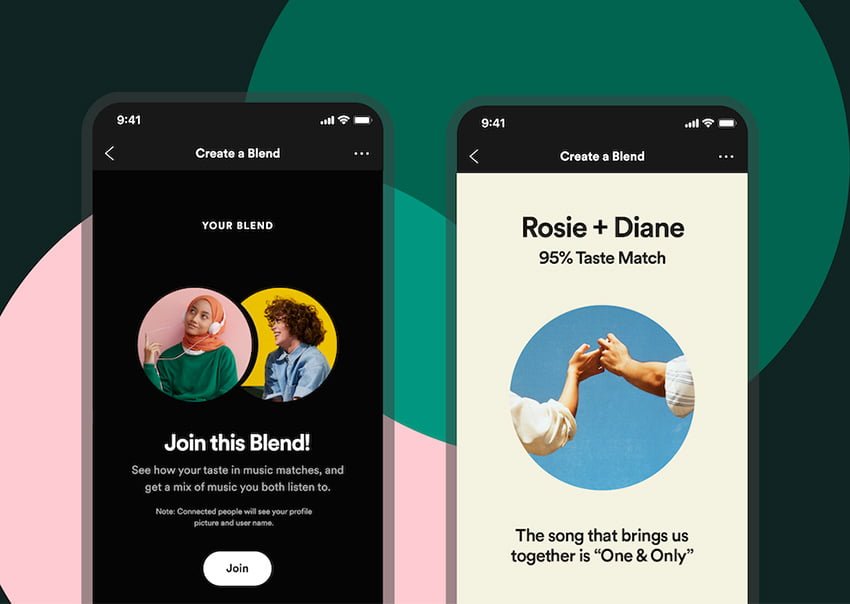 Like with the other Spotify Blend playlists, you will receive a card that states your “Taste match” score. The score is indicative of how similar or different your musical preferences are compared to the other contributors. You can even share these cards on social media platforms like Facebook, Twitter, and Instagram.

Apart from the artists, the new Spotify Blend playlist now allows your family members or friends to create their own shared playlists. If you have a Spotify family plan, you already know about this feature. However, with the latest upgrade, the feature is now available to every user.

Personalized playlists have always been a big draw for Spotify, differentiating them from other music streaming services like Apple Music and YouTube Music.

According to some reports, the market share of Spotify has constantly been increasing and stands at 31%, with Apple and Amazon being distinct second and third, respectively. Most analysts think that this is largely due to the personalization abilities of Spotify, and with the upgraded Spotify Blend feature, the company has expanded on its strength. Spotify has also ensured that new podsolization features are constantly added to the service to make it easy for users to share and collaborate.

How to make a Spotify Blend Playlist with friends?

You can ‘blend’ with any group by following some simple steps:

1. Create and invite: Type “blend” in the app’s search bar and then select the people you want to blend with; it is as simple as that.

2. Blend: After you send an invitation to your friend and they have accepted your request to blend, Spotify will start a Blend playlist. The new Blend playlist created would have songs and recommendations that reflect the preferences of everyone in the Blend group. With the latest upgrade, you can see which songs were added for which friend.

3. Listen and share: Once the collaborative Blend playlist is created, your friends can share the playlist on their social media. 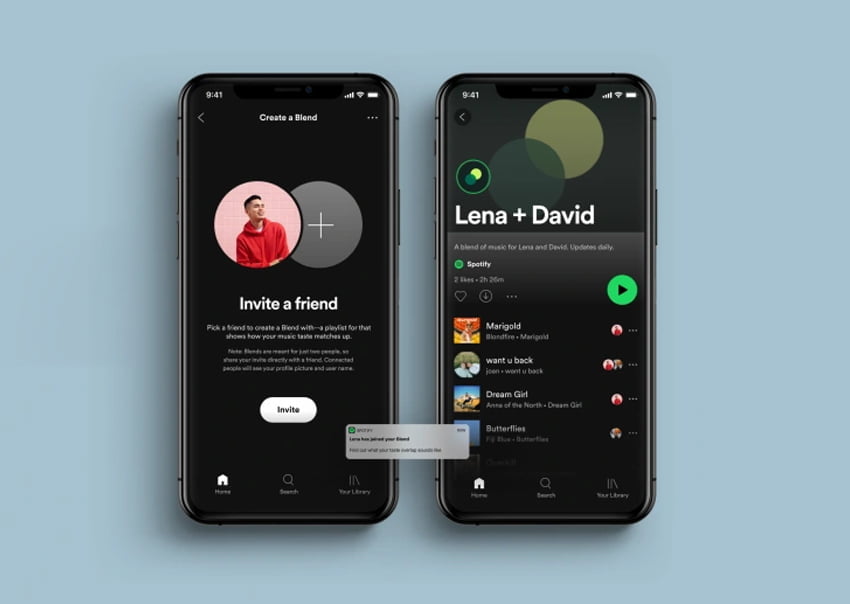 When will the updated Blend start rolling out?

The updated Blend has already started rolling out. The added features to the Spotify Blend playlists were announced on March 30, and most devices, including Android and iOS devices, have received the upgrade. If you can’t see the feature on your app, try updating the app via the Google Play store (or Apple Appstore for Apple devices).

Although Apple users can use the SharePlay feature to have a similar experience, it is not as streamlined as the Spotify Blend feature, so it is no wonder people are not using SharePlay at all.