The audio app Spotify is likely to launch a subscription podcast service where users can access original shows or exclusive episodes monthly.

Spotify’s popular audio streaming app seems interested in launching a subscription podcast service where users will be to check original shows or exclusive episodes at a minimal monthly fee. The possible subscription service was highlighted in a survey released through Spotify’s app. This was reported by Andrew Wallenstein, the president of Variety’s Intelligence Platform.

The survey asked users about podcast subscriptions that are primarily unconnected to Spotify’s music service. According to the survey, there would be around four possible subscription podcast plans, starting from USD 3 to USD 8 each month. The cheapest plan will give “access to many exclusive interviews and show episodes,” though it will include ads. The expensive high-end plan will have “high-quality original content,” giving early access to selected episodes, and no platform-inserted ads. However, none of these plans by the app would include access to Spotify’s premium music subscriptions.

A spokesperson for Spotify highlighted that the survey shouldn’t be determined as definite and final. “At Spotify, we regularly conduct several surveys to enhance the user experience. Many of these surveys end up paving the path for the app’s broader user experience, and some others serve as powerful learning tools for the company. We have no further news to share on the plans as of now,” the spokesperson stated. 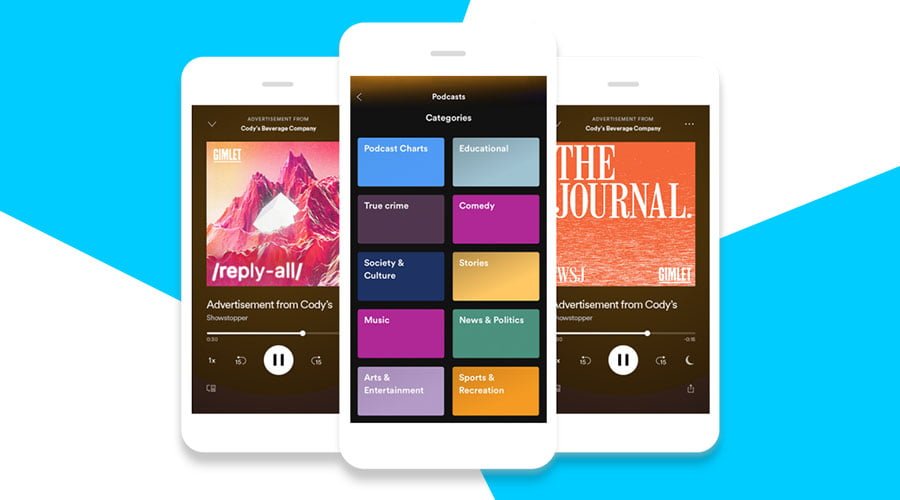 This shows that there is no guarantee that Spotify will launch the services mentioned above, even though the fact that Spotify is surveying users means that it’s likely to consider launching any subscription podcast plan. Spotify has recently been investing heavily in podcasting over the past few years. It earlier onboarded several high profile podcast producers like Gimlet, Parcast, and The Ringer; and also signed exclusive podcast deals with former first last Michelle Obama, Kim Kardashian West, and Joe Rogan. It has been promoting podcasts inside its application heavily.

It also announced multiple exclusive podcasts and partnerships with Joe Rogan- the biggest name in podcasting. However, it hasn’t been all positive news for Spotify. Since Joe Rogan’s highly popular show shifted to Spotify, the company has embroiled in battles and faced several PR issues regarding the show’s content. For example, Joe Rogan earlier hosted a controversial far-right conspiracy theorist Alex Jones in October, though Spotify banned Jones’s own InfoWars show from its app in 2018. Spotify also faced severe blowback from its employees over the transphobic content of Joe Rogan since the show emerged as a Spotify exclusive. If Spotify dives into a podcast subscription service, it will earn many subscribers.