The Swedish platform is contemplating to woo its listeners with an excellent Spotify stories update. The feature launch will come with classic Christmas playlists in collaboration with artists like Jennifer Lopez.

Audio streaming giant Spotify is presently testing a new story feature on the application that will be compatible and efficient for use for both iOS and Android users. The feature looks like the stories available on different other social media platforms– offered Facebook, YouTube, and Instagram. The feature would pop up once a user clicks on the round profile icon on the app.

However, the Spotify stories feature has been promoted and posted by singers with whom Spotify collaborated and featured only across selected playlists.

Users can also see Spotify stories highlighted for some other playlists created by the platform.

Spotify stories: Another feature on the cap?

The story uploads on Spotify feature famous singers like Kelly Clarkson, Jennifer Lopez, Meghan Trainor, Pentatonix, and many others on the app version. These songs feature on the popular playlist of Christmas Hits. The celebrities mentioned above, along with many others, have their songs featured in the playlists.

The artists are also seen recalling their favorite and popular Christmas memories and telling users their tales on how they came up with the idea for their Spotify Christmas song.

This Spotify story feature, however, is not available or visible on the web version of the app. It has started appearing after the music giant Spotify rearranged its Christmas Hits playlist. The famous Christmas playlist has a total of 113 songs on the charts.

The list includes the likes of songs like ‘All I want for Christmas is You’re by Mariah Carrey, ‘Santa Tell Me’ by Ariana Grande, ‘Underneath the Tree’ by Kelly Clarkson, and ‘Happy Xmas’ by John Lenon and Yoko Ono. 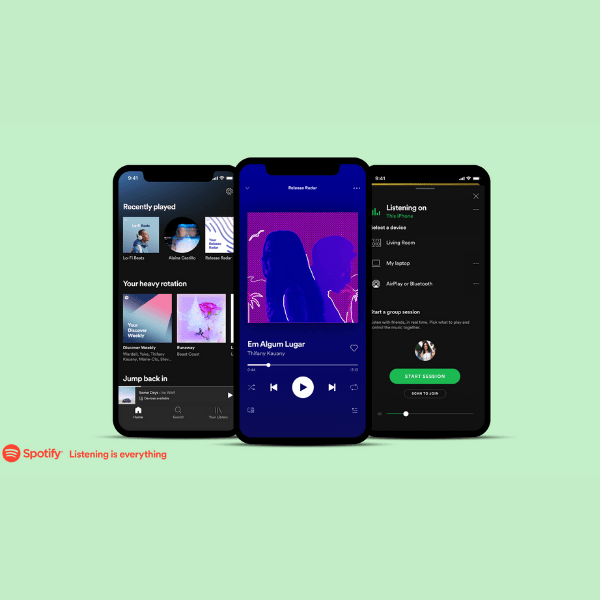 Also, a similar Spotify story feature can be seen for several other playlists that are created by the platform. These playlists are the Tear Drop and the advanced version of Megan Thee Stallion’s iconic album Good News. A Spotify spokesperson recently confirmed that the music streaming service provider was fiddling and testing with the story feature by pitching in renowned artists.

There is no surety whether the stories would be available in the future or whether users will get to create their own stories.

As Spotify regularly tests its features and adds newer changes for users, the Spotify spokesperson stated: “Some of the new tests are paving the path for a broader user experience, while others serve only as crucial learning tools for the platform. We have no further news on this or plans at this present time.”