A team of researchers at Stanford University have created a tiny “hydrodynamic treadmill” to observe tiny creatures under the microscope.

Stanford researchers recently created a tiny “hydrodynamic treadmill,” which is mostly an endless water loop. This ‘treadmill’ is created to observe the behavior of marine microorganisms minutely. “This is an entirely new way of studying marine life in the ocean,” Deepak Krishnamurthy, the mechanical engineering Ph.D. student at Stanford, and first author of their study published in Nature Methods stated. “This treadmill creation opens up scientific possibilities that we had only dreamed of until now,” Stanford bioengineering professor and research lead Manu Prakash stated.

The idea behind the creation is to study how marine organisms behave in a virtually endless water stretch, which is otherwise impossible to look at a small dish with a powerful microscope. “We need to understand any microscopic object’s behavior in its native habitat- the vast ocean,” Prakash asked.

“in so many years, we failed to observe marine life naturally in its habitat, and over the last 200 years, all we are doing is observing them through a microscope in confinement. If you want to track a marine microorganism minutely, you’d have to get a kilometer-long tube,” Prakash explained. 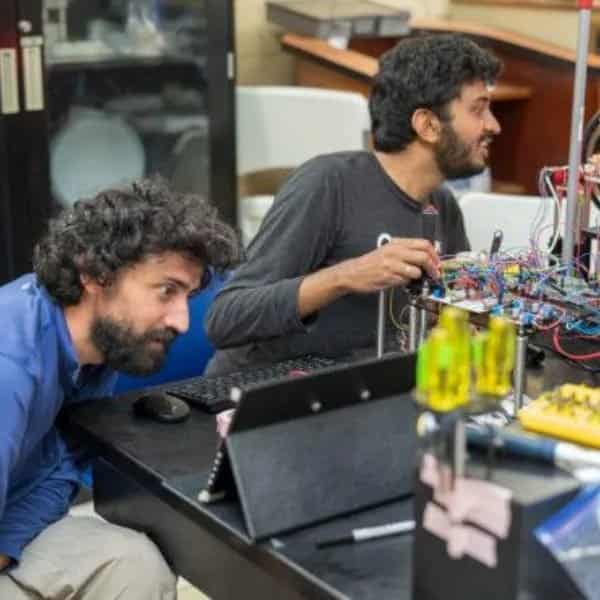 As the organism swims its way through the ‘treadmill’, a camera routinely keeps track of its movement while the treadmill shifts itself to keep the organism in the frame. So far, the research team deployed the treadmill tool at Stanford’s Hopkins Marine Station in Monterey, one in Puerto Rico, and another on board a research ship off Hawaii’s coast.

They observed how various sea creatures frequently changed their swimming motion, occasionally hovering in its place. They also observed how single-celled organisms behaved while moving vertically in the ocean. The tech team also discovered the process in which a microorganism with no swimming appendages in Puerto Rico was able to bob up and down all the time. “It looks as if someone told you that a stone could float and then sink and then float again,” Krishnamurthy stated as an example.

It also details how the larvae of marine creatures like bat star, sea cucumber, and Pacific sand dollar of the Californian coast employs different methods to move through the ocean, ranging from a hovering way to frequent changes ciliary beats and swimming patterns. The tool also would help scientists better understand the dispersal properties of unique marine organisms in the open ocean.

Around half of carbon conversions to organic compounds happen in the vast oceans, with plankton making the most of it. The tiny creatures’ carbon fixation process and other cycles can be studied through this ‘treadmill’ as it becomes hard to study in the ocean’s vertically stratified landscape, which involves depth and time scales.