During the event of Google Pixel 2, the company had announced that they shall be launching AR stickers. That dream has finally come true for all picture lovers. Those in possession of a Pixel phone can now easily be privy to the service. Google AR stickers will include things like Foodmoji, balloons, 3D text and other festival-related stuff. Furthermore, it is also said that Pixel users shall have the opportunity to get clicked with their favorite characters from Stranger Things as well as Star Wars.

Google has been trying to constantly keep up with the trend of Augmented Reality (AR). And today, it has been able to reach out to the masses with their launch of new “AR Stickers.” The Google AR stickers are considered to be a part of the new AR strategy which has something to do with ARCore. The augmented reality framework dubbed ARCore will enable Tango AR tricks but sans the extra hardware. 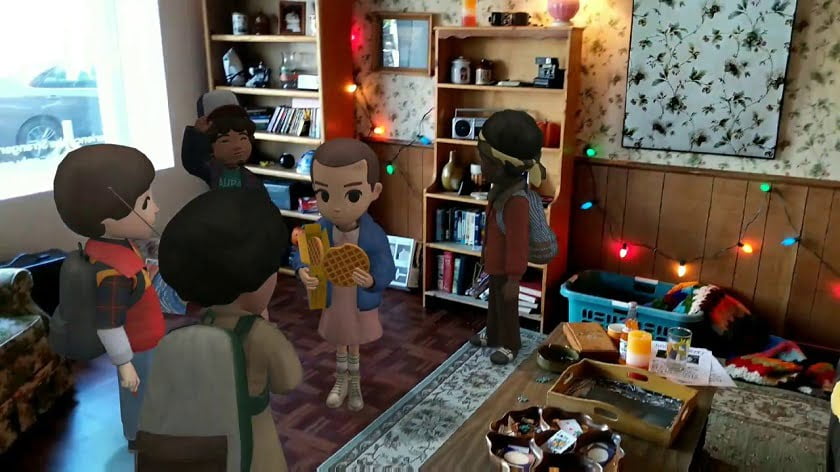 In order to add more fun and be cool, Google will also be launching the camera feature with two branded sticker sets. In honor of Stranger Things and Star Wars, Google will also be featuring stickers related to the two. Therefore, you could pose with a cartoon version of the Stranger Things children and Demogorgon. Or, you could even pose with your favorite Star Wars characters and creatures which include the likes of BB-8, R2-D2, or even the Stormtroopers.

The AR stickers are now available on Play Store for the Google phones Pixel and Pixel 2. The stickers include cute 3D creatures that pop on your screen while taking pictures or videos. It takes place in the Google’s camera app by making use of AR technology. This makes it look like the stickers are part of our actual scene which is to be shot. The ARCore maps the horizontal planes, like a table, and then places the stickers on the surface. This makes it look like you are sharing the same space. The AR stickers will also appear while recording a video.

Google AR Stickers on Pixel only!

But currently, it will only feature in Google Pixel phones which have Android 8.1, as well as the newer versions of ARCore framework and the AR Stickers app. As of now, the ARCore is only compatible with Pixel phones and is still in version 0.91. Google claims that as soon as it hits 1.0, it expects over 100 million users to get access to the framework.

All Google AR stickers will feature in the top panel of the camera app. One is required to drag the characters of their choice to get clicked with them. The app also allows you to adjust the size of the characters. You may even delete them at any point if you don’t want it.