The Super Fast FRAME Camera Captures at a Molecular Level

Researchers’ team at Sweden University have developed a super fast camera that has the capability to capture a staggering five trillion frames per second; as in around 0.2 trillionths for one second. The team calls the camera as ‘FRAME’ i.e., Frequency Recognition Algorithm for Multiple Exposures. The creation of the brilliant minds of Lund University has brought a mind-blowing camera technology that films at super fast rate. However, the other conventional cameras can capture up to 100,000 frames per second.

The researchers with the new super fast camera are making high plans to film chemistry, biology and physical science objects that are otherwise nearly impossible to capture.

The fastest camera gear will allow us to capture extremely small processes like plasma flashes, brain activity, combustion reactions and other chemical reactions, says Elias Kristensson, a physics researcher and co-inventor of the camera. This possibility of capturing the biometric stuff has opened the doors for more efficient research and enhancement in science.

The research partners, Kristensson and Andreas Ehn are planning to use the camera to film combustion at the molecular level, they said. The chemical reaction between fuel and oxygen which extracts heat is what we call combustion. So the researchers are aiming to make fuel burning machines like engines, turbines, boilers more efficient by examining it at every minute scale.

The FRAME camera functions using a bit high-end and unique approach. The conventional model cameras capture one-by-one images rapidly in a sequence. But the Swedish camera gear uses a computer algorithm to snap things precisely and rapidly. The algorithm captures a range of coded images in one picture frame. We can later on these images to develop a video sequence. 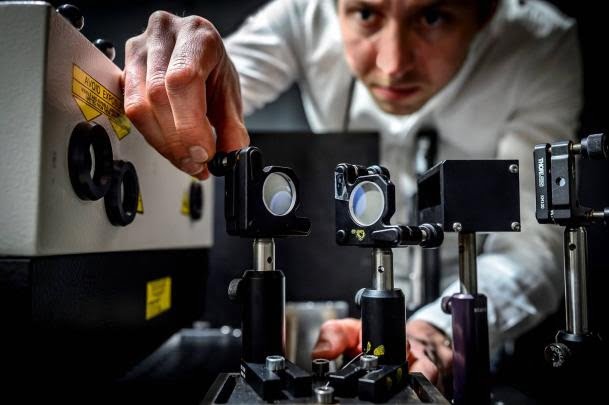 Says Kristensson, the technology can also be put in practical implementation in industries in the distant future. The team recently to Light: Science & applications journal to publish a preview article on their innovation.

The FRAME camera allows you to capture the scientific processes such as chemical reactions by firing off the laser to expose light on the process. There is a unique code pre-defined for each light pulse. The objects thereby reflect those light pulses resulting into a single frame photograph. Using the encryption procedure, we can then separate those images.

Aside of marking a breakthrough in the camera technology, the camera is a gear for efficient scientific research. The camera is more attractive because of its capability of filming chemical alterations in real time. The researchers have some solid technology now look forward to examine stills of the rapid processes. The Swedish team says that they would be releasing more film material by this fall. Let us wait to witness the wonders of this rapid camera technology.