The fun is about to begin at Nintendo Universal Studios Hollywood!

If you are a lover of the “Super Nintendo World,” we have big news for you. The Nintendo world opening is scheduled for 2023 and it will be the first park in the U.S.

The theme park will open its gates at Universal Studios Hollywood, and it will be inspired by the iconic video games and characters. The entire family will be able to enjoy vibrant colors, groundbreaking rides, and interactive areas. There will also be Nintendo-themed shopping and dining options where everyone can find their favorites.

The stores will be inspired by the “Super Nintendo World” and here, you will find the themed apparel of Mario and Luigi, as well as hats and plush toys of Bowser, Yoshi, Mario, and Luigi. There will be various sizes of these pieces so everyone can find something interesting.

“Nintendo World Japan” first opened in 2021, and it is the biggest Nintendo park so far. The opening of this themed park was delayed in Japan, but it was opened and the fans were able to enjoy all the amenities of the park. 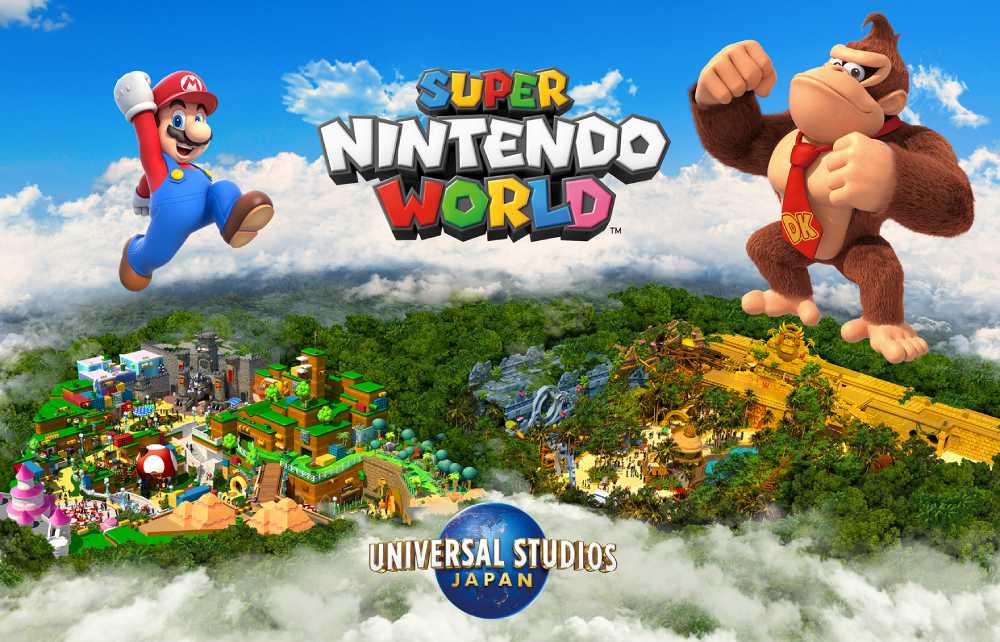 At the moment, Nintendo Universal Studios Hollywood is under construction work and the land is getting its final shape. Some new additions are coming and the guests will have a lot of fun while enjoying the Super Nintendo World park.

Here are many parts of the park that are getting their shape. For example, there will be green mountains and a structure that appears to be a Bowser’s castle, which will be ideal for the entrance to the Mario Kart ride.

There will also be more colorful mountains that will be the backdrop of the land. We can now clearly see the framework of the entrance to Mario Kart Bowser’s Challenge and the ending phase of Bowser’s Castle. Hopefully, we will see more scenic elements that will be added in future work.

The park in Japan is massive and it has some brand-new attractions, like Yoshi’s Adventure and Mario Kart: Koopa’s Challenge. These two attractions produced a lot of media attention and these are ideal for kids and older teenagers.

If you are a Universal Studios Hollywood lover, you probably know that there is not much space for expansion when it comes to themed parks. The area is very limited and it contains only the basic adventures and park amenities.

There is no space around for massive expansion and this could be a problem for the Super Nintendo World fans. Universal had to remove some sound stages that were used for a film studio to build this Nintendo park. As a result, some stages got different shapes and these are used for the new park attractions.

At the moment, we can notice that one attraction, Yoshi’s Adventure, is missing from the land. This attraction is not in the park because of the space limitations, and this is something that fans will not be happy about. This information is not officially confirmed, but we are waiting for the Universal Studios Hollywood officials to provide more news about the construction work.

As we can see, the Nintendo World opening in 2023 will be a huge spectacle and many Nintendo fans will see their favorite characters and their adventures. The fans will be able to enjoy the attractions and buy the apparel, hats, plush toys, and many other details with the special characters of the Nintendo world. There will be a lot of fun activities for each member of the family and that is why we believe this Nintendo park will offer a lot of great moments for each visitor.