Swapbots are Magical, Augmented Reality Based Dream Toys for Any Kid

Augmented reality is the hottest tech that has taken gaming to a different level. Pokémon Go, the augmented reality based game marked a major breakthrough. Breaking all the records in its very first month, the game is a huge success today. And now comes Swapbots, customizable toys that spring to life through augmented reality gaming!

A Liverpool startup named Swapbots built these innovative, augmented reality toys with the same name. The toys use cutting edge technology that brings back the addictiveness of collecting, similar to the 90’s kids used to collect tazzos and tokens.

Swapbots are a collectible and delightful set of toys that lets you bring your creativity to life. Sounds like a magic, isn’t it? Yes, the magic of the high-end augmented reality technology with an affordable price tag.

Kids love playing with characters may it be Pokémon or Barbie or Action man. The AR based new line of toys also comes with some characters. But there is a wow factor in it – kids can also customize the characters and can develop them as they want. The company has also created certain enchanting characters, nine till now. Moreover, by swapping the bots, kids can develop their own. All these pool of characters resembles to anthropomorphized animals.

There are in total 9 bots to collect which offers 729 combinations. The pole-like toys contain three interchangeable parts – head, torso and legs. You can now swap the parts to create the characters. For instance, take the head from one bots’ character and attach to the body of some other, pairing with the legs of the third one. Choose any combination to make a unique character. 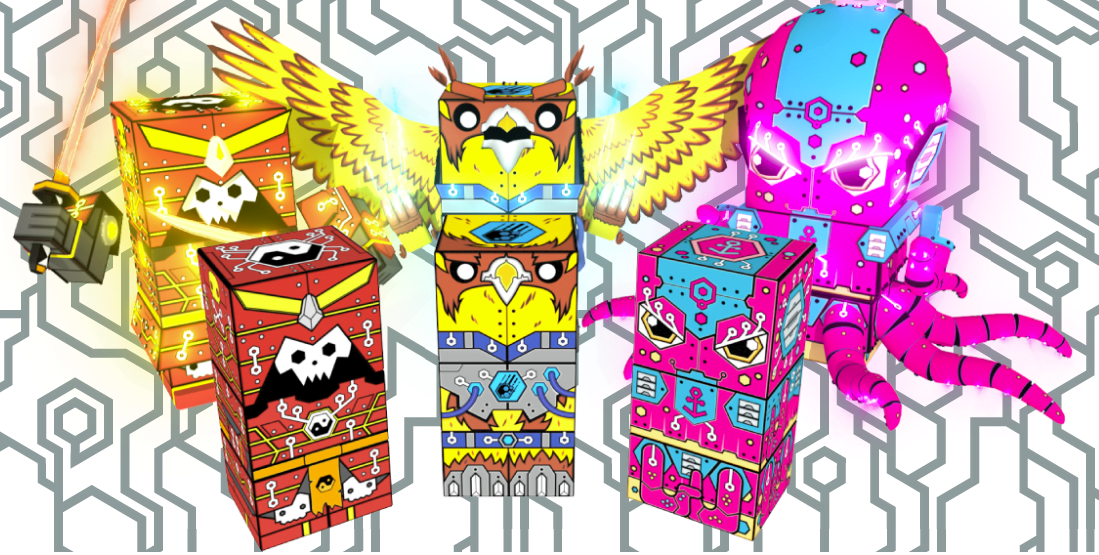 Now, as your character is ready, you have to bring it live to game. For that purpose, you need to pair it with the app. Both Android and iOS versions of the app are available. After pairing process, holding the toy infront of the camera would make it live on your screen within seconds. The character would, all of a sudden, turn into cartoonish tentacles on your device screen. Not only the app works with the latest, high-end devices, but it is designed to support the old systems too.Keeping in mind that kids would have the devices given by their parents, not necessarily the high-end ones, the app is compatible to all the type of systems.

The AR based bots are the future of kids’ gaming

With the price tag of £16, the bots are likely designed and strategized to rule the gaming industry. However, there will not be any issue of outdating the gaming tech in near future due to high-end AR technology. In a kickstarter campaign, earlier this year, the startup raised £25,000 from around 350 backers. For the magical bots might be pleasing for anyone, we are expecting it to be in the wishlist of every kid within next few years. The company has already started taking preorders.

LifePrint prints photos that come to life in your hands