CES 2017 is an ideal platform where companies can showcase their technological devices and explain their working. This is where the Japanese company launched its virtual reality sneakers. Taclim comes with a pair of shoes and gloves that contain haptic feedback. Due to these touch controllers, one’s gaming experience gets better as he can feel the ground as if he’s walking on it or enhance the sense of what he is touching. With the help of such advanced features, the virtual reality experience will get even more realistic which will solve the technology’s purpose in a justified manner. The virtual reality sneakers give the sense the character in the game is feeling to the gamer as well. Adding to this, it works as an input device which can control the character in the game. 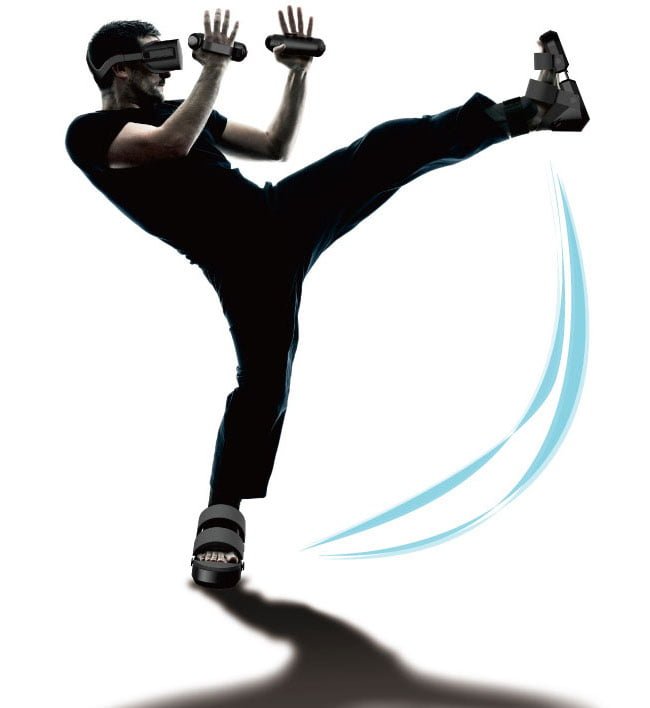 How do the Taclim VR shoes work

If the character in a game is walking in water, sand, or even grassland, the user will undergo the same sensation under his feet. Not only this, but the user can also kick objects present in the game with the help of the Taclim VR shoes. Usually while using a VR headset and gloves, the individual’s movements are restricted in the game as he can only use his hands. But with these virtual reality sneakers, the user can not only kick his virtual enemies but also feel their soft body or hardness of their shield.

The Taclim VR shoes contain three tactile devices and there is one such device in each glove. Taclim is available in two versions; one has Sub-GHz whereas the other has BLE data connection modules. This device’s SDK will be in the form of Unity plugin, basic vibration patterns in the form of sample data, and the vibration data will be generated by importing .wav files. Currently, this piece of technology can only work with Google VR, but it will soon expand itself. On launching in the market, the virtual reality sneakers will cost somewhere between $1,000 and $1,500.