Tapdo Fingerprint Sensor can Control All Smart Devices at a Touch

With the smartphone market expanding considerably each day, it is not surprising that various tech giants are trying to come up with something new. Another novel feature in a smartphone is the fingerprint sensor. Almost all the new models out in the market consist of an inbuilt fingerprint sensor which supports a number of functions of the mobile. A technological company has come up with a smart device which controls other smart devices at the touch of a fingertip. The Tapdo fingerprint sensor is a one-stop solution to the operation of all such devices.

In order to control various gadgets, one has to install multiple apps on the smartphone and give instructions using a different app. But Tapdo has found a solution to simplify things. This wearable fingerprint sensor is capable of supporting multiple devices simultaneously. This takes place by assigning various parts of the finger to different actions.

The Tapdo communications are by Bluetooth LE. It has an Android as well as iOS app dedicated to run other device-controlling apps which are present on the phone. Not only this, but it has the ability to control the functions of the smartphone as well. It helps the user in mapping a variety of shortcuts for the gadgets one wants to control.

It might take some practice to memorize the actions required to control the actions with one’s hand. This gadget has an innovatively smart concept, which works with the help of a touch sensor.

How does the Tapdo fingerprint sensor stand out

While setting it up for the first time, the Tapdo app assigns specific actions to specific fingerprint areas on the palm side of the user’s dominant hand. With the help of this, the user could simply tap the pad of his index finger on the app’s scanner to control a device. For example, one could increase the volume of the music player by sliding the hand upwards or pause the track by touching the center of the screen. For better organization of functions, one can assign different fingers to different devices. Irina Reimer, the campaign manager of Tapdo states that one of the founders of the company came up with this innovative interaction concept. The inspiration for this type of technology is derived by the founder’s Ph.D. in human-computer interaction studies. 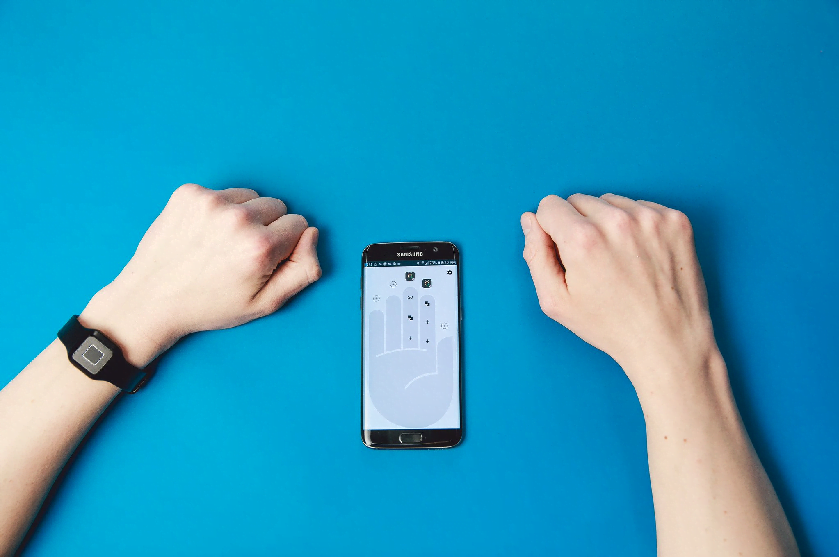 The Tapdo Fingerprint sensor controls various devices at the touch of a fingertip.

In order to connect one’s dominant hand to the app, the user has to wear a wristband. This is in the form of a clipped-on button. Reimer also claimed that the company will launch a Kickstarter campaign in February. This is in order to raise funds for the Tapdo fingerprint sensor. The company will finish the complete development of the innovation by then and will begin with mass-production. The initial shipping of the orders will begin by summer. To begin with, this product will be available in Europe and the U.S. The estimated price of this wearable fingerprint sensor will be around $100.