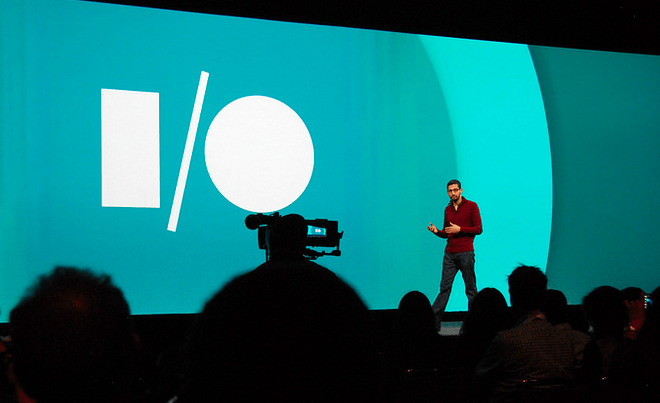 The much anticipated annual tech event of the search engine giant – Google IO 2016 is here. We’re looking forward to fresh launches and announcements at the event. But ahead of that let’s have a look at the top reads on Google products and features, which are going to rock the whole event.

It’s time when Google Virtual Reality is set to dominate the world. VR is trending high in major Google IO 2016 Predictions everywhere already. The search engine behemoth is betting high on VR these days. The graph of VR evolution says everything without the need of any explanation. Now it’s the time for Android VR.

From Google Cardboard to fresh Google Virtual Reality plans, Sundar Pichai’s company has arrived a long way. The first ever Cardboard for VR experience, which also happens to be the first ever VR device, was launched during Google IO 2014.

The fellow competitors are gambling high on a technology, which Google has been experimenting for a long while now. So why not Google? After all, Oculus, Vive, and Samsung VR might be the biggest players now, but the original VR trendsetter was Google with its Cardboard.

This is why the company is poised to offer a closer look at its VR plans during the Google IO developer conference in California. A number of Google IO 2016 rumors have been circulating in the social media along with carefully selected remarks from Google executives. These suggest that Google is set to move far beyond its low-priced VR viewer, Cardboard.

Allegedly, the company is planning to broaden its VR horizon with a robust plastic model equipped with an in-built sensor technology. Recently, Google CEO Sundar Pichai was quoted saying that Google Cardboard is just a primary step in the world of VR. According to him, in 2016, we will be witnessing a lot more in VR technology from Google and its partners, apart from these early efforts.

The new VR headset being developed by Google for smartphones will add extra support for VR technology in accordance with Android operating system, which will challenge Oculus Rift for an early lead on the latest platform of battle in Silicon Valley.

Ever since we’ve tried Samsung Gear VR or Google Cardboard, we’ve always wanted to create those groovy VR experiences of our own and post it on our website. Google desires to make the entire experience of 360-degree embedding easily accessible for more individuals, and to set its plan right in the action, the company is introducing VR View, a new tool to enhance the process of embedding contents having a 360-degree format. [Read More…]