Apple is all set to release the MacBook Pro 2016 anytime soon and according to rumor mills, the much-awaited laptop is said to come with great features that most fans would surely love. However, there is still no official statement from the company regarding the release of the new generation laptop. 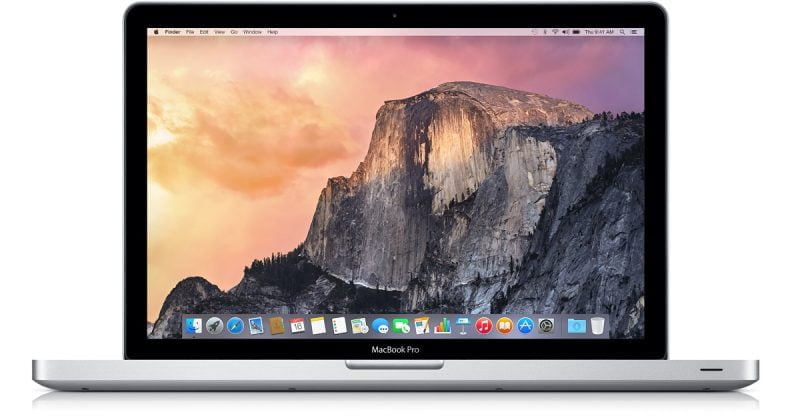 According to reports, the MacBook Pro 2016 will bring in the new technologies that the Cupertino California company will be featuring in its imminent devices. The upcoming flagship notebook will feature Touch ID, macOS Sierra, OLED function keys, USB-C port and more. The laptop from Apple will be launched in 13-inch and 15-inch models. Both variants will be lighter and thinner than the present version of MacBook Pro.

According to rumors, the upcoming flagship laptop is said to feature the OLED touchscreen, which will allow users to stop using the old function keys located on the upper side of the keyboard.

The device will reportedly feature Touch ID fingerprint sensor button that will come with similar functions as the company’s iPhone devices. Earlier introduced on iPhone 5s, iPhone 6, iPad Air 2, iPad Mini and iPad Pro to name a few, the Touch ID feature will enable users to open their devices using their fingerprints. Considering the fact that this feature is something new, it also sets the bar in terms of security.

The upcoming laptop will feature four USB-C ports and may run on the company’s newest operating system, the MacOS Sierra. This report stems from the iPhone makers announcement in their recent Worldwide Developers Conference (WWDC) 2016 last month. Reports also state that the laptop might likely come with impressive features and specs not found on the previous variants.

In another report, the anticipated laptop will come with a new innovative feature that is said to change the whole physical cover of the device. The news springs from Apple’s plan to discontinue the 3.5 mm headphone jack which is said to be replaced with lightning ports to allow the use of wireless earphones. However, if the iPhone 7 is ditching the headphone jack, the tech giant might follow the same with its other devices.

There are speculations suggesting that the company is planning to launch a new audio set up, with the news that they have a new accessory called the Apple EarPods.

Other rumoured features include a bigger RAM capacity paired with a much powerful processor compared to its previous variants. Also, it is suggested that the upcoming flagship laptop will come with its own Cellular 46 connectivity.

It was earlier reported that MacBook Pro 2016 would be equipped with a sleeker and lighter frame, and a lengthy battery life. It is also expected to make use of the latest processor, Skylake.

It is said to come with the new GPU technology from AMD called Radeon RX 400. This spearhead GPU is expected to substantially enhance the notebook’s graphics capabilities.  Another interesting feature is its rumored support for the 5K video technology.

MacBook sales have been suffering lately. The lack of design and innovation is not only bothering the iPhone sales but MacBook sales, too. Let’s see what Apple has to offer next.

Source code for Apple's Lisa to be released in 2018

Apple may introduce a triple-camera iPhone