The 2017 iPad is the first of Apple’s mid-range product and it is good to consider. Hearing the price tag, you might be planning to outright this less pricey product for it sounds against Apple’s genre. Despite its obvious shortcomings, the device is worth your count. So, better give it a chance and get down to our $329 iPad review to make a well-learned judgment.

The $329 iPad is made with the motive to hit more sales than top-of-the-line iPad Air 2. The 2017 console is indistinguishable from the current and the past 9.7-inch iPad. It mimics the dimension of the first iPad Air and also sports certain specs of its predecessors. But the device also has the initial 32GB storage capacity and the super-fast A9 processor. Let us go through the perks and flaws of the $329 iPad quickly.

The 2017 Apple iPad has some significant downside which you really need to know about. The $329 iPad’s display does not have that laminated digitizer and the antireflective coating which is generally found on the other expensive models. This accounts for more glare on the 2048*1536 pixel Retina display when in bright settings.

Notably, the absence of laminated digitizer also gives a bit dull feeling while you gaze on the content of the screen. Also, there is an air gap between the glass panel and the original screen; just similar to the one in the original iPad Air and its predecessors. The presence of the air gap results in lower contrast and dull color pop-up.

For the new iPad features the form factor that is almost similar to the original iPad Air, it would have that same old, thick and heavy chassis. Hence, it is obvious that the latest iPad would be thicker and a bit heavier than the iPad Air 2 and the 9.7-inch iPad Pro. But this is not really a strong point for the form factor is not at all bad for you to handle. It is not so bulky that you would face any difficulty handling the console. And if you have already used the predecessors of iPad Air 2, then fretting over this downside would be no wise.

Besides the flaws, the $329 iPad review will also markedly show you the perks of the otherwise value-packed console. For iPad Air 2 was the highly successful console amongst all the iPad releases, we have been since now comparing the iPad Air 1.5 (since the console falls between iPad Air 1 and iPad Air 2 in many aspects) to it. On the same token, the $329 iPad Air 1.5 sports a 64-bit dual core 1.85GHz A9 processor that offers the faster single core performance than the A8X infused iPad Air 2. The A9 processor makes the latest iPad to match the high core strength bearing iPad Air 2.

Moreover, the 2017 iPad possess the similar silicon as in iPhone 6s; compatible enough to run iOS 10 without any hiccups. Factually, the processor enhancement was necessary enough for the latest games, edits, and videos demand the high-end processor infusion. 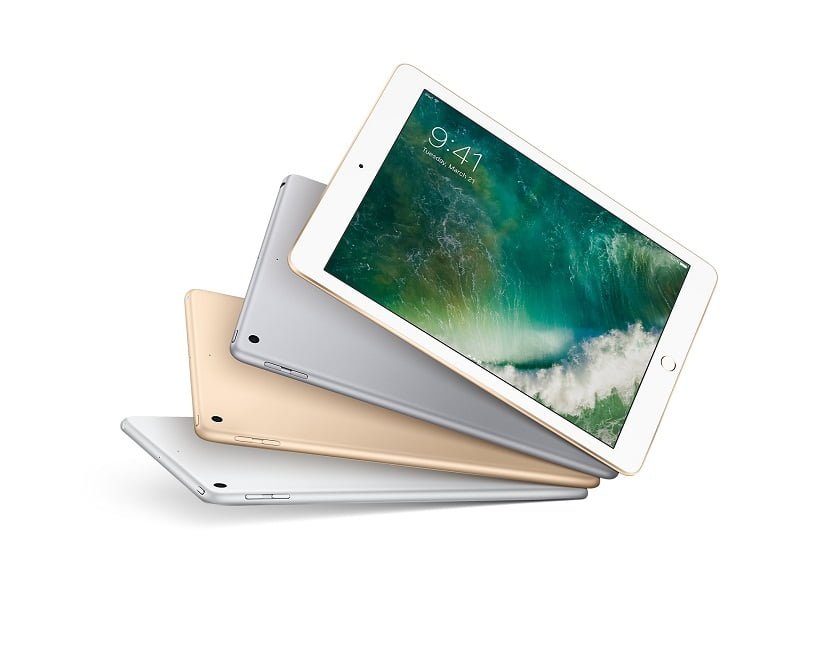 However, there are certain other additional enhancements worth the value (compared to original iPad Air). The 2017 iPad comes with 2GB RAM which for sure make a huge difference in the performance, especially while multitasking. Comparatively, there is only the iPad Pro (costing $270 more than the 2017 iPad) that gives the faster single core performance than $329 iPad 2017.

Additionally, there is an initial memory capacity of 32GB which is kind of a healthy storage. Hence, you won’t have to pay any extra to upgrade your inbuilt storage from 16GB to 32GB.

The iPad 2017 packs a larger battery than both the iPad air 2 and 9.7-inch iPad Pro. Still, the battery lasting capacity is 10 hours on Wi-fi which seem bit reserved with the power enhancement. Whereas Apple claims that since the users would keep the brightness higher to combat against the lack of advanced antiglare sporting, the battery statistics they have given is after including the concern.

The other interesting $329 iPad specs include the cameras that have the same configuration as in iPad Air 2. You will get an 8MP iSight camera with f/2.4 aperture on the rear and the 1.2MP front camera with f/2.2 aperture. The iSight camera can shoot 1080p and 30FPs while the front camera has the capacity to capture 720p resolution. There are two ports namely a headphone jack and a lightning connector port. The 9.4’’*6.6’’*0.29’’ sized iPad 2017 has iOS 10.3.1 OS version.

You rarely get a moderately priced Apple product and $329 iPad is not at all disappointing. The iPad stands well amongst the tablets and it offers all that you would get from any tablet at this price. Additionally, Apple’s Touch ID is a big deal for a tablet. The product is bit thick which may not suit many. But if you want a svelte model, you have to drop out some extra penny; $70 more to get the discounted iPad Air 2 or $270 and more to get more powerful iPad Pro. To the bottom line, $329 iPad 2017 is too hard to hate and is a good deal at $329.