On Tuesday, HTC announced its latest smartphone. Some gadget experts believe that it might turn out to be one of the most popular smartphones of 2016. The HTC 10 Evo is a global variant of the HTC Bolt, which was launched a couple of weeks ago. HTC Bolt was launched in an exclusive collaboration with the US mobile carrier Sprint. But this model of HTC will be available for worldwide purchase known as the HTC 10 Evo. The newly launched model has the same design as well as features as the HTC Bolt.

The HTC 10 Evo will first be released in Europe, starting with the UK. After this, it will gradually retail all over the world. The Taiwanese electronics manufacturer claims that the HTC 10 Evo model is a sub-flagship phone. The company also states that certain features of this smartphone might vary depending on the geographical locations.

The overall design of the HTC 10 Evo resembles the body of HTC 10 to quite an extent. It has the same all-familiar chamfers like its previous flagship model.

The HTC 10 Evo has a sleek, flat back unlike the curved body of HTC 10. It is also larger in size, at 5.5-inch. This model is the first smartphone by HTC with a metal unibody and is water-resistant. With a Quad HD display, the smartphone provides an updated screen quality. It consists of an 8.09 mm thick waistline, along with a textured power key. It also has a set of capacitive navigation buttons on either side of the home button which has a speedy fingerprint sensor.

Overall, the HTC 10 Evo is large with a sleek finish which gives the look of a media-oriented smartphone. The model comes with IP57 certification claiming its dust and water-resistant quality. The smartphone is one of the first examples of Gorilla Glass 5 in the market.

The HTC 10 Evo is dust as well as water-resistant.

The smartphone does not have the usual 3.5mm audio jack; instead, it comes with a set of USB Type-C headphones. Experts believe that this upgrade is in order to compete with Apple’s air pods. These headphones are supported with 24-bit Hi-Res audio, which is apparently the world’s first Hi-Res audio certified headphones. Such a technology can analyze the user’s ears and adjust its features to provide a musical experience tailored with just a single button press. The company claims that the 24-bit Hi-Res audio technology will enhance the audio quality which is one of the key specs of the device.

Not only this, but HTC has made sure that the phone is equipped with a highly efficient camera as well. It has a 16-megapixel OIS-laden back camera which comes with the phase-detection autofocus feature. This high-end camera is supported with a dual LED flash to provide better lighting in a dark atmosphere. The 8-megapixel front camera can support panoramic pictures as well, which is a first for a front camera. The camera clicks all the pictures in the HDR mode by default. The HTC 10 Evo is capable of shooting videos at up to a resolution of 4K, which is almost as good as a professional video camera. The company also boasts of a quick launch of the camera which takes places within 0.6 seconds. 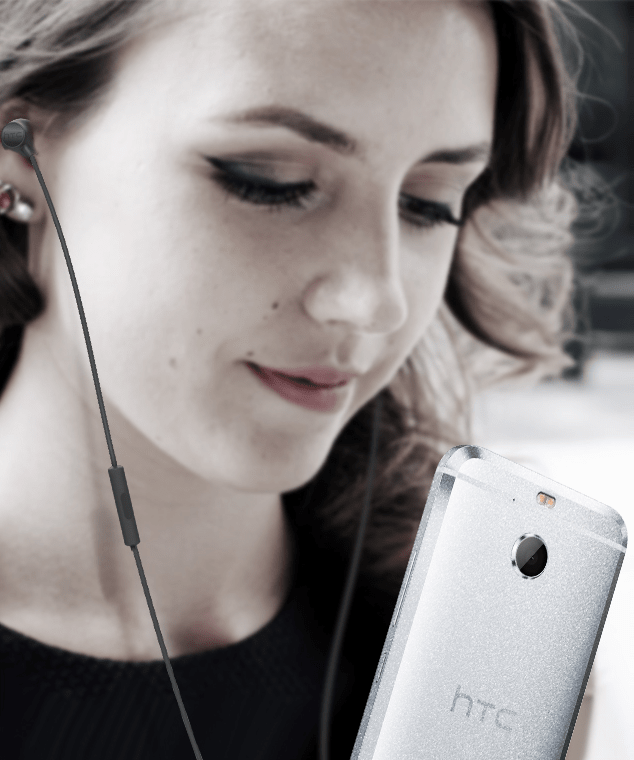 The audio system of HTC 10 Evo is well updated.

In this model, HTC has opted for an octa-core Snapdragon 810 processor. The overall operating system of HTC 10 Evo is not as efficient as its flagship model HTC 10. It consists of a 3GB RAM along with 32GB of expandable storage which is an ordinary feature present in a majority of smartphones these days. It has a 3,200mAh battery which supports Qualcomm’s Quick Charge 2.0 technology. This means that the smartphone is fast to charge but it doesn’t promise a lasting battery life. It runs on the Android 7.0 Nougat system.

HTC has not made an official statement about the price or release date of the HTC 10 Evo. But the HTC Bolt is sold at a price of $600, so experts believe that the price of this model will also be somewhere close to it. For this sub-flagship model, HTC has not collaborated with any provider. The sale of the smartphone begins with the country of UK. It will be made available worldwide on its official website.