Just when you thought you were done with laughing over Xiaomi Inc.’s audacity to imitate MacBook Air with the similar design and model name, here comes another one.

No other manufacturers like the ones in China are bold enough to come out with such imitation technique. China loves to trouble Apple, but eventually, it never fails to copy the iOS giant too. Lenovo Group Ltd., headquartered in North Caroline, United States, has jumped the “copying” bandwagon with Lenovo Air 13 Pro series. Hot on the heels following Xiaomi’s launch, Lenovo has no plans to miss out on the PC market.

Xiaomi Corp. followed its usual strategy, which it has been using for a long while, i.e. copying Apple. Lenovo, on the other hand, simply made it a trend by following Xiaomi. Both the companies share the same vision, which is to target buyers who find Apple products beyond their reach. Apple products arrive with a class and equally high amount. Not everyone can afford an Apple MacBook. So for them, Xiaomi and Lenovo have offered a healthy alternative. 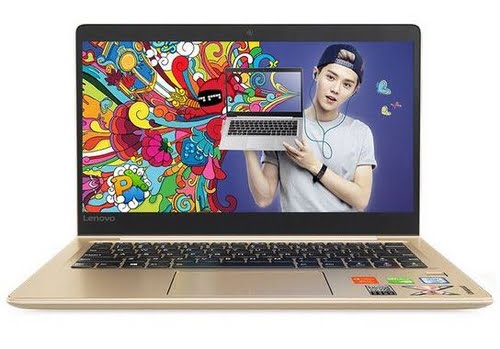 MacBook Air is almost dead as it has been replaced by the brand new ultra-slim MacBook series. However, it seems, the Chinese companies want to guard the “Air” legacy by attaching it to the names of their notebooks.

If you’re yet to explore Lenovo Air Notebook features, do not worry. We’ve got it here for you.

The latest notebook by Lenovo is a 13-inch, ultraportable device based on Windows 10 carrying a dedicated graphics chip. It arrives with a 13.3 – inch HD display, 4GB RAM, Nvidia GeForce GTX940MX graphics chip, 256GB/512GB of SSD storage, and an Intel Core i5/i7 Skylake processor.

It may sound like a rip-off version of its Chinese counterpart Xiaomi, but we assure you it’s not. Lenovo, for instance, has 4GB RAM compared to Xiaomi’s 8GB. Air 13 Pro comes with a fingerprint sensor, which is not available in the Mi Air notebook.

The design element of Air 13 Pro is nothing too overwhelming, but it remains in sync with current standards. The notebook has a black keyboard with silver and gold body. The lid proudly flaunts the company’s logo. It weighs 1.29 kg and has 0.58 – inch thickness. Overall the design is an exact replica of Mi Notebook Air, and it lies somewhere between MacBook Air and MacBook.

The price of Lenovo Air notebook and Xiaomi Mi Air notebook is the same (at least in pre-order period), i.e. $750.

Similar to Xiaomi Mi Air, the Lenovo Air notebook is specifically designed to target the Chinese market. The availability of this notebook series by Lenovo in foreign countries is not yet announced.

Lenovo is world’s largest PC manufacturer. Recently, it announced a deal where it’ll spend $195M (approx.) with the NEC Corp., a Japanese company, to acquire personal computer joint venture. The deal brilliantly highlights Lenovo’s determination to depend on its PC division for growth. This year has not been a good one for the Chinese giant due to decline in international PC shipments. Focusing on more sales in domestic market could be Lenovo’s strategy to recover from the loss.