The gadget market has experienced a noticeable rise in the demand of gaming consoles in the last few years. Due to the increasing demand, the gaming console manufacturers have been trying to come up with various innovative gadgets to lure their customers. Sony PlayStation is already a known name among them. On November 10, it launched Sony PlayStation 4 Pro gaming console which has been termed as the ‘most powerful console in the world’.

Users are not satisfied with an ordinary gaming experience these days; therefore this latest console has been designed keeping in mind the latest features available in this technology. Only good enough graphics aren’t enough, this console offers the best graphics among all the other consoles in the market. The Sony PlayStation 4 Pro is an upgrade to the PlayStation 4, which has already been a huge success. Consequently, this console is better than the best. 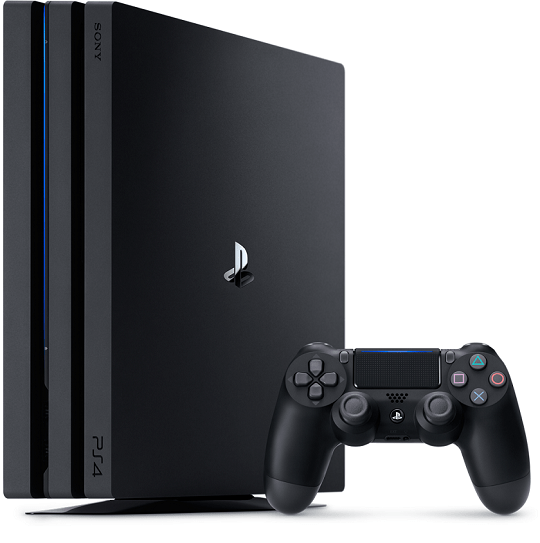 As the name of the device suggests, the PS4 Pro’s main feature is its excellent 4K picture quality. But in order to enjoy these upgraded graphics, the user must own a 4K TV. The original PS4 was compatible with a typical HDTV which has 1080 pixels. The 4K picture quality has four times as many pixels as its previous model.

The developers have upgraded the usual 1080p quality into 4K through checkerboard rendering. The end result is extremely pleasing to the eyes. The HDR mode seems a bit darker than the normal mode. Although this may be true, but the picture quality and sharpness is more realistic in HDR. Because of this factor, the brightness of the picture is worth sacrificing. The overall picture is absolutely crisp, which provides a unique gaming experience for the users. Every pixel seems to be in its place, which increases the involvement of the user in the game.

In terms of its operating system, the PS4 Pro is 2.28 times faster than the PS4. It has the PS4 System Software 4.0, which was present in PS4 as well. The console’s system has an 802.11ac Wi-Fi. This feature is helpful while downloading full games which are as heavy as 50GB. As downloading in smooth in this software, one does not need to buy a game and install it.

In comparison to the original PS4, the CPU, and RAM of PS4 Pro are much faster. The console has an extra 1GB of RAM available solely for applications. By doing so, the 8GB of GDDR5 RAM is especially for games. All these improvements add up to around 4.2 teraflops.

The Sony PlayStation 4 Pro is bigger in size than the original PS4. Despite its big size, it does not look bulky like other high-end gaming consoles available in the market. It has a larger PC-style plug for attachment at the back of the device for better connectivity. The console also comes with an extra USB plug, but it does not enable exporting games to an external hard drive.

As the software system of this console is faster, it generates a lot of heat. This heat blasts out at the back of them system. On the positive side, the fans installed to keep it cool do not make as much noise as the previous models of Sony PlayStation. The controller has been redesigned, with a touchpad that lights up. The external look will have a matte finish.

The PS4 Pro is out for global sale at the affordable price for $399. It is $100 more than the original PS4, but the upgrade is certainly worth one’s money. The gaming console is compatible with all the accessories, games, and apps of the PS4 as well. The price is affordable as such updated technology is only available on expensive PC-gaming devices. Such a powerful gaming console is a novelty in the market currently.