The ongoing plans to make Mars our next home could be closer than we earlier thought. A new study suggests that terraforming of Mars could cost just a thin sheet of aerogel. Now that’s totally mind-blowing, right?

Derived from a gel, aerogel is a synthetic porous lightweight material which its liquid component has been replaced with a gas, making it mostly composed of air. Scientists in the new study are proposing that the material could be used to create a greenhouse and to protect a garden in Mars from harmful radiation while sufficient light could pass through for plants to grow. 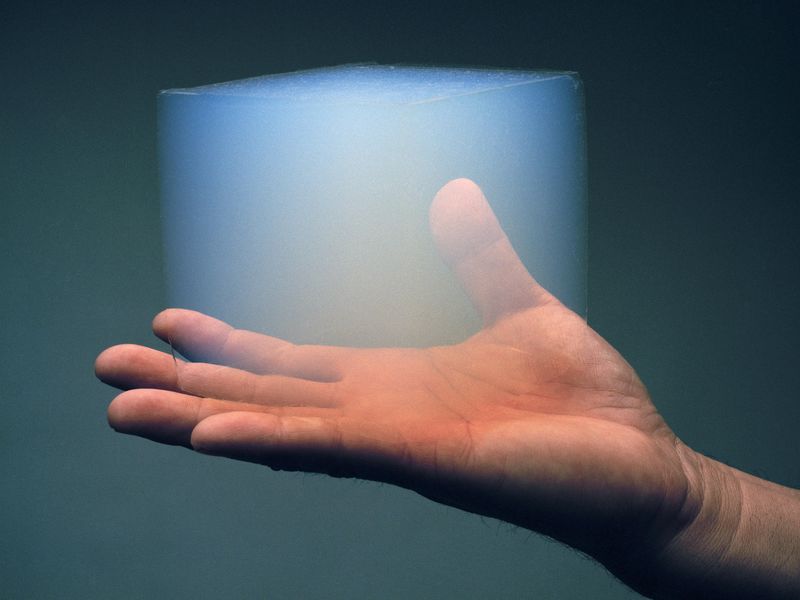 According to the research published on July 14 in the journal Nature Astronomy, a sheet of aerogel is between 2 and 3 centimeters thick and that’s enough to create viable greenhouses that could protect plants from the most difficult life on Mars. This terraforming plan is by far more feasible than other previously proposed ideas, though there are lots of other challenges scientists must solve before anyone can settle on Mars.

Aerogel may have answers to the biggest challenges

Maritain settlers still have other serious challenges: unfiltered solar radiation, which sweeps through the planet’s thin atmosphere to the surface and deadly temperatures. According to New Scientist, temperatures at night could reach -100 degree Celsius. That’s absolutely too cold for any crop from Earth to survive.

To understand how aerogel greenhouses would fare in Mars, a team of scientists from Harvard, University of Edinburgh and CalTech tested Aerogel in a lab with atmospheric conditions similar to Mars.  Because aerogel is mostly air, the material easily passes light-giving sunlight for plant photosynthesis. But the lightweight silica was only able to block about 60 % of the harmful ultraviolet radiation that reaches the Red Planet and almost all (99.5%) of the ultraviolet C radiation that’s particularly dangerous.

Also, the aerogel was able to raise the temperature of the underlain surface by 50 degree Celsius through the greenhouse effect. That may be enough to initiate a localized version of the water cycle and to defrost ice trapped beneath it, reports New Scientist.

“It’s a very different approach to a lot of these global terraforming ideas,” Robin Wordsworth of Harvard University told New Scientist. “But it has the advantage that we could actually do it in the next few decades rather than much further in the future.”

Terraforming of Mars will still take some time, even with this new study. The strange and dangerous ways space travel affect the human body are yet to be understood clearly. However, the use of aerogel greenhouses is viable to improve support for space farming.

Other ideas to terraform Mars include Elon Musk’s proposal to release carbon dioxide in Mars’ atmosphere by dropping nuclear bombs.  Another plan is to focus gigantic mirrors at the planet to melt the ice caps.