The Age of the Galaxy Samsung S22 Ultra

Lights, Camera, Action! The Samsung S22 Ultra will bedazzle the geek in you.

The Galaxy Samsung S22 Ultra is available for pre-orders starting Monday and will be released on February 25, 2022. The latest flagship comes with a built-in S Pen and superior camera experience.

The Galaxy S 22 functions like a Samsung Galaxy Note, without the Note tag. It is powerful, sleek, and efficient to use. With a display screen of 6.8” it is priced at $1,199.

The South Korean electronics maker is offering plenty of discounts for pre-orders until February 24. The perks include free upgrades, $200 worth of Samsung credit that can be redeemed for Galaxy Watch 4 or Samsung Freestyle projector, and discounts for the Samsung Galaxy S8 tablet. 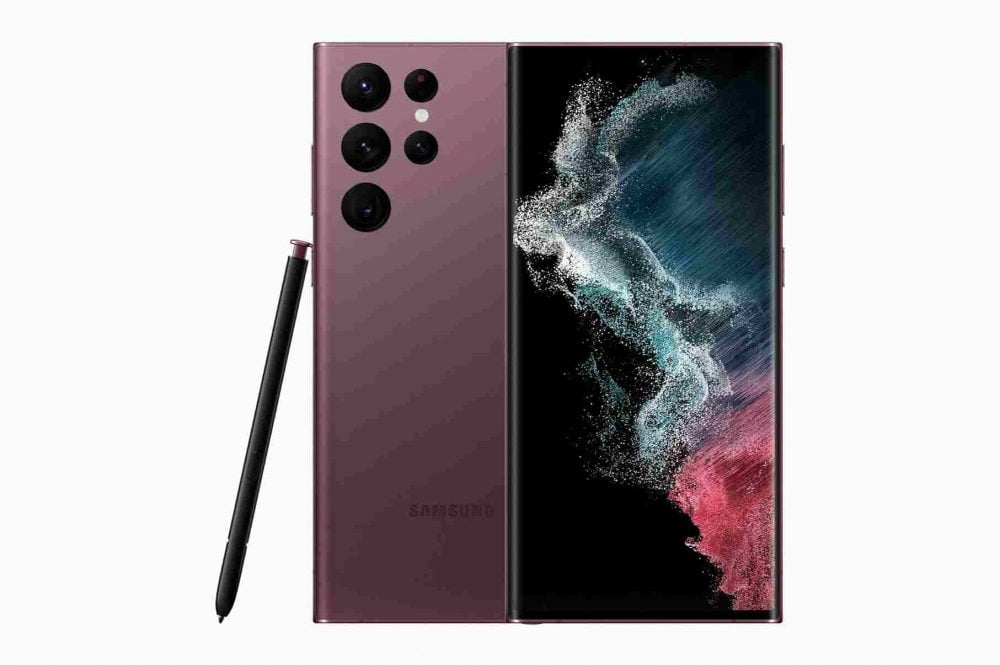 The Galaxy S22 Ultra’s biggest selling point is its improved camera that promises to freeze time just as you see it, perhaps in greater detail than one’s naked eye will allow. You will be disappointed only if you do not expect Samsung to flaunt its A-game with this flagship.

It is fortified with an Armor Aluminium frame, which lives up to its name, and has Corning Gorilla Glass Victus+ back that makes it better resistant to scratches and drops. The phone and the S Pen both have secured a rating of IP68, which assures customers that it is resistant to water and dust.

It is sleek and stunning, with squared edges that give it an arresting look. The model is available in Phantom Black, Phantom White, Green, and Burgundy.

The flagship model has a 5,000 mAH battery which the company claims can sufficiently power the phone for a day. The charger offers 45W charging and the company mentions that the phone will reach 50% charge in under 20 minutes. The only drawback is that the charger is not included with the phone. Customers will have to buy it separately from Samsung dealerships.

The phone is powered by Qualcomm’s Snapdragon 8 Gen 1 processor and the 4nm chip is primed to deliver better graphics and a faster CPU.

It is believed that Samsung will offer its 4nm Exynos 2200 chip in international markets. It is powered by Samsung’s OneUI 4.1 and runs on Android 12.

The Samsung Galaxy S22 has a max brightness of 1359 nits and gets top scores in color reproduction. It managed to perform much better in comparison to other flagship phones in its league in the sRGB and DCI-P3 tests.

The Galaxy S22 Ultra is made up of a 108MP wide-angle camera, a 12MP ultrawide lens, and two 10MP telephoto cameras in the back.

The selfie camera is the front is of 40MP and provides shots with fine detail.

The S Pen’s latency has been improved to 1.8 milliseconds from 9. The company also mentioned that the algorithm has been upgraded to predict the picture a user will draw. It can recognize different handwriting and the rate of recognition has also been increased. The S22 Ultra’ S Pen is more responsive than the earlier model.

Writing on the screen gives users a feeling of putting pen to paper, and users can easily send their documents to MS Office or emails.

The in-built Samsung Knox promises to secure one’s biometric data and shows users which apps are sharing data or tracking one’s activity. This gives the user increased control and lets them deny or allow permission to relevant apps.

The sleek, polished look is definitely eye-catching and bold. The improved camera details, which provide clearer film-like shots even in low lighting, is one of the best features of this phone. If you are looking for a phone with superior performance that works as a computer and portable DSLR, the Samsung Galaxy S22 Ultra is the phone for you.