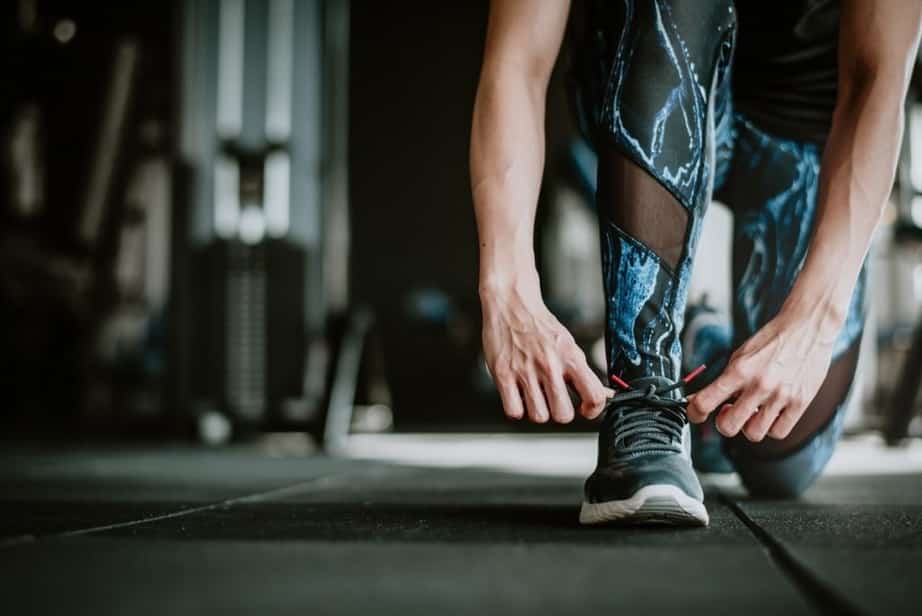 List of Best Calorie Counter Apps of 2019, available on iOS and Android devices.

Calorie tracker app MyFitnessPal is one of the most widely used apps among individuals tracking their health and calorie intake. Available on both iOS and Android, MyFitnessPal has over 6 million food library at the moment which is regularly updated to suit new demands and cover new lifestyles. 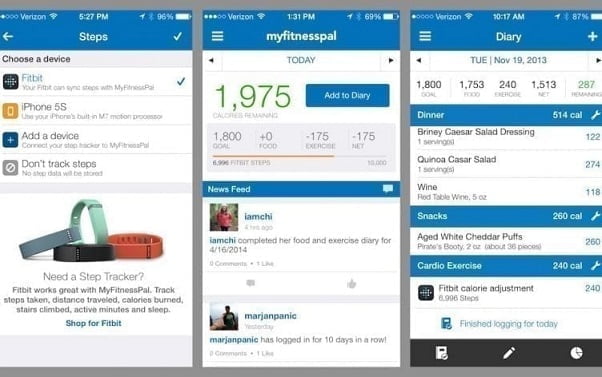 You can log food on the app manually or automatically by scanning a barcode. MyFitnessPal also allows you to create custom entries for your recipes of choice or add favorite shops to enable quick and more convenient access to them.

SparkPeople Calorie Tracker app is another calorie counting app with a massive food database. It also allows you to enter food calorie information by scanning the product’s barcode using your device’s camera. The process can equally be done manually. SparkPeople food calorie counter app is free and available on both iOS and Android devices. It’s a good choice for anyone that wants to eat a new food every day. 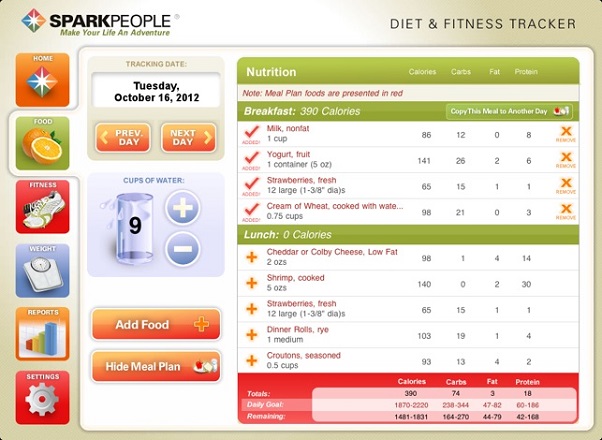 SparkPeople also has social features to help you see what your friends or colleagues are doing to motivate you on your lifestyle or diet change.

Also known as CRON-O-Meter, this calorie counting app focuses more on presenting your calorie information using easy-to-understand formats such as charts and icons. Among all the best calorie counter apps, Cronometer has the credit of making numbers easier. The app’s homepage constitutes three charts showing the number of calories you have consumed, burned and calorie progress. Cronometer app also has customized profiles for different classes of individuals such as pregnant or lactating women while you also have the choice of creating one. 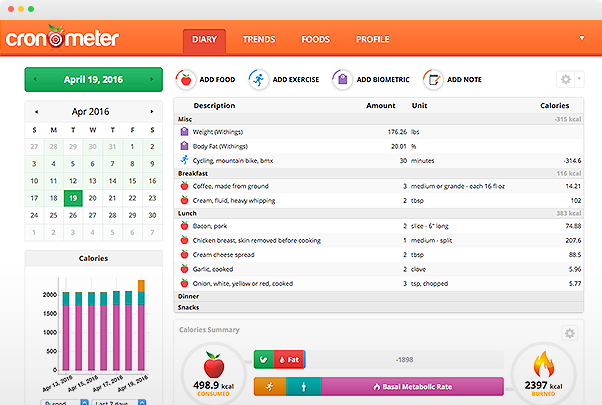 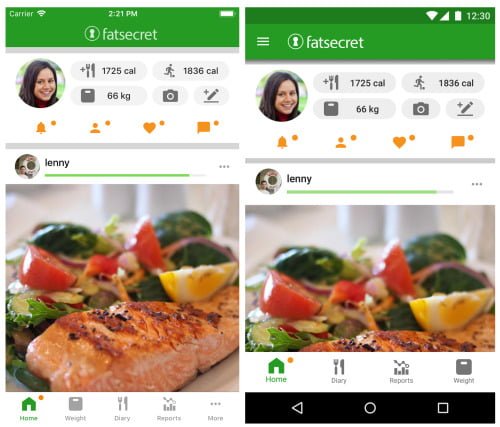 Second to the previous food calorie counting app’s simplicity is FatSecret’s calorie counter available on iOS and Android devices. The app focuses on making your data easier to understand while seamlessly counting the calories in your food and drinks. Calorie Counter by FatSecret is one of the best calorie counter apps on our list that unlocks premium features without a need for in-app purchases. It’s absolutely free. 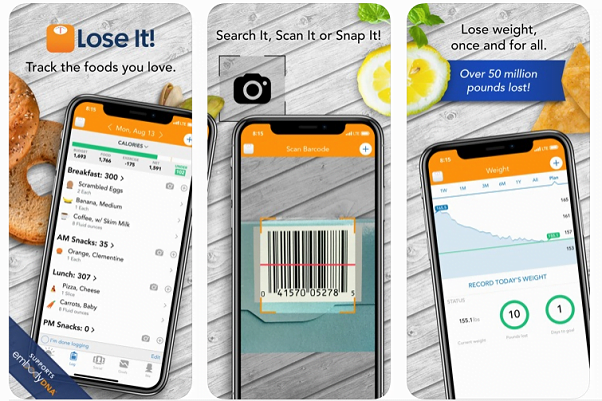 Lose It! is one of the most flexible health tracker apps out there. It presents your calories on the homepage using easy-to-understand charts and recommends a personalized calorie intake based on your attributes: height, weight, goals, and age. Lose It! features a comprehensive food database and offer easy means of adding new foods using a barcode scanner or a very simple manual process. It’s one of the best calorie counting apps with simple and user-friendly food diary. Lose It! is available on iOS and Android. 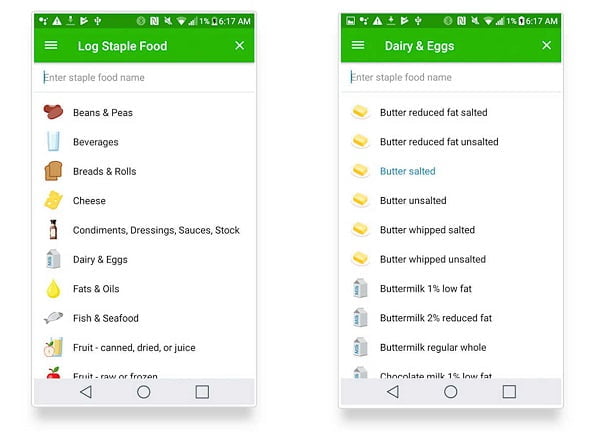 Considered the most beautifully designed calorie tracker on our list is MyNetDiary. The calorie tracker app features an easy-to-use clean user interface, colorful dashboard constantly displaying your calorie data, and clear icons in the food database.

MyNetDiary has over 600,000 items on the food calorie list which can be accessed for free on the company’s website even if your mobile device is not available. Available on both iOS and Android, MyNetDiary doesn’t require any form of registration to use and the calorie counting app works on Apple Watch.

Calorie Count is one of the best health apps you can use as a fitness partner, personal nutritional coach, and in a diet program. It allows you to access your nutrition data, diet analysis, exercise log, food diary, and changes in weight. Calorie Count provides easy and motivating programs to meet your weight loss goals by providing the right calorie needs and notifying you of every progress in your weight loss.

The food calorie counter app provides a food guide before you even go out to eat, offering healthy food choices from the entire meals available. It has a food database of more than 250,000 foods and the closest restaurants you can find them.

Available on Windows, iOS and Android devices is the Calorie Counter developed by Fitbit. As one of the leading companies in fitness management, Fitbit built-in calorie counter is one of the best calorie counter apps featuring a great synergy with hardware. It constantly tracks the miles you have traveled, minutes you’re active, and step to accurately measure the calories burned. 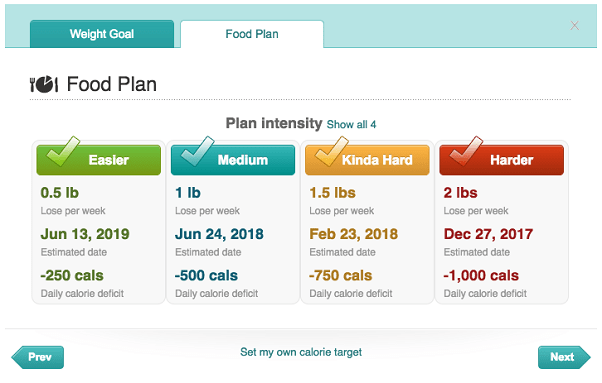 Like other best calorie counting apps on our list, Fitbit built-in calorie counter can be your food journal. You can include new foods using a barcode scanner. The app has over 350,000 foods in its food database from which you can select directly or alter a meal according to the ingredients and preparation. Fitbit app, which is delivered with the devices, will gradually learn of your favorite diets as you use the app.