Raspberry Pi is a very small single-board Linux computer that has a lot of applications in embedded systems, particularly in robotics. It’s great for DIYers and professionals alike. You might love your Raspberry Pi, but it needs to stay safe from the elements! Hence the reason we’ve compiled this list of our personal favorite best raspberry pi cases you can find on the market. 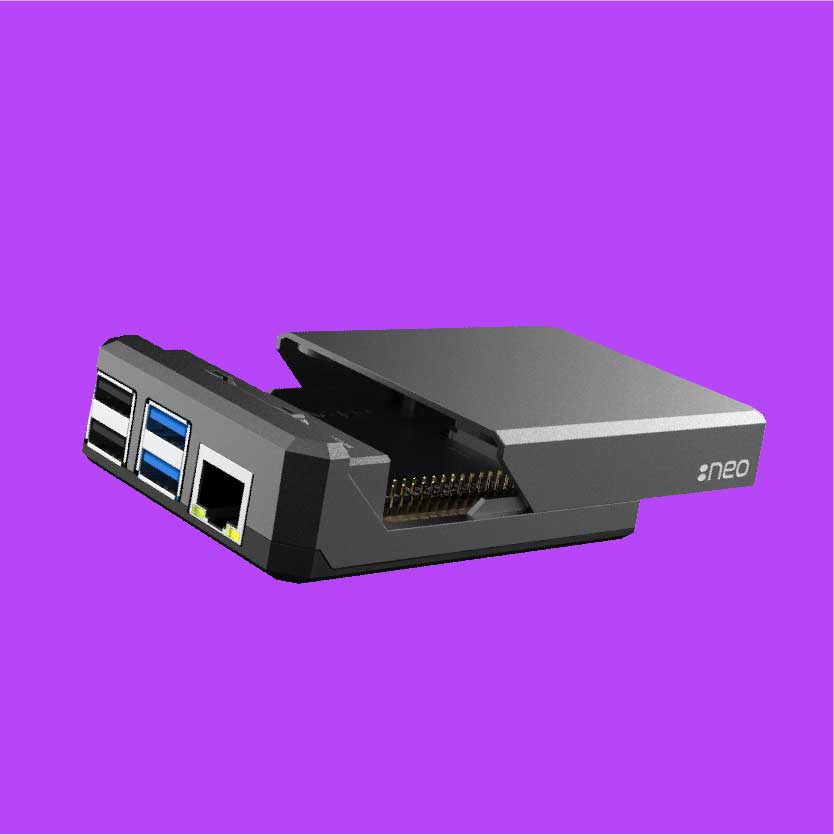 The Argon Neo features an attractive gunmetal-gray aluminum cover on its surface and sides, with a shiny black plastic at its bottom. An aluminum plate is used to cover the top of the Raspberry Pi, and an included thermal pad is then used to bond the RAM and CPU to the metal for cooling. Meanwhile, a standard-size HAT can easily be fixed on the Argon Neo without the additional need for an extender or ribbon cable.

You can also prop a Raspberry Pi camera right above the USB ports on the right side of the case. Thus, argon’s Neo case gives you easy access to your Pi and helps connect it.

The Pimoroni Pibow Coupe 4 cooling case is made out of a single piece of laser-cut acrylic, making it look very sleek and clean. The same is true for the finish on the product – smooth as silk. The case comes in two parts: An upper part and a bottom part with enough space underneath all wiring.

Unlike the Argon Neo, the Pibow Coupe doesn’t come with any cooling solution. Still, since the CPU isn’t covered, you can attach a heatsink or a fan HAT, or you can decide to use Pimoroni’s fan shim, which slides easily over the first 12 GPIO pins but also allows you to put a HAT on top.

The colorful plastic case of the Pimoroni’s Coupe is now put together in layers that you carefully place around the Pi and then screwed together, which means to remove the computer from it, you will need to disassemble the entire case. Unfortunately, it also leaves a part of the surface of the Pi and side areas around the ports open for air, which means your Pi isn’t hidden or well protected, as do other cases.

When it comes to the Raspberry Pi protection, you have pretty limited choices. The SmartiPi Touch 2 is the official raspberry pi case with exciting specs. It features a fan cage that you can fix over the Pi or a plain,  fanless black cover with an opening for GPIO pins.

Once put together, the SmartiPi Touch 2 can be placed on a table where you can easily adjust its angle up or down or use screws to attach it permanently to a surface. If you are on the hunt for a raspberry pi 4 case with a fan, this makes your best bet.

Like an old-time game system, the GPi Case runs on a set of three AA batteries, and, with experience, the device can work for hours on a charge. Though you lack access to GPIO pins, you can easily swap the microSD card when the cartridge section is removed. So, if you wish to play on the Raspberry Pi like on a Nintendo, the GPi case has you covered.

Aside from the microSD card, this GPi Case has everything you need to make a handy gaming experience. The Retroflag GPi Case also features a headphone jack for accessible audio output and an easy click on/off switch that can safely shut down your Raspberry Pi. So, the GPi Case does live up to its abilities.