The third best-selling Nintendo 64 game of all time is slated for a re-release.

The re-release of the cult-classic GoldenEye 007 — GoldenEye 007 Remastered — has been announced at the recently concluded Nintendo Direct September 2022 event. It has been learned that the GoldenEye re-release is going to happen soon, across the leading gaming platforms. Let’s delve deeper to find what’s in store from this Nintendo 64-original and shed light on some blasts from the past.

The Eternal Bond, the Unreal Bond

Masterfully crafted by Ian Fleming, James Bond ushered an era of spy novels and movies since 1953. Based on its 1995-film adaptation, Rare came up with the iconic GoldenEye 007 in 1997 for the Nintendo 64 platform. Three decades later, GoldenEye 007 remastered is coming to the Switch Online Library with 4K resolution and a smoother framerate, alongside achievements, creating sensations across the global gaming community platforms. 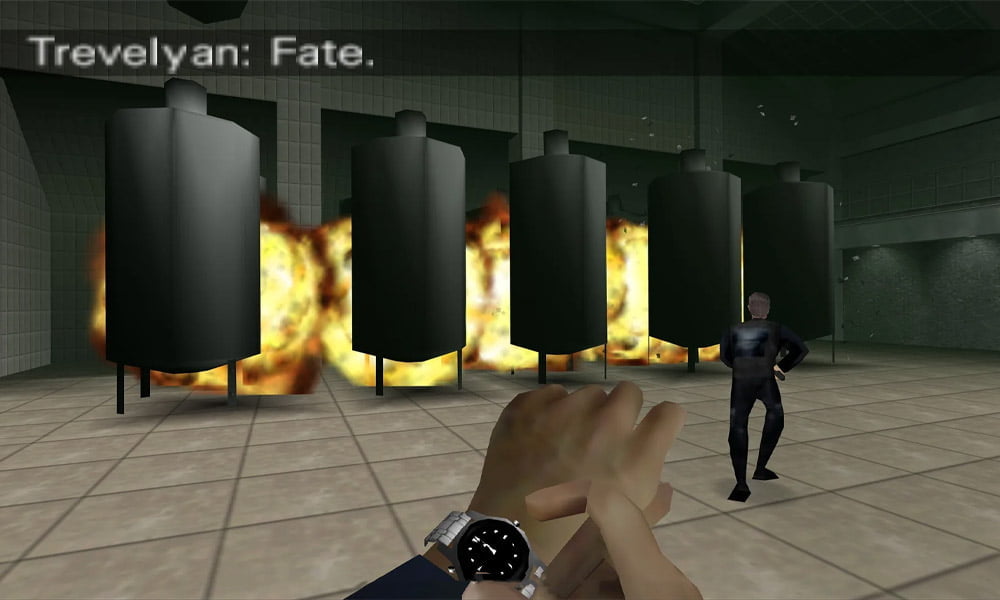 The announcement of GoldenEye re-release has forced both cinephiles and gamers to move to the edge of their seats. [Image Credit: Xbox]

The Leicestershire-based video game company Rare Ltd, has many feathers in its cap, but its 1997-release GoldenEye 007, remains the most swashbuckling one. It gave the studio its brand identity and helped it to make a name for itself in the history of best video games, becoming a force to be reckoned with in the process. The fact that they managed to secure the rights of the GoldenEye re-release after nearly three decades, especially after the announced 360-degree HD remaster on Xbox failed due to legal issues, is indeed a rare phenomenon.

Missed by a Whisker

In a shocking revelation, Nightdive Studios’s CEO, Stephen Kick, took to Twitter to share that they were so near yet so far in pulling the bragging rights of the GoldenEye re-release off. Kick, whose company couldn’t kick-start the dream project, wrote, “We @NightdiveStudio came *this* close to doing this, but ultimately I’m thrilled to see GoldenEye returning to modern platforms and more thrilled that @RareLtd is the studio to bring it back.”

The original GoldenEye 007 was released as a N64 title on August 23, 1997. Though all eyes are on the release date of the new GoldenEye 007 remastered, which was revealed at the Nintendo Direct in September, there isn’t anything concrete about when it will arrive. It seems that we need some more time until an official announcement in this regard from Nintendo or Rare, reaches us.

These are still early days, as Nintendo or Rare is yet to reveal the actual price of the much-awaited remastered edition of the classic GoldenEye 007. However, it has been learned that players who possess a digital copy of GoldenEye 007 Rare Replay, the 30-game collection of classics by the award-winning studio behind GoldenEye 007’s original release, will be able to download and enjoy the game without paying a single penny. Another thing that’s certain is that the prices of GoldenEye 007 Nintendo Switch and GoldenEye 007 Xbox Game Pass may vary.

There won’t be any room to play the new GoldenEye 007 online on Xbox Game Pass. In order to unlock that online multiplayer mode, you have to get your hands on a GoldenEye 007 Nintendo Switch copy.

What Does It Mean for Nintendo Switch?

Nintendo Switch has been dominating the handheld-gaming market for decades. But of late, it has started to face stiff competition from Valve’s new Steam Deck. With the huge fan following of GoldenEye 007 and the James Bond franchise in general, Nintendo is likely to gain a massive advantage over its arch-rival, as the former is the only one who will allow the much-exciting online multiplayer mode. Hence, it could be said with conviction that despite the availability of many other variants, the overall sales of GoldenEye 007 Nintendo Switch will skyrocket.

The biggest announcements from Nintendo Direct