The Creepy Alter Robot That Might Haunt Your Sleep

Humanoid robots have always been a matter of sheer fascination to humans. With the advancements in science and technology, we’ve arrived at a stage where everything will soon become robot-centric. The ubiquity of unending Internet thread, computer programming, and advanced AI are now ruling the world. Moreover, they have outstripped primary forecasts related to the rate of tech advancements in everyday life. With this intention, giant companies are making huge bets on robotics and AI. Technology analysts foresee this world as a space saturated with powerful processor chips. The ones, which can insinuate themselves in prime necessities of this age, i.e. apparels, gadgets, etc. 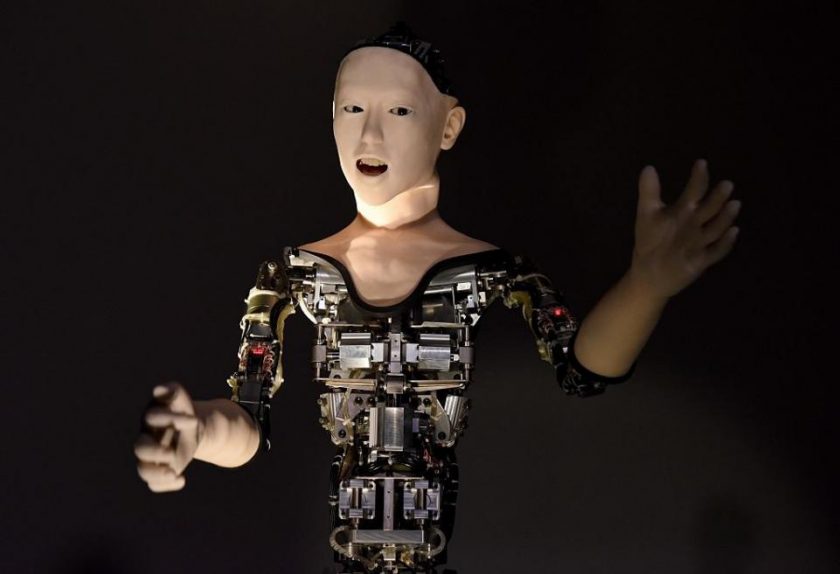 Japan is the technology hub of the world. You can name any, from the sexiest humanoid to the creepiest one, the country has it all. To put it another way, Japanese are quite obsessed with the robotics. This obsession, in fact, has led to the birth of Alter Robot. This might be the scariest humanoid robot form, which you might’ve heard of till date. We assure you that this Japanese robot can absolutely act as a fuel to your eerie night and creepiest nightmares. The Japan Science Museum recently unveiled this eerie robot.

Alter Robot – How does it work?

A bunch of neural networks guards the movements of the Alter Robot. There is an absolute no need of human assistance. The movement of this human-like machine depends on the number of people surrounding it. Additionally, this robot can also rely on the variation in the room temperature.

The presence of various sensors helps the robot to detect temperature, noise, proximity, and humidity of the room. Do not panic, but let us warn you that this robot sings. The neural network this Japanese robot carries is basically a learning computer program modeled after the neuron structure in the human brain.

This robot created by Robotics researchers at labs in Osaka and Tokyo was placed on display in the museum on August 6. After the display, Alter will be brought back to the researchers for further modification. In other words, the Japanese researchers want this robot to do more things than it’s capable of at present.

The robot doesn’t really look like a human nor does it moves like humans do. However, Alter doesn’t fail to register its presence. If you closely follow the video, you’ll notice that the robot offers you an impression, which clearly shows that it’s neither a robot nor a human, but it’s still an alive specimen.

Alter is certainly not the first to feature a neural network. There are thousands of researchers across the world working for tech behemoths like Google and Microsoft. They are using the same neural network technique to create future robots. A neural network can help robots to function and offers a loose set of criteria to carry out the functions.  They’re also working on mimicking the neuron chains by creating a connection using artificial neurons. Of course, these nets are not perfect yet. While some researchers are progressing in their research to create a perfect net, others have failed to do so.

For now, Alter Robot is something that will surely haunt your dreams.