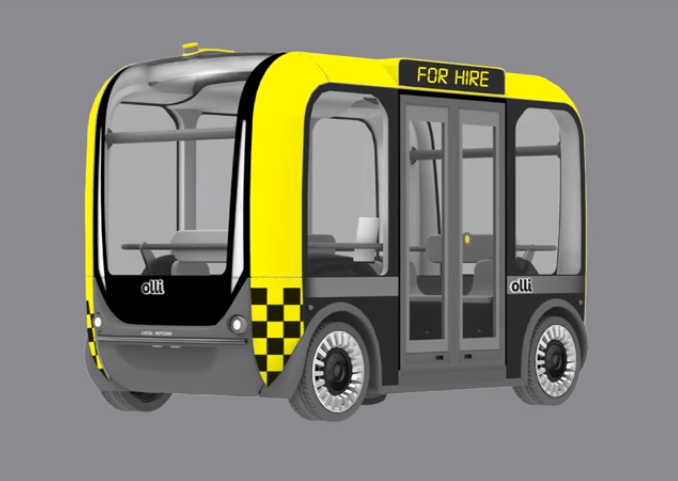 The material used to help print these vehicles are a blend of 80 percent ABS plastic and 20 percent carbon fiber, according to the company’s website. The self-driving minibus is capable of carrying up to 12 passengers and uses sensors and cameras to spot and avoid objects. It analyzes and learns from data generated by more than 30 sensors embedded throughout the vehicle. Currently, the vehicle travels between 5 and 25 miles per hour.

It taps into four Watson developer APIs (Speech to Text, Natural Language Classifier, Entity Extraction and Text to Speech) to interact with its passengers. They can ask where they are going, how the vehicle works, and why Olli is making certain driving decisions. It can also offer suggestions for historical sites or popular restaurants based on the personal preferences of the passenger.

Also Read: WWDC 2016 Was All About Impressing China

The vehicle is currently motoring around Washington, D.C., and soon enough, we’ll see the bus in operation in Miami-Dade County and Las Vegas before the end of the year. Miami-Dade County is exploring a pilot program that would deploy several self-driving vehicles to carry people around Miami.

While this bus is the first autonomous vehicle to use Watson —IBM’s machine-learning platform, this isn’t Watson’s first foray into the automotive industry. The company unveiled its IoT for Automotive unit in September 2015, and in March, IBM and Honda announced a partnership for Watson technology and analytics to be used in the car maker’s Formula One (F1) cars and pits.

Also Read: An Early Introduction To The World Of Coding

In March 2015, IBM demonstrated its commitment to IoT by announcing that it was investing $3B over the course of four years to establish an independent IoT business unit, which later came to be called as Watson IoT business unit.

This will be a crucial milestone for Local Motors and the autonomous car world because Local Motors is competing against big players like Apple, Google, and also the larger motor companies like Ford or GM with a vehicle that is actually moving people around. Previously even Uber was testing its own fleet of self-driving cars but they were small beta tests and not open to the public transportation option.