The Hayabusa 2 has successfully landed on a faraway asteroid – the Ryugu asteroid to collect samples that could give insights into the evolution of the solar system.

This is the second touchdown for the Hayabusa 2 which has returned to the Ryugu asteroid to collect matter that can shed light into what the solar system was like 4.6 billion years ago. JAXA said that the Hayabusa 2 will be the first aircraft to bring back particles from below the surface of an asteroid. 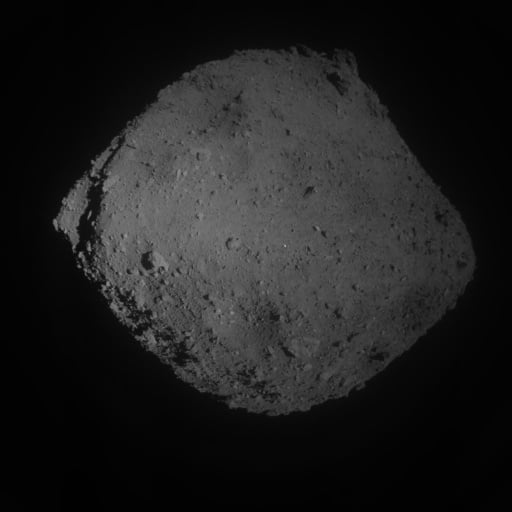 To collect matter from under the surface, an ‘impactor’ was fired from this Japanese aircraft first touchdown that created a crate on the asteroid’s surface. JAXA said the particles could include water and organic materials.

What is Ryugu Asteroid?

The Ryugu asteroid is said to hovering in space since the beginning of the solar system. It belongs to a primitive type of space rock. Hence, its matter could give insights into what the solar system was like in the early years after its creation.

The asteroid is about 300 kilometers from Earth and is 900 meters wide.

During its first touchdown, the Hayabusa 2 fired a 5g pellet at 1050 km/hr into the surface to collect dust particles before returning back to its stationary position, 20 km above the Ryugu asteroid. 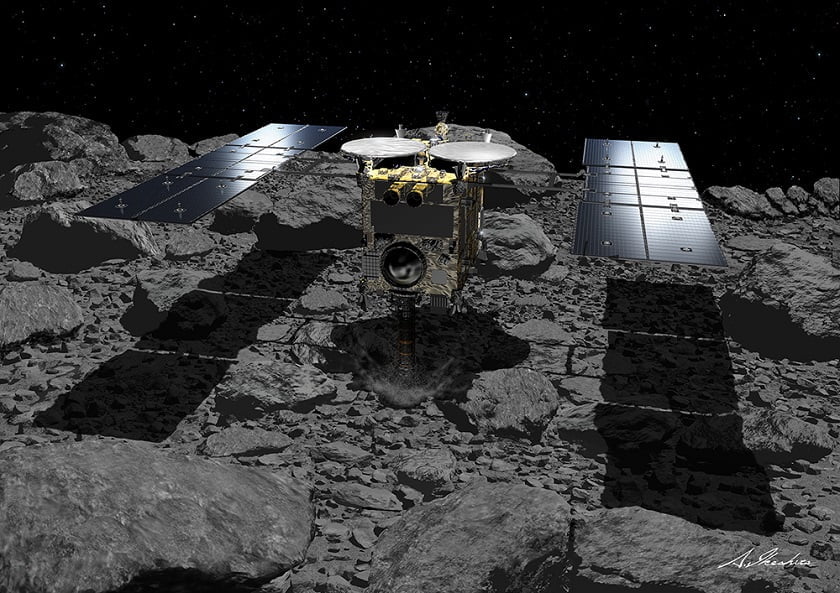 The second touchdown enabled the Japanese spacecraft to collect the materials stirred up during the creation of the artificial crate. A photo taken by the spacecraft revealed the materials in the crate to be remarkably different than the rest of the surface.

The scientists at JAXA believe that the asteroid’s materials could give information about the origin of life on Earth.

The Hayabusa 2 will return to Earth next year. This spacecraft, which is powered by solar panels and is the size of a refrigerator is the successor of JAXA’s first asteroid explorer – Hayabusa.

The Hayabusa 1’s space journey was regarded as a big victory after it successfully brought back rubble from a different asteroid in 2010.

The Hayabusa 2 started its journey in 2014 and reached its stationary position near the Ryugu asteroid in June last year after traveling 3.2 billion kilometers on an elliptical orbit around the sun.

Japans's Hayabusa-2 Ready To Touch Base With Collected Asteriod Samples