The Hottest Gadgets at CES 2018

The world’s biggest electronics show, CES 2018 has just ended to leave us with a glimpse of the new gadgets to expect in our electronics market this year. As expected, most innovations came to override existing stunning features while others brought more light by improving our lifestyles significantly.

Artificial intelligence technology proved a lot of success in various gadgets at the show which featured over 4,000 companies. Aside from luxury, other significant products were innovations in health management, agriculture, safety management, business marketing, etc. Let’s quickly look at the twelve hottest gadgets we observed at the show. 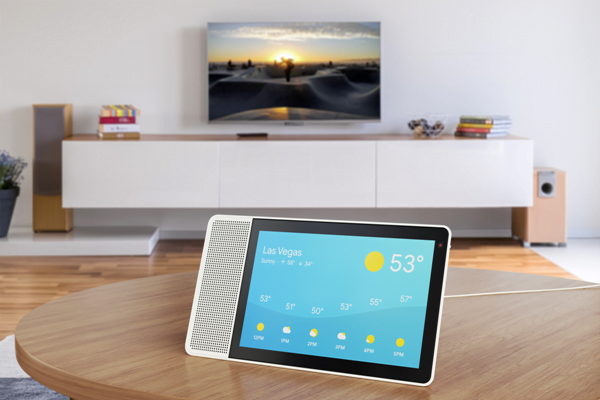 Google used Lenovo’s Smart Display to raise its competition with Amazon’s Echo Show, and it paid off. The Smart display which ditched Alexa for Google Assistant is the outstanding AI-integrated device for smart homes. It’s much more modern and generally unique. The Smart Display comes in two sizes; 8 inches and 10 inches screen size with two back color options; wood design or soft-touch plastic black.

The Smart Display which has a sharp and colorful display has a 720 front camera covered by a sliding smart cover hardware addition. It is powered by a Snapdragon 624 CPU, 4GB storage and 2GB RAM. As a full voice-activated computer, users can ask for information and get quick audio responses augmented by a display. Unlike its counterparts, Lenovo’s Smart Display has a larger screen, can play YouTube videos while having a more polished design that can easily blend with your home décor.

Lenovo’s Smart Display would be available in the summer – in the US. And the prices would be around $199 and $250 for the 8-inch and 10-inch model respectively.

Kohler’s Konnect is a complete delivery of full-featured smart home. It’s a collection of smart bathroom and kitchen appliances powered by Alexis. The Home Kits comprises of a bathtub, two toilets, a shower, a mirror and a kitchen sink which can be controlled using voice commands. What a luxury! The taps connected to the kits are well calibrated to deliver specific measurement of water you may ask for while it’s providing broad IoT ecosystem in your home. The platform runs on Microsoft Azure, has ambient lighting and a music player.

All the Kits in Konnect provide special features to ensure that you enjoy the full flexibility of a smart home. The mirrors come with built-in lights which can be adjusted using voice commands alongside motions. It has two toilets which can sense when one is approaching to activate a foot warmer and heated seats. You can wave your hands to flush the toilets while also being able to set the temperature of the water in your bathtub.

Your phone can pair with all the products through the Kohler Konnect app where you can activate the number of different users and set preferences.

Aibo is a robot dog from Sony; an improved version of the robot dog Sony introduced some years back. The robot which behaves just like a puppy is powered by artificial intelligent which enables it to recognize the owner and family members through a camera on the nose. The pet’s mechanics is well advanced – moving eyes, tail and ears, aside from the usual movements you expect from your robot puppy. 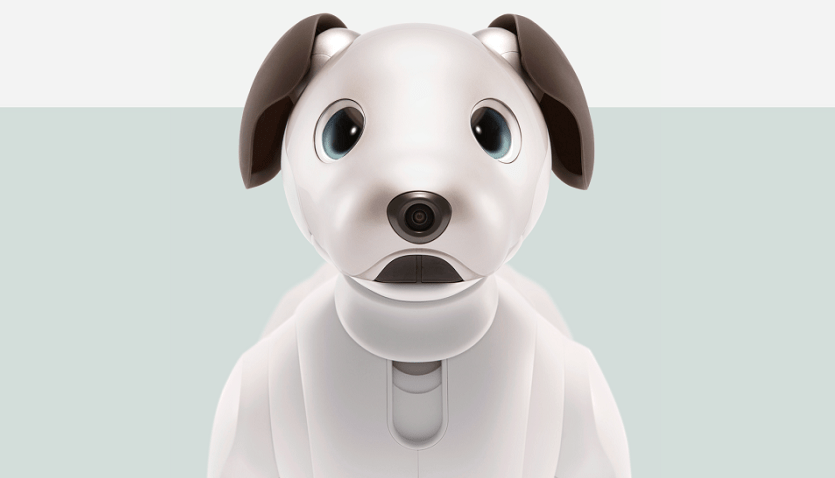 Aibo responses to back scratches understands commands like sit (as much as we could observe), and could obviously do more as a robo-puppy. Aibo also has touch sensors on the chin and head. The robot dog takes three hours to charge and can get up to two hours playing time. The product is available in Japan with the price of 198,000 JPY (~$1,800) and a service fee of $27/month. The purchase price may be unappealing, but the feeding plan is quite cool for such an effective puppy. 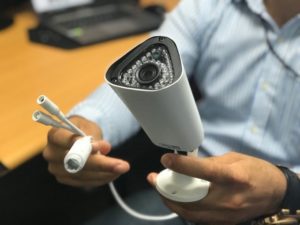 The AR4X camera is Amaryllo’s 4th generation professional outdoor security camera, which is powered by AI technology. It’s a robot camera that can recognize faces. AR4X can differentiate between human, cars, dogs, etc. The company replaced the traditional computer-based tracking system with patented technologies and also offered artificial intelligence which can talk to intruders, check new emails and track intruders automatically. AR4X can be referred to as robots that have come to the revolutionized home security system.

The camera is embedded with a PoE (Power over Ethernet) technology which provides easy installation while also cutting off the need for extra cables – they are simply connected to your Ethernet cable to reduce both cost and time of installation. It does not require extra software or hardware equipment to function. AR4X is already available at the price of $1000 for eight channels and one-year subscription.

NUVIZ is a gadget designed to enhance motorcycle riding experience. It’s the first Head-Up Display (HUD) integrated with a helmet to allow riders remain focused on the road while also viewing accustomed information through the screen attached. It has a built-in HD action camera with a handlebar controller. NUVIZ provides all the important navigation functions you may require in a vehicle, including communication kit and media devices; all in NUVIZ to support full connection/interaction without distractions.

Its camera can be set to take both pictures and video record. NUVIZ supports both Android and iOS connectivity, KitKat (or later) and 10.2(or later) respectively. The gadget is built to withstand all weather conditions, including the rain. And the device is open for upgrades pending when the company releases new features.

Relumino was first practiced by Samsung on Gear VR headset before the formal release of the hardware – Relumino. It’s a gadget for visual enhancement, supports individuals with visual impairment to see objects clearer than they are able to see with their real eyes. The concept was inspired by the thrilling statistics of individuals not completely blind – about 217 million (86%) of people with visual impairments which have partial views and can actually see pictures on the television.

Relumino uses image processing software to enhance image quality with reference to the individual’s sight changes. It reduces blurriness, performs color inversion and as well as contrast. The visual aid is designed to assist individuals with peripheral or central vision loss. It acts as support by remapping images and filling the blind spots in the user’s vision.

Snore circle eye mask is the solution for individuals who snore at nights to disturb their partners and get less sleep. It eliminates the nighttime annoyance by helping you to control your snoring through a small sensor. That’s interesting, right? A lot of persons were fascinated by this innovation at CES, and it’s obvious that most individuals present were ready to spend more than the product price, $49 to gain freedom from snoring. 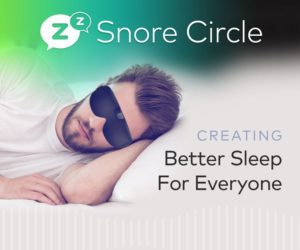 The device is like a blindfold or sleeping masks with a tiny sensor which rests at the forehead. The sensor recognizes snoring sound through bone conduction and voice recognition techniques and responds by vibrating to stop or reduce the sound depending on your setting. It has up to 36 levels vibration which can be adjusted through the device app.

Snore circle app displays its control and data generated including while you were sleeping. It’s designed with ecological soft high-density sponge which makes it quite comfortable.