Do you want to make a splash in the NFT space? Immi gets it.

On Wednesday, the immi app made its debut on the App Store. The cutting-edge animation app makes full-body 3D cinema-quality characters and facial tracking technology accessible to anyone, anywhere. The app can be downloaded on iOS and works on iPhones (iPhone X or higher) and iPads. It markets itself as an application where “imagination meets animation.”

The immi app promises to usher in a new era in content creation, as it enables users to create animated content using facial expressions and body tracking technology and transform them into film-quality clips. The one feature that makes the immi app stand out amongst its peers is its exclusive offer. The app allows select users to bring their NFTs to life with the help of animation. Using the app will enable creators to customize their creations and mold characters that can convey emotions and tell stories with flair. 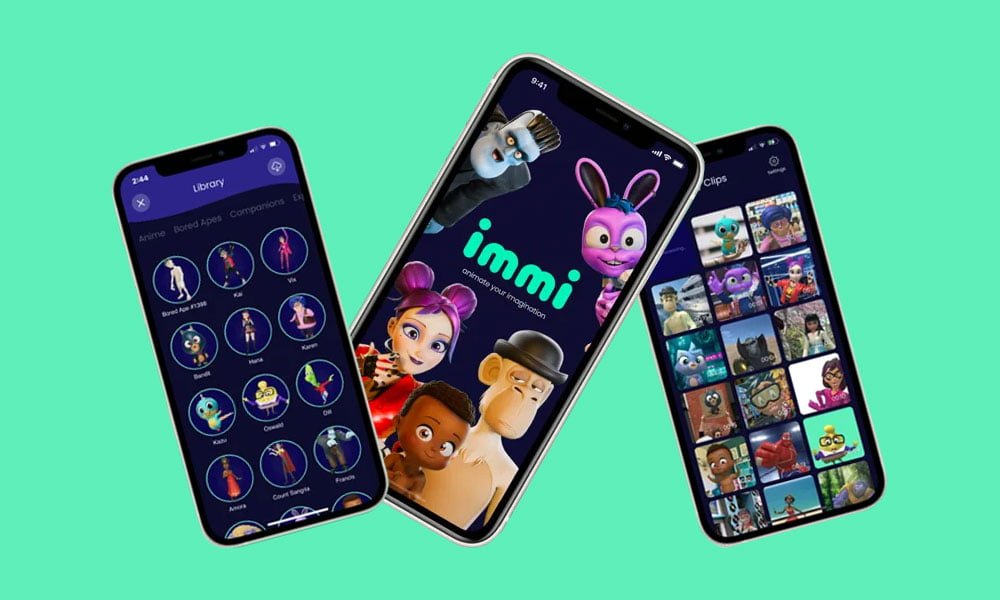 The immi app promises to transform NFTs with its cutting-edge animation, concentrating power in the hands of content creators.

Josh Jenkins-Robbins, CEO and co-founder of immi said that the ground-breaking technology brings to the table “an opportunity for casual creators to freely express themselves, piloting studio-quality animated characters through their iPhone in real time.” He goes on to add, “Users can step into unique and lively personas across numerous character genres that rival the likes of Pixar. immi sparks creativity, joy and fun while allowing users to become whoever they want to be.”

The animations can be used on social media or in the metaverse, and will allow select owners of the popular Bored Ape Yacht Club and My Pet Hooligan NFTs to animate these characters. Paris Hilton, Mark Cuban, Snoop Dogg, Jimmy Fallon, and GMoney demonstrated this feature by sharing their own immi-powered animated Bored Apes. Meanwhile, Tesla CEO Elon Musk changed his Twitter profile picture to a collage of Bored Ape NFTs this week, sending its value soaring.

In a written statement, the company revealed that, “at launch, immi will offer nine character genres, including two free characters per genre such as the highly-coveted Bored Ape #1398 NFT, a fearless superhero, an anime rebel, and the “Karen” we all know and love. Over time, immi plans to bring thousands of characters into the app including its own original IP, licensed IP from gaming and movie studios, as well as animated versions of popular NFTs.” In the summer, the immi app will launch an entire genre of characters as unique NFTs, bringing about a much-needed revolution. The immi team consists of tech enthusiasts and entertainment executives, which enables the app to make things fun and accessible. Employees also consist of animators who have previously worked at the likes of Pixar, Disney, and DreamWorks, bringing with them the unique gift of storytelling.

One of immi app’s celebrity investors is Paris Hilton, who has invested in a number of cryptocurrencies and NFT companies. Earlier this year, she released her autobiographical non-fungible tokens (NFTs) dubbed “Paris: Past Lives, New Beginnings” on the Origin Story marketplace. Speaking about the immi app, she mentioned, “I love how immi puts the power of creativity in the hands of creators and brings such unique utility to NFTs.”

Another imp app investor is Shark Tank entrepreneur Mark Cuban who has always been an NFT advocate and previously told CNBC that NFTs are “more than just a proof of concept for what you can do with smart contracts and decentralization.”