The International Flag of Planet Earth is Simply Amazing!

The grandeur of mankind’s ambitious plans of space travel and settlement has us reaching for the outer planets. A month ago, the White House earmarked over $17.7 billion for unmanned space missions that might answer the existential question about life beyond Earth. This comes two years after the U.S. National Research Council’s Planetary Science Decadal Review put out its 10-year recommendation for NASA’s planetary exploration program. The report had ranked exploration of Jupiter’s icy Moon Europa as the highest-priority mission. From that day forth, NASA has been bent on a reconnaissance mission on the distance frozen world of rock and ice. Here we are, venturing afar our planet, as ambassadors of Earth.

If humanity has the most concrete chance of having extraterrestrial colonization inside the solar system, it’s the ice-crusted planet, a 628,300,000 km way from our home. Picture the first human landing on Europa. Somewhere in the image there’s him planting an iconic emblem on the ground: The International Flag of Planet Earth.

At least, this is the future envisioned by a 24-year-old graphic designer, Oskar Pernefeldt from Beckmans College of Design in Stockholm, Sweden, who believes that the flag could be used by astronauts on future missions into the solar system.

The International Flag of Planet Earth 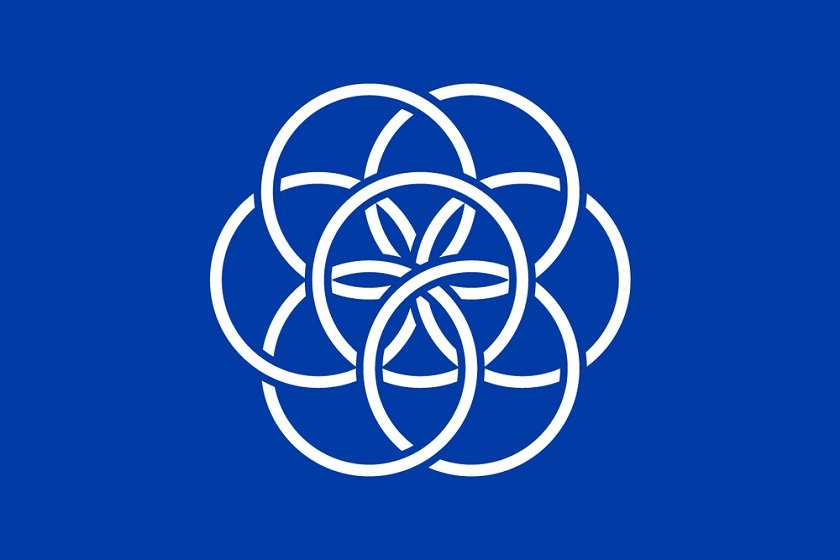 The International Flag of Planet Earth is an interlaced silver circle comprising of seven circles, creating a flower on an azure field.

The flower is a symbol of miracle of life on Earth.

The interlaced rings represents how we are all connected, everything around us – every particle, every atom is directly or indirectly connected.

The azure field represents water, essential for life, and how as the oceans it cover most of our planet’s surface.

The circle formed by the flower could be a symbol of the planet Earth, and the blue surface could represent the Universe. 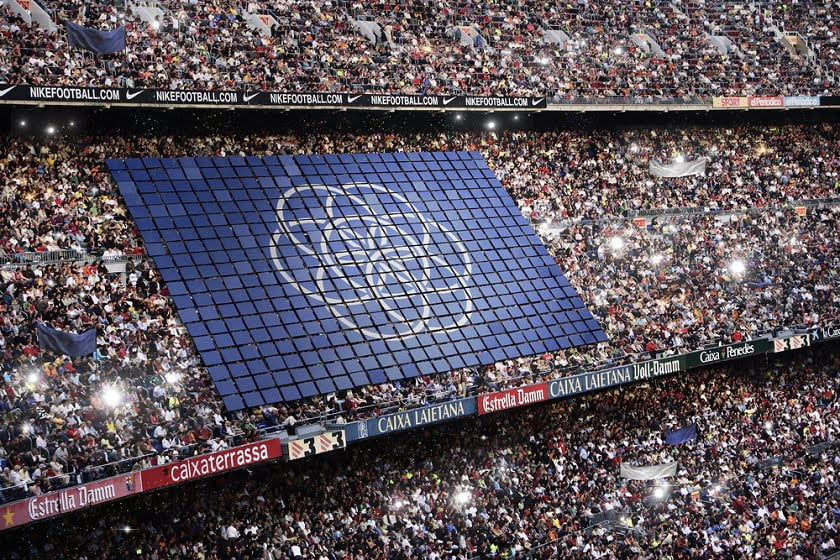 In a graduation project titled “The International Flag of Planet Earth,” Pernefeldt started designing a new flag by doing illustration of the Earth. Some of his earlier designs for a potential flag for the planet looked a little something like the one by earth Day founder John McConnell. He stuck to the fundamentals of vexillography (the art and practice of designing flags), rather than randomly drawing circles around a plain background.

Pernefeldt sees the flag being used when humans chase intergalactic ambitions. It is designed with interstellar travel in mind, astronauts are not only representatives of their nation, but also ambassadors of our planet. It is to remind humankind that we share this planet – boundless patriotism for the planet, even with national boundaries.

Now, it is up to an agency like the NASA or UN Office for Space Affairs, or ESA to make a choice to actually use it. But the young designer is content with raising that idea that humankind needs one flag. This doesn’t mean that he’s against individual countries’ flags. He imagines a future where humans are going to Mars from Earth, taking the Earth flag with them. Or, the other way around, a future where the first colonists use a Mars flag.

According to the project’s website, the flag was contrived with the help of NASA, LG and BSmart. The flag is illustrated on the site website with a splendid selection of mockups depicting humankind planting the flag on Mars, waving it at the World Cup. May be, this is how we’ll look when we conquer the galaxy in the coming 200 years. Who’s up for an anthem, next? 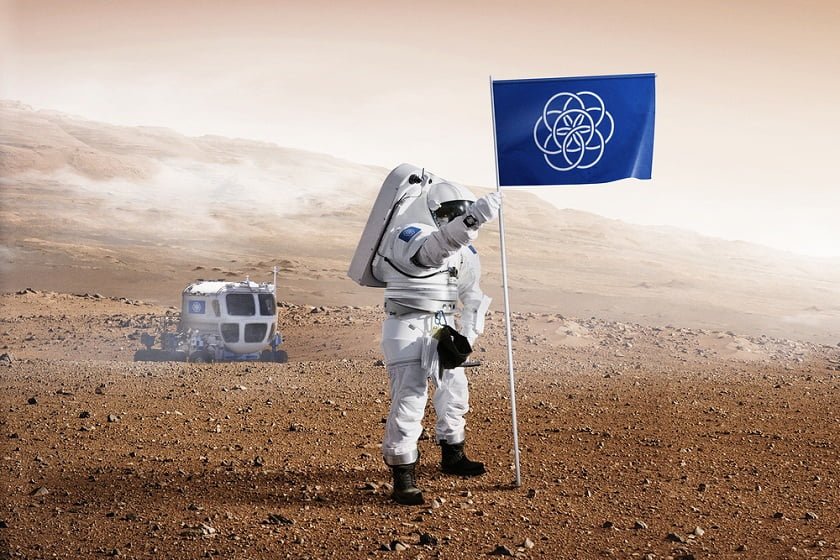 Gogoro, the Electric Scooter of the Future that won’t Need Charging