The sixth-generation iPad Mini users observed that sometimes text would appear uneven while scrolling. Text on the screen appeared to tilt downward towards the left, as if only one side of the screen was responsive while scrolling.

While the company initially refuted rumors that anything was wrong, it is now facing a class action lawsuit for deliberately misleading its customers.

Some customers admitted that although they were unable to record the screen, the feature is very much present and can cause eye strain. The issue was publicly highlighted in September 2021, by The Verge‘s Dieter Bohn. He recorded the problem in a slow-motion video and tweeted his findings.

Later, many users verified that the issue comes up only while using the iPad Mini 6 in portrait mode and that the problem disappears when they convert to landscape mode. 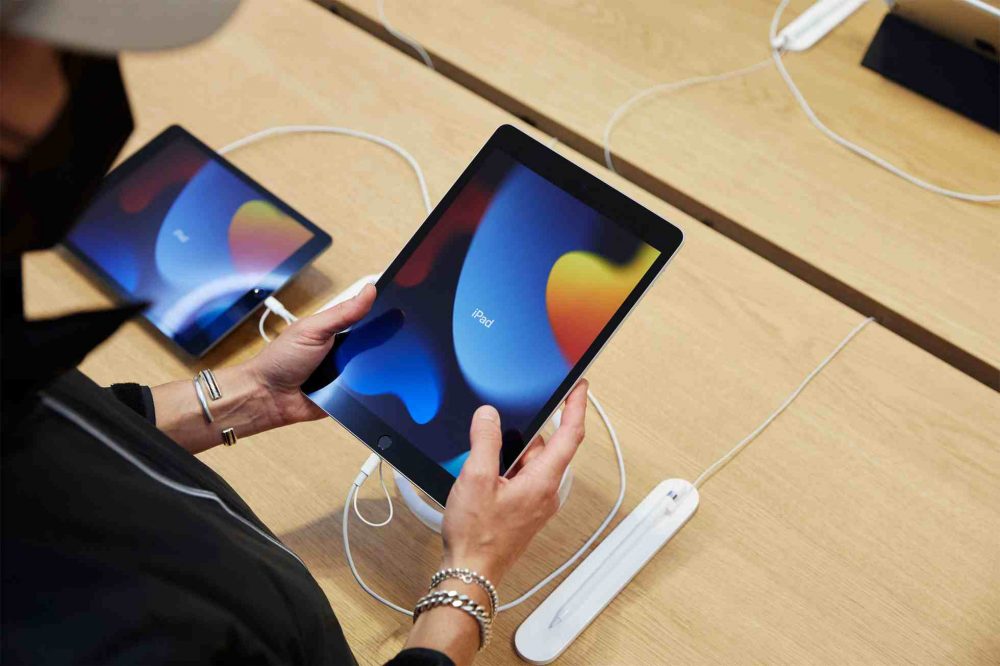 The iPad Mini 6 is sleek and fast, equipped with an A15 bionic processor.

On February 10, a furious Colorado resident, Christopher Bryan, filed a class action lawsuit against Apple, alleging that the company marketed the product despite being aware of existing issues. His lawsuit alleges that the company turned a blind eye to the problem and continued to market the iPad Mini without working on a solution or informing customers about the defect.

The lawsuit states that, “the iPad Mini is defective, as the liquid crystal display (‘LCD’) is prone to ‘screen tearing which can make images or text on one side of the screen appear to be tilted at a downward angle because of incongruity in refresh rates’ causing ‘ one side of the screen to look as if its responding faster than the other side, which creates a visual disturbance’ called ‘jelly scrolling’ that Apple has acknowledged.”

In late September 2021, Apple responded to Ars Technica’s queries by saying that the ‘jelly scroll’ is normal behavior for LCD screens. Furthermore, the company was of the opinion that there is no ‘fix’ for this issue. It is unclear whether it is a hardware issue or something that can be rectified with a software update.

The iPad Mini comes with an A15 processor, a laminated display, P3 color gamut, and USB-C port. The data port can transfer data at a rate of up to 5GB/s

The iPad Mini 6 has a 8.3-inch Liquid Retina display and is sleek and thin. This makes for a superior game-playing and media-viewing experience. It is the smallest in its lineup and has a 2266p X 488p display at 326 pixels per inch. It is compatible with the Apple Pencil 2, which can be attached to its side for charging and storage.

The camera has a 12MP sensor with True Tone flash, Smart HDR 3, and is capable of 4K recording. Apple mentions that the A15 Bionic processor makes the iPad Mini faster than its predecessors.

In October 2021, Apple settled a lawsuit where it was accused of violating the Magnuson–Moss Warranty Act. It included all U.S. residents who had purchased AppleCare Protection Plan or AppleCare+ on or after July 20, 2012.

Later, in November 2021, a lawsuit lodged in the U.S. District Court for the Northern District of California, alleged that the company indulged in anticompetitive behavior. It mentioned that the tech company forced developers to accept App Store conditions, limited iOS devices to its own operating system and levied a 30% commission on App Store purchases. These practices made it difficult for users and developers to venture outside the rigid Apple ecosystem.

At the beginning of 2021, a customer advocacy group in Europe took Apple to court accusing the tech company of intentionally throttling older iPhones in Italy. The plaintiffs sought roughly $73 million in compensation. In March 2020, Apple had admitted to deliberately slowing down older iPhones in the US and agreed to a $500 million settlement.