Every individual who thought rival’s championing Samsung Galaxy S7 release caused the slump in iPhone sales deserves a facepalm. Yes, Apple definitely has a stack of major issues causing its low performance in quarterly earnings, but Samsung is certainly not to be blamed. In fact, Android fans who’ve been flaunting the false victory of Samsung over Apple should simply step aside. Samsung has got nothing to do with Apple’s performance. 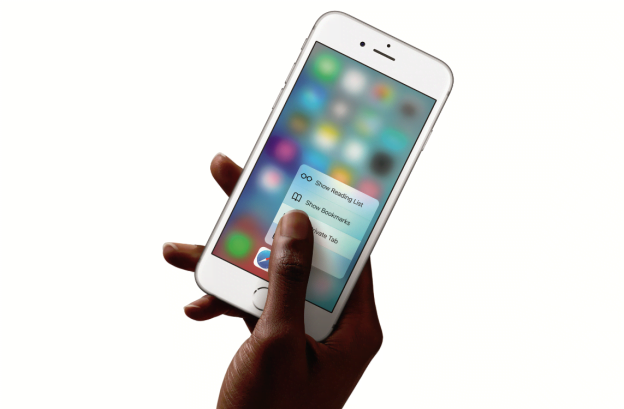 Despite managing to achieve a record fiscal first quarter over the winter, the iOS behemoth’s guidance and earnings for second quarter raised tremendous concerns over the decline in growth. Apple Executive Tim Cook reportedly threw the blame on the global economic downturn. In particular, the Apple CEO noted the impact of currency exchange rates, which turned out to be unfavorable for sales, especially in China. It’s not a hidden knowledge that China serves as the second largest source of the revenue generator for Apple Inc. since decades.

A strong position of U.S. dollar in the market effectively raised the price of Apple devices for everyone outside the United States, particularly in the Chinese markets. This, eventually, was the reason why iPhone sales tumbled in China, not due to some Android smartphone taking over it in terms of popularity. A few recent reports suggested that Apple has sunken to the fifth rank in smartphone popularity in China. It was declared that Xiaomi, Oppo, Huawei, and Asus were among those companies that surpassed Apple. Sure, they did, but the market is to be blamed for Apple’s fifth ranking. Due to sudden price increase following the market fluctuations, Chinese users, especially the middle class, chose to move to Android rather than expensive iPhone. According to leading reports, the crème of Chinese high-end society have remained loyal to Apple and are not planning to make a switch to Android devices, even if the device is popular one like Samsung S7 series.

Apple is still popular as it was previously, sure, it’s facing some tough times in China, but the iOS giant is not the only one. China is on its spree to trouble the Western companies at its best. Google, Facebook, are few of the prominent names in China’s blacklist.

The market fluctuation never bothered Samsung because the South Korean giant uses Korean Won to report its earnings, not U.S. dollars, which are strongest of all.

Rather than accepting figures of Apple, a throng of bloggers and analysts came up with a new norm, which suggested that there exists no growth potential for the range of premium smartphones, especially in the well-established and mature economies like the United States. Apple’s parent country, the United States, is a place where every individual who wishes to own an iPhone already owns one.

The iOS giant sold 61.2M iPhones in the second quarter last year, while this year, the iPhone sales were reported for 51.2M. Samsung, on the other hand, despite reporting a huge 25% year-over-year hike, only managed to sell 10M smartphones. Thanks to Samsung Galaxy S7 release, it drove the majority of sales out of these 10M units.

The real reason behind the success of Samsung in 2016 is Galaxy S7. The South Korean conglomerate lost the opportunity window in 2015 due to being unable to offer customer satisfaction following supply constraints in specific models demanded by the customers. This year, however, Samsung reported growth, not because Apple’s iPhone were less exciting, but due to fewer incompetencies in this year’s launch compared to previous year. Also, the introduction of new features like wireless charging, water-resistance, etc., gave the device an edge over other smartphones sold in 2016. Deals like free VR headsets and buy-one-get-one offers, sales from TVs and Tablets worked in the favor of Samsung.

The damage has been done, it certainly cannot be changed, but it doesn’t mean the future has to follow the same trend. Apple is leaving no stone unturned for its upcoming iPhone 7 release. The company is not planning to introduce any major changes in the device, but it’s introducing small yet powerful upgrades if iPhone 7 rumors are anything to go by.

Let’s wait and watch if Apple is able to boost sales following the launch of iPhone 7. Not only the brand’s name, but the smartphone economy is also at stake because Apple holds a majority of shares in the mobile market.