Lamborghini has always been extremely popular with motor enthusiasts ever since it was first launched at the Geneva Motor Show in 1966. On May 3, 2022, Lamborghini launched the third generation Huracán for GT3 class, the Lamborghini Huracan GT3 EVO 2 is stylish and a genie on the racetrack.

The newly-improved Lamborghini Huracan GT3 EVO2 is modeled after the Huracan STO and has performance-enhancing features for endurance and sprint races. The stunning design and body has been built in collaboration with Lamborghini Centro Stile. 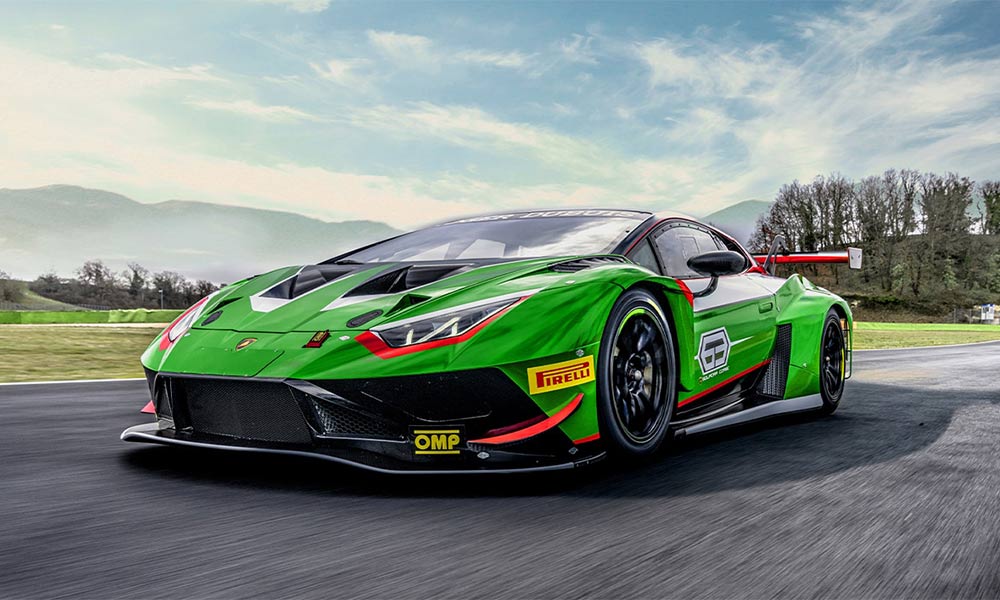 The Lamborghini Huracan GT3 EVO 2 is the spitfire you need on a race track.

Giorgio Sanna, Lamborghini Head of Motorsport commented, “The new Huracán GT3 EVO2 is not simply an evolution of the current car.” He adds, “It’s a new project that reinforces the technological transfer between Lamborghini’s motorsport division and the company and inherits two difficult tasks: to prove as successful as the previous generations of Huracán GT3, which have won more than 40 international titles in six seasons, and to match its commercial success by helping to reach the target of 500 Huracán racing cars since 2015.”

One of the best features of this car is that if you already own the Huracán GT3 EVO, you can simply upgrade it to the current model, instead of buying a new car. The upgrade can be made by purchasing a special kit that is available on request.

The GT3 EVO2 complies with the new FIA 2022 technical regulations and features all-new aerodynamic solutions and intake system. The Lamborghini Huracan GT3 EVO 2 engine is a 5.2-liter titanium V10 engine, which is extremely reliable, with electronically actuated throttle bodies attached to the power unit using only four screws. This solution, first tested on the Essenza SCV12, makes it easy to perform maintenance work. The airscoop is connected to a snorkel, which helps improve responsiveness to the throttle as it channels airflow directly to the engine. The Lamborghini Huracan GT3 EVO 2  also produces substantial horsepower that is channeled towards the rear wheels.  It is directed using a new six-speed sequential racing gearbox by Hor. In comparison to other Super Trofeo Omologata (STO) versions, the Huracan GT3 EVO 2 has a new aerodynamic package with a huge rear diffuser and a huge rear wing, which is mounted on aluminum alloy pillars.

The Lamborghini Huracan GT3 EVO 2 horsepower in the road-going version is 640 horsepower.

The Lamborghini Huracan GT3 EVO 2 has been developed and built on site in Sant’Agata by Lamborghini’s Squadra Corse racing division.

The redesigned roll cage has two rear pillars and the new carbon-Kevlar honeycomb side panels increase safety in case of impact on doors in compliance with the FIA 2022 regulations. The side panels have previously been tested on the Essenza SCV12. The plexiglass side windows are fixed to the carbon fiber door panel to provide better reliability.

The braking system has been updated with new calipers and pads designed by Squadra Corse. This feature will enhance performance in different types of races. A reinvented traction control system and anti-lock brake system, along with sticky Pirelli rubber tires, make it easy to control the car even in low-grip conditions. The Lamborghini Huracan GT3 EVO 2’s top speed is approximately 325km/h while it can go from zero to 60mph in under 3.2 secs.

The Lamborghini Huracan GT3 EVO 2 price is yet to be revealed, but is available for order through Lamborghini’s racing car sales team. Deliveries are expected to start by the second half of 2022, in time to make its racing debut in January 2023 at the Daytona 24 Hours.