The Moto G7 Lineup: The G7, Power and Play Are All Budget-Friendly Smartphones

Do you want to get the best value from a budget-friendly smartphone? Then you need to consider the G phones. The Moto G7 series offer you quality design, battery life, and screens obtainable from phones twice their cost. And yet again, there is no disappointment with this year’s G7 lineup. Motorola has decided to take away the bezels; offering bigger displays and stronger batteries.

This year, Motorola is set to release three versions of the G7: the G7, the G7 Power, and the G7 Play.  There is also a fourth one in the pipeline, a more powerful G7 Plus model, which will be released internationally.

The $299 G7 stands out as the top-of-the-line model among those three. Its 6.2-inch Gorilla Glass display has a resolution of 2270 x 1080 as well as a more subtle teardrop notch. More than its siblings, the G7 has 4GB RAM and internal storage of 64GB. It also comes along with a 12-megapixel main lens dual-camera setup on the back. For better portrait mode experience, the G7 has a 5-megapixel depth sensor, unlike other G7 phones with software-based portrait mode. The battery life is as strong as you desire and it supports the Motorola’s 15W Turbo Power charging spec and as such can give a nine-hour battery life from a 15-minute charge. 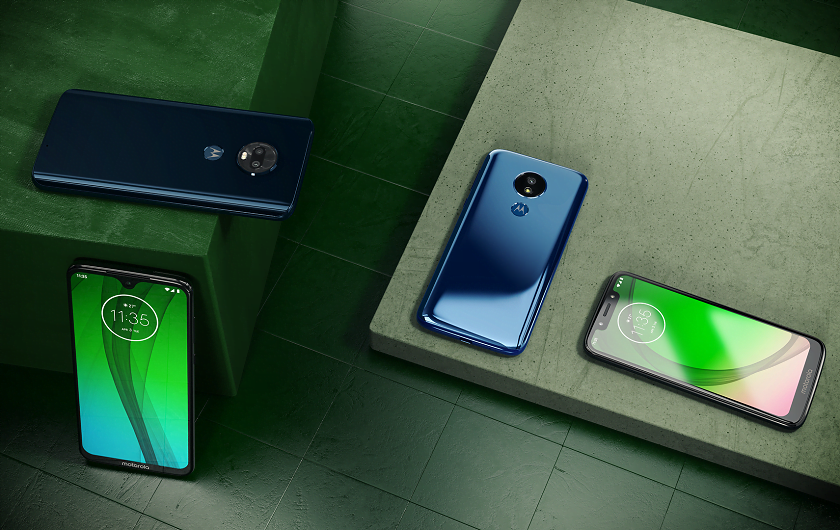 This year, Motorola is set to release three versions of the G7: the G7, the G7 Power, and the G7 Play.

Following closely after the G7 is the $249 G7 Power. It doesn’t offer the same premium qualities as the G7, of course, that why the Moto G7 price is higher. However, it has some features you won’t get from its pricier sibling. G7 Power comes with a massive 5,000mAh battery beating the G7’s 3,000mAh battery capacity and also supports the Motorola’s Turbo Power charging. The phone’s 6.2-inch display has a larger notch but a low 1520 x 720 resolution and has a single 12-megapixel back-facing camera. Its RAM is 3GB and the internal storage 32GB. Hence, if sheer battery life is what you seek in a phone, the G7 is your option.

Last on the 2019 Moto G lineup is the $199 G7 Play is. It’s both the smallest and the cheapest model of the three. Its 5.7-inch display and 1512 x 720 resolutions is a reflection of its small statue even though it has a larger notch than the G7 Power. The G7 Play has a RAM of just 2GB and its plastic case is very cheap.

Aside from their various differences, the entire G7 lineup has some features in common. They all possess a Snapdragon 632 processor, with Android 9 Pie, an 8-megapixel front-facing camera, offer rear-mounted fingerprint sensors and all charge via USB-C. Lastly and thankfully too, all the three models have the 3.5mm headphone jack.

At first, the Moto G7 will be sold unlocked by Walmart, Best Buy, B&H Photo, and Amazon. It will, however, be available later on Google Fi, Republic Wireless, and Ting. Aside from these carriers, other such as T-Mobile, Verizon, Xfinity Mobile, etc will directly sell the phones too. The G7 Play will be sold unlocked through Virgin Mobile, Republic Wireless, US Cellular, Boost Mobile, and Ting.