In 1903, the Grand Duchess Anastasia Nikolaevna, the youngest daughter of Russia’s last czar, was one of the first teenagers to take her own selfie using a mirror. Using the most popular camera back then, a Kodak Brownie, and a mirror to capture her self-portrait, the 13-year-old gazed at herself with curiosity. The photographic portrait went on to become one of the most bone-chilling selfies in the world. A 113 years later, Kodak finally launches an easy-to-use photography smartphone. Dubbed the Kodak Ektra, is a vintage-inspired handset named after the ‘70s 110 film camera range.

Kodak says it is a: “a photography-led smartphone designed for those with a passion for photography, from enthusiasts to experts.” Kodak has to launch a camera-centric smartphone. After all, an average human spends 54 hours a year taking selfies! 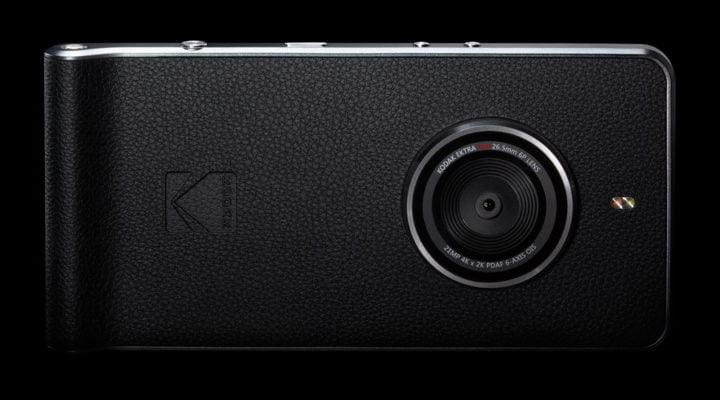 Kodak Ektra Camera is decked with a 20Mp Sony sensor. It features an f/2.0 aperture, a 6-axis optical image stabilization, and phase detection auto focus. Perhaps, the most interesting thing about its camera is the 26.5 mm 6P lens which also has an anti-reflective coating.

Kodak Ektra Camera is backed up by an exclusive software produced by Arcsoft. The camera app offers a range of shooting modes as well as a selection wheel to pick the one you want. It also offers basic camera settings like ISO, exposure, white balance, etc.

The Kodak Ektra has an impressive ergonomic design. It is wrapped in a dark, artificial “leatherette,” with a curved grip on one side and a dedicated shutter button on top. It’s not heavy as it looks and it is far more comfortable than Google Pixel XL.

It has a 5-inch screen with Full HD resolution. It’s decked with a deca-core MediaTek Helio X20 processor with 3GB of RAM and 32GB of internal storage. For users who want a bulky memory card, the Kodak Ektra offers expandable storage with a Micro-SD slot. It can hold up to 128GB cards.

Its other specs include a 11ac Wi-Fi, a rear mounted speaker, Bluetooth 4.1, a USB-C port (with Pump Express fast charging). It also has a non-removable 300mAh battery.

Currently, the Ektra is available only in Europe for £449 ($550). Comparatively, it’s quite cheaper than the iPhone 7 Plus and Google Pixel XL, both of which are sold with much emphasis on the camera.

You can also buy a £29 slip case, or a camera case for £59, both made from real leather and available in brown or black.

The Kodak Ektra will launch first in Europe and the UK followed by other geographies in 2017. Kodak will soon line up the devices at various retailers and network operations in the UK. You can buy the Ektra smartphone from Kodak.com.