This Amazing Airbag for Smartphone Can Save You Hundreds of Dollars

You are doing a final editing of a presentation on your Smartphone which is to be delivered in next 5 minutes. Meanwhile, the device simply slips from your hands. Now either the presentation will happen or there is another burn on your pocket. Okay, this is something similar to watching a horror movie and you don’t want to start your Monday like this.

Don’t worry, soon we may see no phones with broken screens, thanks to a German student named Philip Frenzel of the University of Aalen. He has designed an “airbag for Smartphone” as a part of his bachelor thesis. It’s named Active Damping case or ADcase which can make any mobile phone unbreakable irrespective of the height it falls from. 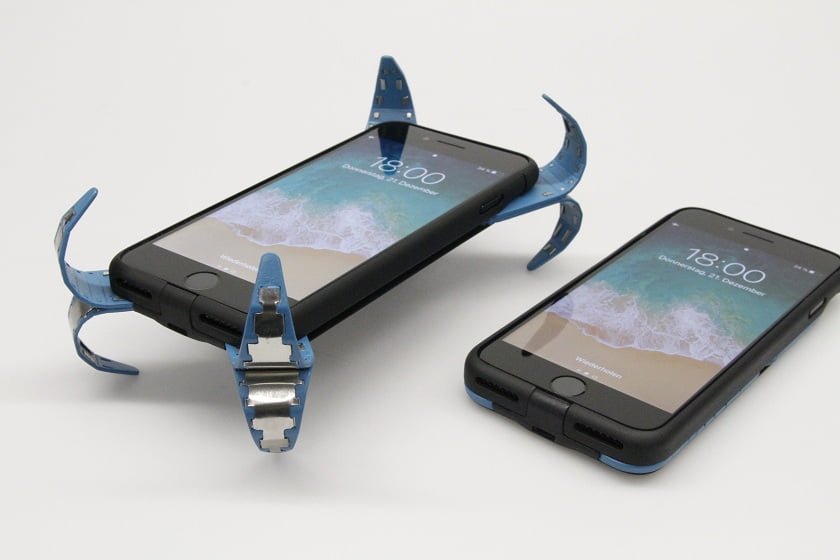 This innovative gadget is awarded the nationwide Mechatronics Prize 2018 by the German Society for Mechatronics. Source: ADcase

In fact, this innovative gadget is awarded the nationwide Mechatronics Prize 2018 by the German Society for Mechatronics.

The seed of designing an airbag for Smartphone was sown when Frenzel casually threw his jacket over a banister with a brand new iPhone in its pocket, reports German publication Preview Online. The new phone, of course, had a great free fall and its display shattered into pieces. After spending a good amount of money on replacing the display, the phone worked only for two weeks and then everything went blank. Because of that crash, all the electronics in iPhone got damaged. He looked for better protection cases in the market for the next phone and he did not feel content with his research.

“Packing the iPhone with its aesthetic design in a chunky outdoor shell is not fun,” says Frenzel. Post this incident, he closed down on his next invention research subject revolving around creating a Spider-App for protecting mobiles.

The ADcase project will land on crowdfunding site, Kickstarter within a short period. Source: ADcase

To begin with, Frenzel thought of developing an airbag similar to one integrated into the cars. But that did not seem to be practicable on such mini device. At a later stage, he thought of leveraging his mechatronics study to his concept of a mobile airbag.

His supervisor, Prof. Dr. Arif Kazi acknowledging Frenzel’s efforts, said: “It’s great when students bring their own ideas and projects, for which they burn, to the university. Since they learn much more intensively than in the courses – we like to support that!”

And eventually, the student figured out a Eureka moment for the “Spider-App”. Frenzel created a thin protective case comprising in-built sensors that detect the free fall of the mobile phone and a metal spring that opens up like fangs cushioning it during the fall.  It keeps the phone at least 30 mm away from the floor. The mobile case legs then could be folded in manually, so that the phone is protected from the next fall.

The invention is now patented. Presently ADcase can protect iPhone 6 and above models including iPhone X.

Frenzel, with Peter Mayer, a graduate in economics at Aalen University of Applied Sciences has founded a start-up, frenzel + mayer solutions to commercialize ADcase. The project will land on crowdfunding site, Kickstarter within a short period.

“We want to be able to finance our livelihood with it,” said Frenzel and added, “In short, we hope for a hype.”