This Lickable Device Can Stimulate Any Flavor

The Norimaki Synthesizer can create the taste of a burger by eliminating excess flavors.

Humans love food because of the way it tastes. Whether it’s the spicy flavor of wasabi on a sushi roll or the sweetness of the frosting on a cupcake, eating good tasting food is what life is all about. The taste comes from the tongue which can sense only five basic tastes which are triggered in various combinations of foods. To trick the tongue, a group of researchers at the Meiji University of Tokyo have created a lickable device that can stimulate any flavor.

Japanese researcher Homei Miyashita has developed a lickable device that is capable of producing any flavor when you lick its surface.

The lickable device uses five gel nodules made out of dissolved electrolytes to reproduce any arbitrary taste without the user having to ingest anything. The electrolytes include – sodium chloride, glycine, magnesium chloride, citric acid and glutamic sodium. When poured in water, each gel created highly concentrated blends. 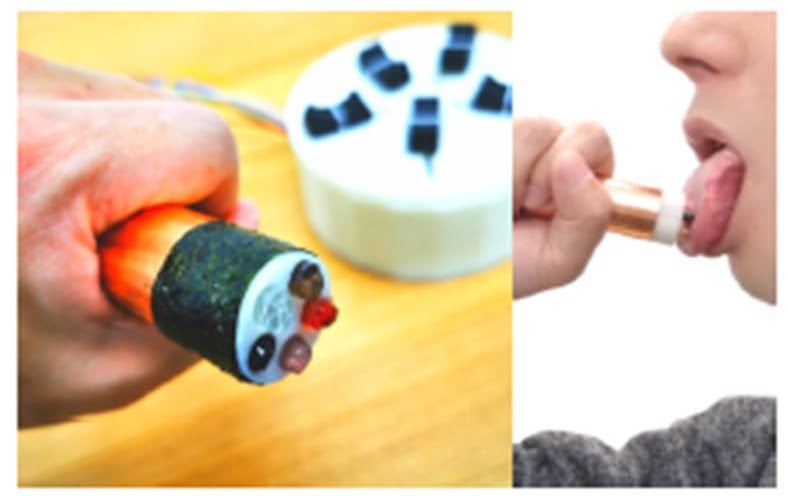 Miyashita – a researcher and professor at Meiji University in Tokyo – and his team believe the gizmo opens new possibilities for human-computer interaction. The Norimaki Synthesizer could open doors to multimedia experiences.

Researchers have likened the process to optical displays that reproduce colors from three basic colors: red, yellow and blue.

“Like an optical display that uses lights of three basic colors to produce arbitrary colors, this display can synthesize and distribute arbitrary tastes together with the data acquired by taste sensors,” Homei Miyashita, researcher at Meiji University, explained in a paper uploaded to the university’s website.

The lickable device fooled participants into experiencing “the flavor of everything from gummy candy to sushi without having to place a single item of food in their mouths,” according to Miyashita. 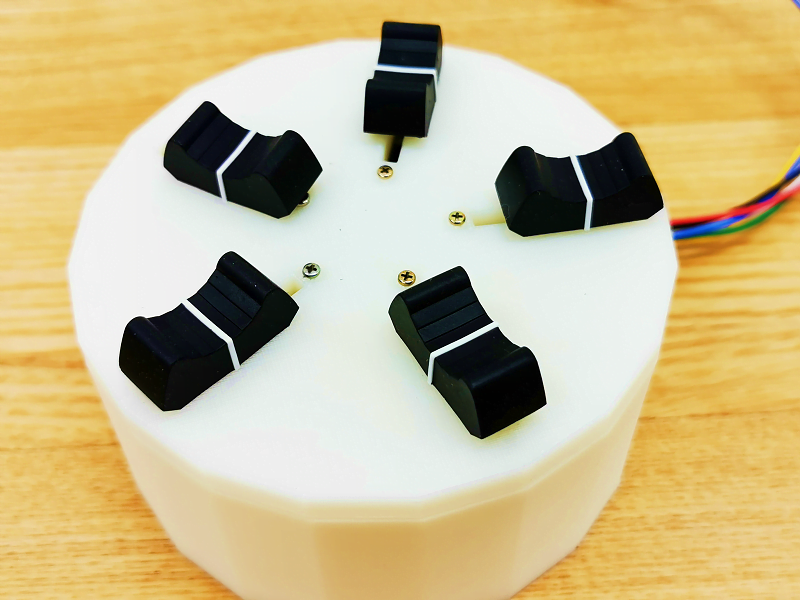 Variable resistors are connected to the ends of each of the five gels. It is shaped like a pentagonal radar chart of taste.

“In this way, we have developed a taste display that reproduces an arbitrary taste by individually suppressing the sensation of each of the five basic tastes (like subtractive synthesis).”

When we wrapped the device in dried seaweed, presenting taste of salty and sour with seaweed scent causes illusion of actually eating sushi,” he added.

Many tech researchers are experimenting with different ways to replicate physical experiences. Studio Tada has developed a haptic fingernail that allows the wearer to experience virtual reality. Students at the RCA have created a device that licks you like a puppy during a phone conversation.