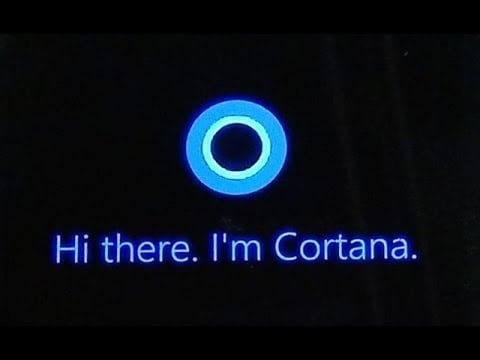 Tech giant Microsoft has released a latest preview of Windows 10 for PCs, which will majorly focus on its digital assistant, Cortana. The company has also announced that Lumia devices’ firmware updates, hereafter, will be published automatically for Windows Insiders.

Windows 10 is a platform for service and Satya Nadella’s company is still working on it, which means latest builds will be available for Windows Insiders.

In the latest update, you can save useful data by simply setting reminders having less data, and you can add particular details, for instance, time, people, and location. The software giant has also promised that in upcoming builds, their digital assistant will certainly be capable of retrieving requests in a manner like an actual personal assistant or secretary would.

So far, for PCs, Microsoft Windows 10 had only two different backgrounds, one for log on and the other for lock screen. From now onwards, it will display a single mode background, almost identical to Windows 10 smartphones. In case you are using a background set of customized lock screen, the lock screen will be visible on display for both the logon screen and the lock screen. This update will be available as a future build for the users of Windows Spotlight.

Last, but certainly not the least, the software mammoth now has an improved version of Japanese IME, so you can expect an extended prediction data and smoother experience while typing.

The latest build includes the below mentioned bug fixes: