A team of NASA astronomers has discovered three supermassive black holes which appear to be on a collision course, a billion light-years away from Earth. 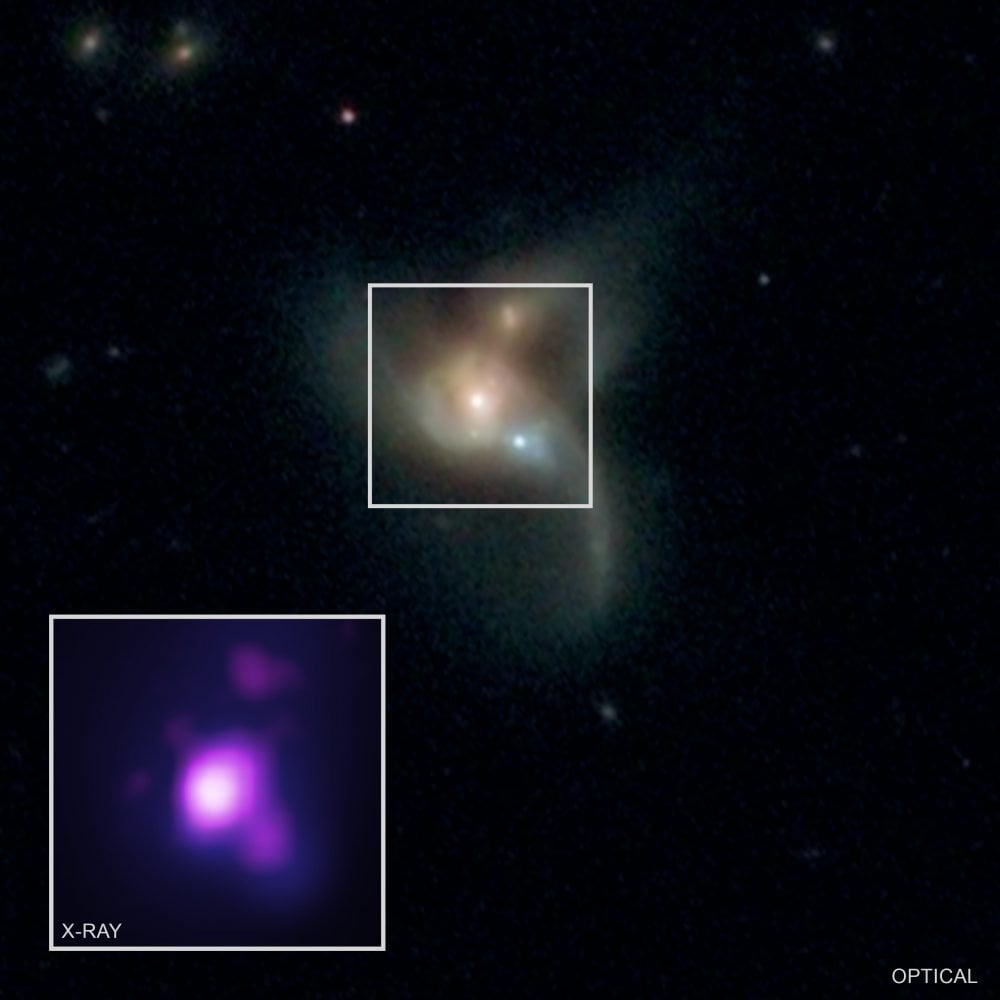 Researchers from George Mason University has published their findings in the latest issue of The Astrophysical Journal.

“Optical spectra contain a wealth of information about a galaxy,” said co-author Christina Manzano-King from the University of California in the statement. “They are commonly used to identify actively accreting supermassive black holes and can reflect the impact they have on the galaxies they inhabit.”

Astrophysicists have predicted that the orbit tightens and the supermassive black holes merger over time. This event produces intense gravitational waves that ripple through space and time.

The biggest promise of this rare event is that it would help astrophysicists learn how much time it takes for black holes to merge. Successful detection of gravitational waves would also help us get a better understanding of how galaxies evolve.