Tidal vs Spotify vs Apple Music: Which is the Best Music Streaming Service?

Tidal vs Spotify vs Apple Music

Despite severe competition in the music and streaming industry, few notable differences make these major platforms unique. With the best music streaming services, users have numerous songs at their fingertips, and with our comparison between Tidal vs Spotify vs Apple Music, you will get to know about the remarkable features of these popular music streaming apps.

Tidal vs Spotify vs Apple Music: Cost and Availability

Apple Music and Tidal were launched in 2015. Since then, Apple Music has been highly prevalent in the US. These three music streaming services have their pros and cons, considering Tidal vs Spotify or Spotify vs Apple Music, we will get to know the best app based on various attributes. The subscription for Apple Music is available for £14.99/month that can be utilized by six users. Tidal is dominated by Jay-Z and various other flourishing music artists. The company makes sure to pay the artists more than Apple Music for each stream. Apple Music allows a free trial service for three months whereas Tidal offers a free service for less than 30 days, in both cases, the services get converted to a paid one if the user does not remove it before the trial period is completed. There’s a complimentary basic version available to Spotify users, but this is confined and ad-supported. Spotify lets you split costs, the subscription of £12.99 allows two users and Family Tier available at £14.99 that is accessible by six users.

The Verdict: In terms of free service Spotify is the clear winner.

Tidal: Tidal is rightly appreciated for its HiFi tier at £19.99 a month, which proposes several good-quality listening alternatives than most contenders. To experience master-quality audio recordings, Tidal Masters is obtainable at no additional cost to individuals who already hold a Tidal HiFi subscription. 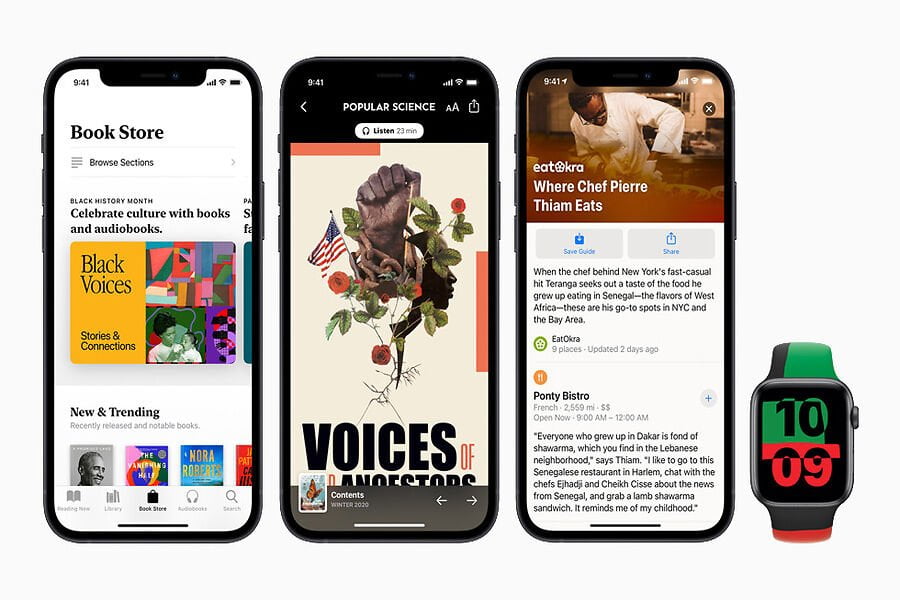 Apple Music: Apple Music gained more attention after the disclosure of Lossless audio streaming at zero additional charges. This meant that any subscriber had the liberty and access to 75 million tracks by continuing to pay just $9.99 per month. Besides this, the company also introduced Dolby Atmos support where numerous tracks will be accessible in Spatial Audio through Dolby Atmos at launch.

Spotify: Spotify is also a recognized name in the music streaming industry. It offers several music discovery services, that involve the Discover Weekly playlist. It is regularly implementing new services, for example, Stations to obtain more awareness. Spotify Premium costs $9.99 per month that offers a completely ad-free experience. Spotify Connect, which is the service’s methodology for uniting with third-party devices makes it more convenient to connect to several products, such as wireless speakers, gaming consoles, smart TVs, etc. Spotify lets you add people and know the tracks they’re listening to. Spotify is excellent for exploring new music along with enjoying the old-school picks that bring back those fond memories. 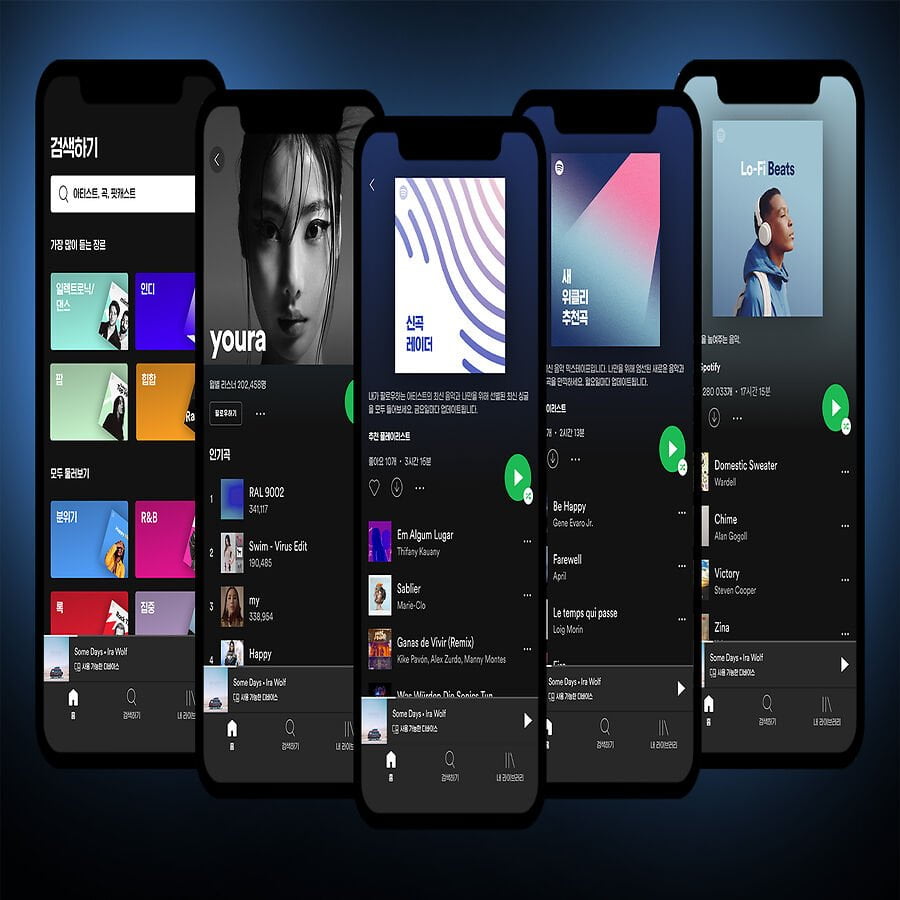 The Verdict: Considering exclusivity, Spotify is the clear winner

Spotify: Spotify ticks all the boxes and is very simple to use. The collaborative playlists with the latest music suggestions are an added perk. The playlist quality and intensity are awesome. People who desire a reliable all-around service, and particularly the individuals who prefer to create, scan and share playlists for every situation. On Spotify, you can make your playlists and can also jibe them for offline usage.

Apple Music: Apple Music is by far the best option if you’ve accumulated a huge array of music downloads. One can upload up to 100,000 songs to the iCloud Music Library, the quality improves and automatically upgrades. Human music specialists and algorithms help decide the track or music the user will crave to hear based on the previous plays.

Tidal: Tidal manages to do a personalized creation even better. Using Tidal, one gets the perception that the service comprehends what the user is interested in, and accurately recommends collections and playlists of appropriate relevance. It also has loads of video content, along with concert live streams. This is the best suitable app for musically prone individuals who profoundly care about sound quality and finding new, up-and-coming experts.

The Verdict: Tidal wins the competition in terms of user experience 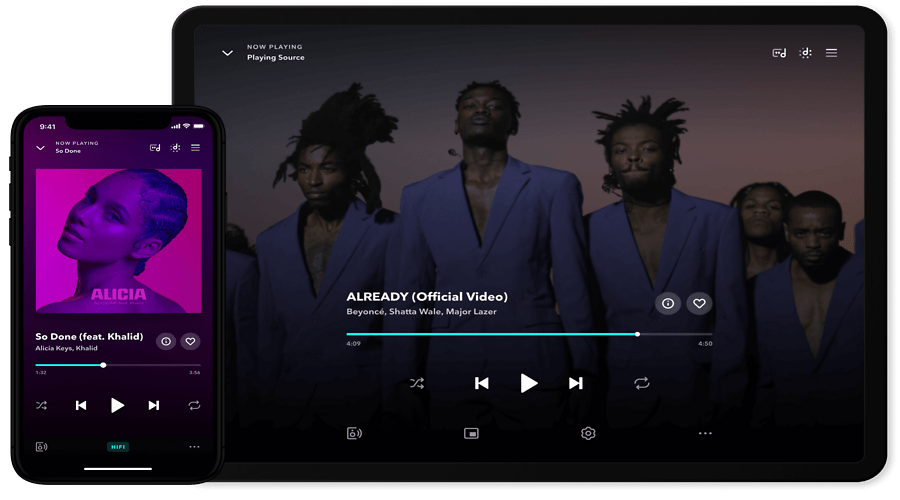 Tidal Hi-Fi gushes up to 24-bit/96kHz, with MQA encoding. This service has also begun to extend Dolby Atmos, for subscribers of their TV app. Apple Music currently doesn’t provide hi-res audio since Apple’s AAC codec is barred at 256kbps. But as the codec is more efficient, the perceived audio quality is pretty much the same. When asked about sound quality, Tidal nails it. Unlike Apple Music or Spotify, users of Tidal’s HiFi tier get 24-bit MQA audio, along with the choice of Dolby Atmos. Spotify also has a social perspective to the platform, that allows the users to pick to share what they’re listening to, gather playlists with different users, and follow the artists they admire be informed when they deliver new music or declare a forthcoming show. Apple Music also entertains exclusive content like the Apple Music Hits, Apple Music 1, and Apple Music Country radio stations. This makes it a preferable choice for some Android users to download the Google Play store’s version of the app. Spotify is yet to begin its comparable HiFi service. Subscribers of Spotify can decide among five sound quality levels like automatic, low, high, normal, and very high.

The Final Verdict: In terms of notable points regarding Tidal vs Spotify vs Apple Music, with regards to sound quality, Tidal is the obvious champion. Subscribers to Tidal’s HiFi tier get 24-bit MQA audio, along with the choice of Dolby Atmos. That’s like icing on the cake. Spotify and Apple Music simply don’t come nearby.