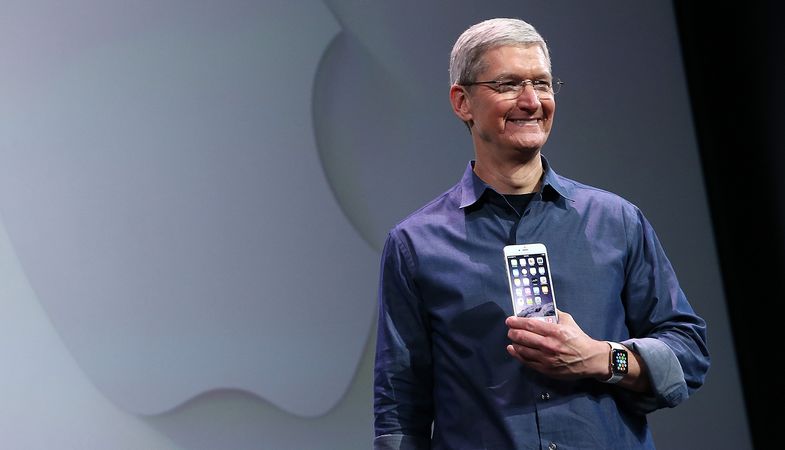 It’s a good thing that Steve Jobs is not here to witness the major Apple crisis, which is going on recently. From the massive sales drop in Apple’s beloved money-making baby ‘iPhone’ to worst quarter in the decade, Apple is struggling like never before. Apple Exec. Tim Cook visiting China may not help the company to emerge totally out of the crisis pool, but it can certainly push it towards the shallow end. Well, at least let’s hope it does as China is one of the biggest markets for Apple.

Apple is facing a major setback in its most important market overseas i.e. China. Under the reign of President Xi Jinping, the country is trying to minimize its dependency on foreign technology. The strategy is being applied to major sectors like insurance and banking. American multinational giants in China have strongly opposed the new set of regulations, which according to them threatens to segment them out of major Chinese industrial sectors. Many foreign companies have suffered shut down due to harsh censorship, sparking an outcry from business groups and overseas governments.

Even under extreme conditions, Apple has been cradling in the lap of China as one of its most beloved foreign tech companies. The romance between Apple and China kept growing stronger every passing day until recently the country started troubling the iOS giant. Tim Cook visiting China is nothing like some major news as he has been a frequent visitor since he took the helm of Apple i.e. five years ago. The matter that concerns here is that his latest visit arrives during a period of major Apple crisis.

The online stores for movies and books by Apple were merely launched six months back. The closure of online Apple stores seeks to integrate Chinese officials’ control on media and the web. Apparently, such intervention has left Apple investors in a sheer state of worry. Last week, one of the major shareholders of Apple, Carl Icahn, sold his share in the company. He cited worries about Apple’s market in China that very soon Chinese government can make it extremely troublesome for Apple to do business there. Still the purpose of Tim Cook meeting Chinese officials could show some light at the end of the tunnel for all we know.

Numerous obstacles have hindered the growth of sales in China for Apple this year. Apple lost a dispute regarding iPhone trademark in China, the iTunes Movies and iBooks Store services were reportedly suspended, and 26% of Apple revenue dropped in last quarter in China. This has certainly raised serious concerns over growth momentum of Apple. China reportedly generates the second largest revenue for Apple in the world.

Tim Cook visiting China can possibly help his company to move forward on a fresh note in the country of dragons. This can also help Apple strengthen its hold back in China, but let’s just say, it’s merely an assumption. We cannot deny the fact that it’ll take a lot of effort, maybe a strong launch, for instance, iPhone 7, to bounce back at its position. Let’s wait and watch.

What are your views regarding this visit? Do you think Cook’s upcoming visit will help Apple to come out of the crisis it has landed in? Share your thoughts with us.